Gonzaga's Ayayi declares for the NBA draft without an agent

The redshirt sophomore guard maintains his eligibility for next season should he return. 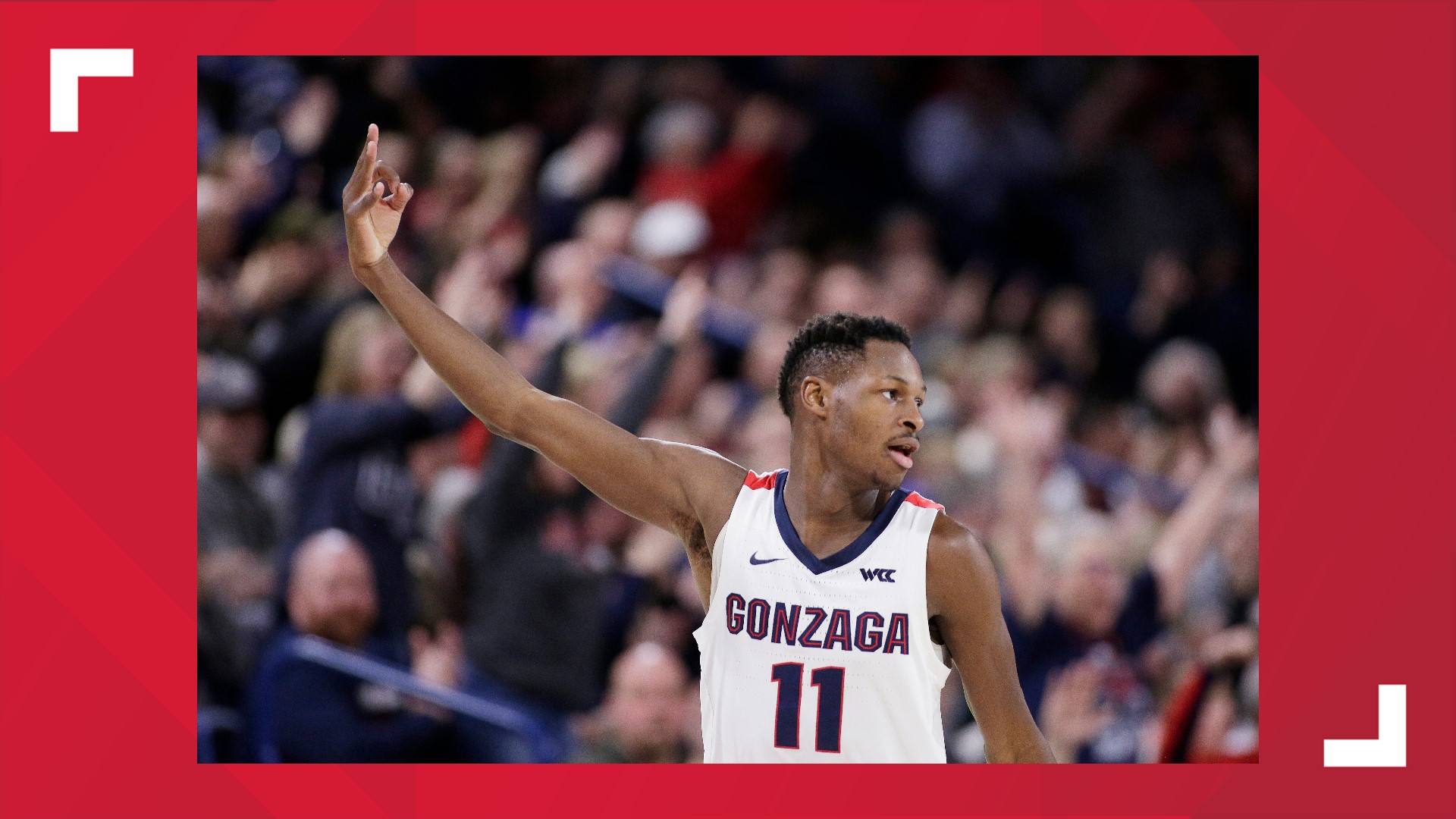 SPOKANE, Wash — Joel Ayayi became the latest Gonzaga player to declare for the NBA draft Saturday morning. He joins Corey Kispert and reportedly Filip Petrusev as Zags who have declared for the draft.

Ayayi will not hire an agent, which means he maintains his eligibility for his junior season.

"I am entering the NBA draft, but my number one option is still to return to Gonzaga. I love the coaches, the school and my teammates," said the guard in a statement released by Gonzaga. "There is still a lot of uncertainty with what might happen to next year's NCAA season, so entering the draft gives me a little more time to evaluate that. I am not hiring an agent and will work directly with Coach Few and the GU coaching staff to make the best decision prior to the NCAA draft withdrawal date. Zag Up!"

"I think it's my job as a player to seek more feedback," Ayayi said. "For me, I know it's obviously a weird time, but I had to do it and I did it."

Ayayi has until June 3rd to either stay in the NBA draft and go pro, or withdraw and come back to school.

Ayayi said he's excited when he likely returns for how good Gonzaga will be next season.

"I'm really looking forward to next year, we have a lot of great players," he said. "It's going to be a really good team, I couldn't ask for more."

The Frenchman had a break out season for Gonzaga, working his way into a starting role. Ayayi was named the WCC Tournament's Most Outstanding Player. He had 14 points and nine rebounds against San Francisco in the semis and 17 points and seven rebounds against Saint Mary's in the championship. Ayayi averaged 10.6 points per game and 6.3 rebounds per game this season.