The ninth-seeded Cougars made the tournament for the second time in program history but couldn't make it past eighth-seeded South Florida in the first round. 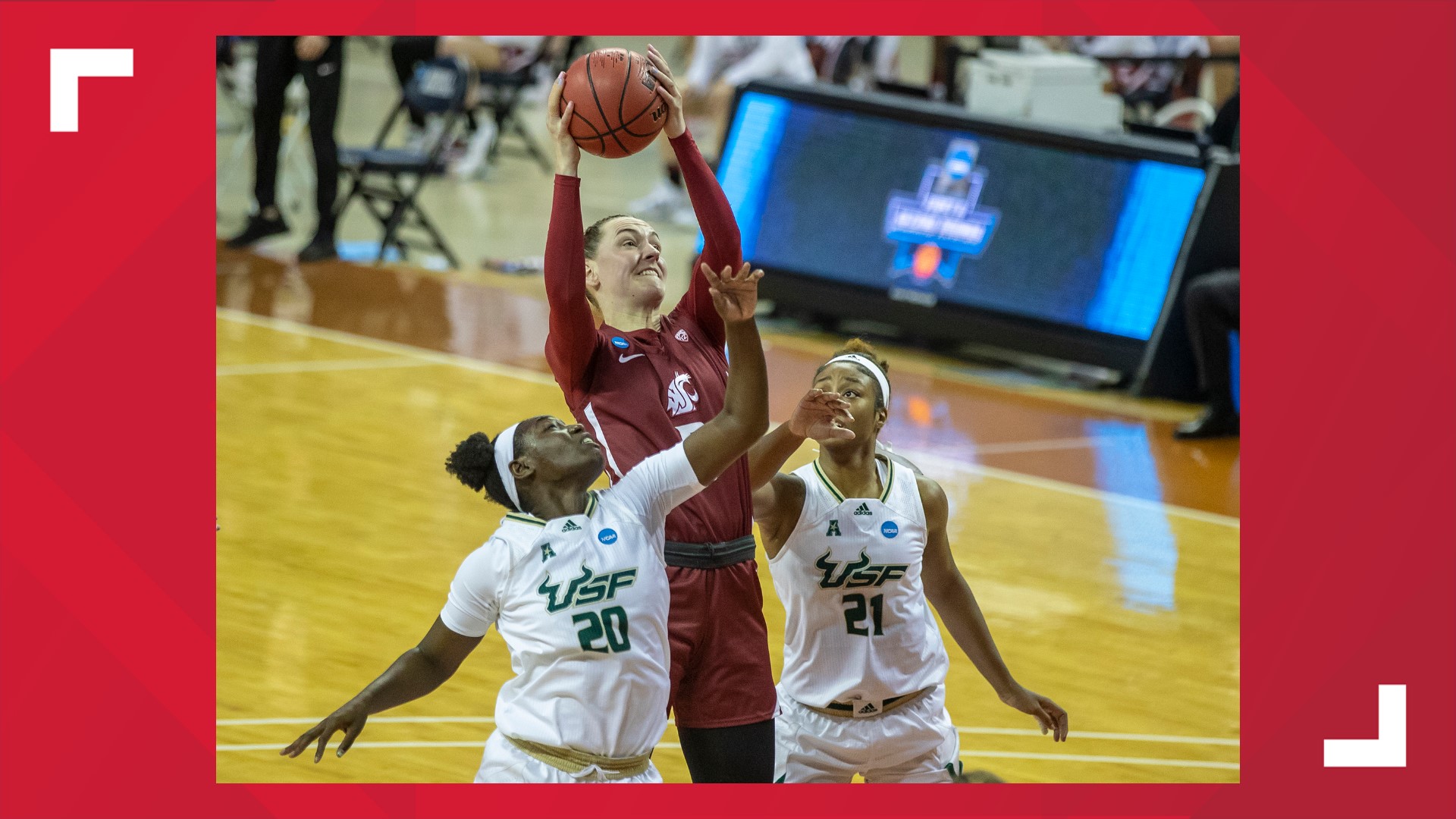 SAN ANTONIO — The #9 Washington State women's season came to an end with a 57-53 loss tp #8 South Florida in the first round of the NCAA Tournament on Sunday night.

The Cougars were down 12 at one point in the first half before coming back and tying the game after halftime. Freshman forward Charlisse Leger-Walker led the Cougars with 18 points, with Sophomore guard Johanna Teder adding another 16.

South Florida was led by Sophomore guard Elena Tsineke, who had 18 for the Bulls in the win. The Cougars shot 30.9% from the field compared to South Florida's 37.9% clip.

This year's appearance was just the second in program history for WSU. The first time the team went to the big dance was back in 1991. The program had several big wins this season, including their first-ever win over a top 5 program when they beat No. 5 UCLA. The Cougars also beat Arizona and Oregon State twice.

The Inland Northwest still has one team left in the Women's NCAA Tournament - Gonzaga's women play on Monday at 1 p.m. against 12-seed Belmont.

The Cougs weren't supposed to be in the NCAA Tournament this year, at least according to other people.

"Being picked 12th and hearing that in the gym, it just fueled us so much... Super proud of how we took that on the chin and came out and performed."-@Char_legerwalks pic.twitter.com/PFzqU70sir