With no fans or band allowed, Martin Stadium will be lacking its normal sound. WSU recreated the sounds for home games to give it a gameday feel. 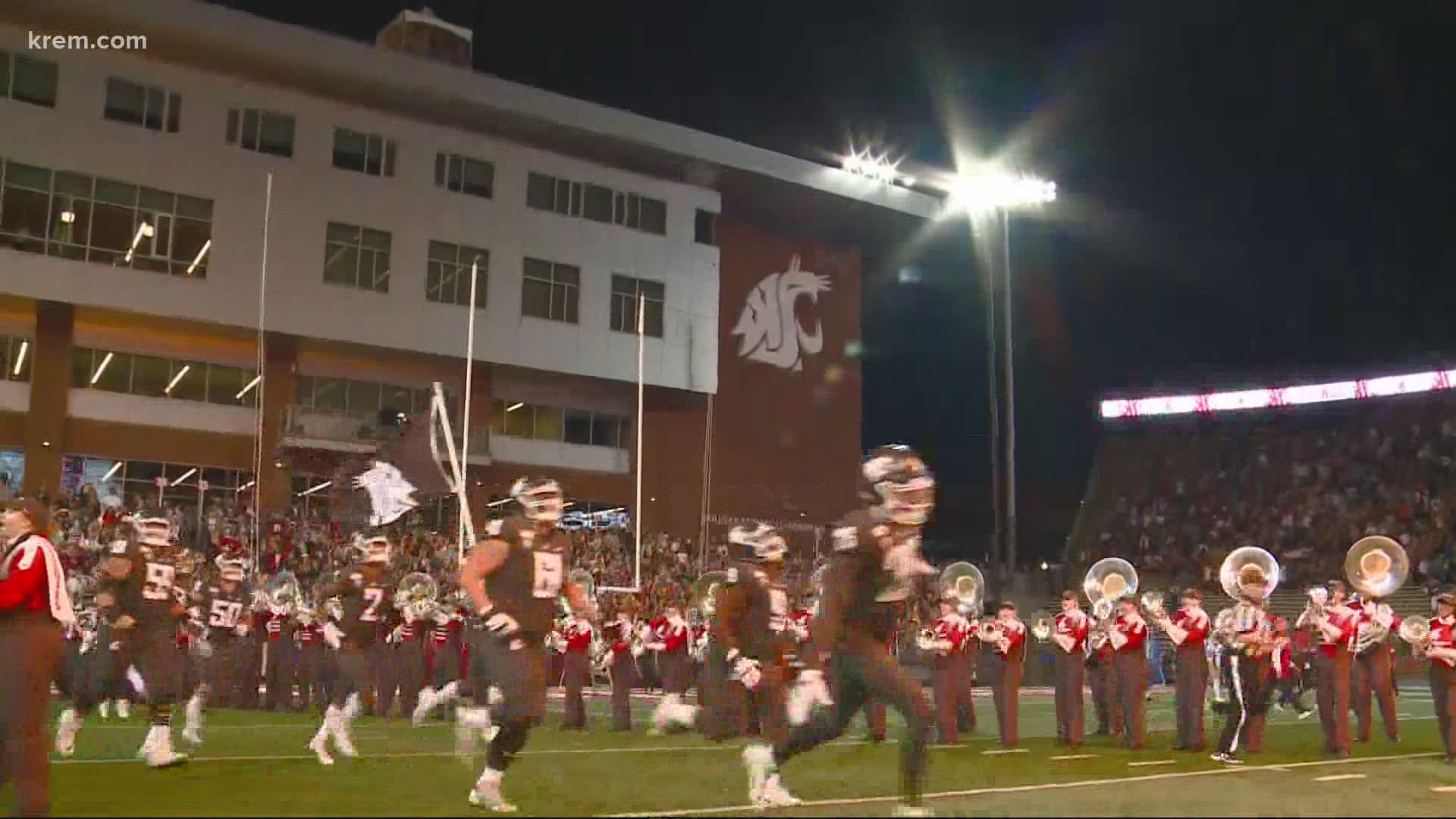 PULLMAN, Wash. — It will definitely be a different atmosphere when Washington State football takes on No. 12 Oregon this Saturday inside Martin Stadium.

There will be no fans or band allowed to games this season. However, WSU has recreated the iconic sounds one would hear at a home game for the players and those at home to hear.

"Thinking about no fans in the stands initially and how we can make this really meaningful to to our student athletes is something we've taken to heart," Associate Director of Athletics Matt Zollinger said.

Those who helped put the sounds together say it's not quite the same, but it does come close.

"I would say from a scale of one to ten, it is a heavy eight," Director of Marketing and Fan Experience Jennifer Chow said. "It's pretty close. We have band recordings that our band recorded for us, and Jaws is very interactive on the band side."

They have a sound set up for big touchdowns, punctuated with, "Touchdown Cougs," said by Pullman Mayor Glenn Johnson over the public announcing system.

Johnson will be inside Martin Stadium announcing the game. His iconic touchdown call will likely be a part of the cued noises. However, he will still get to say another well-known phrase.

"And that's another Cougar first down," Johnson said, giving an example of his announcing skills.

The school confirmed to KREM 2 that there will be a row of former WSU basketball star Klay Thompson cutouts, from his time in college to winning an NBA Championship.

Fans will also have a chance to interact through their phone, tablet or computer. Washington State will have ways you can watch the raising of Ol' Crimson in the stadium and player intros as well.

It certainly won't be the same, but it will have a familiar feel when Washington State plays its first home game on Saturday.

Kickoff is set for 4 p.m. against the Ducks.

Washington State’s football home opener vs. Oregon will have:

- Mayor Glenn Johnson will still announce the game inside the stadium

- These iconic sounds from the crowd and band pic.twitter.com/IeLyr65Zkp