The Spokane native takes his three fight win streak into the main event on Jan. 20 in Abu Dhabi. 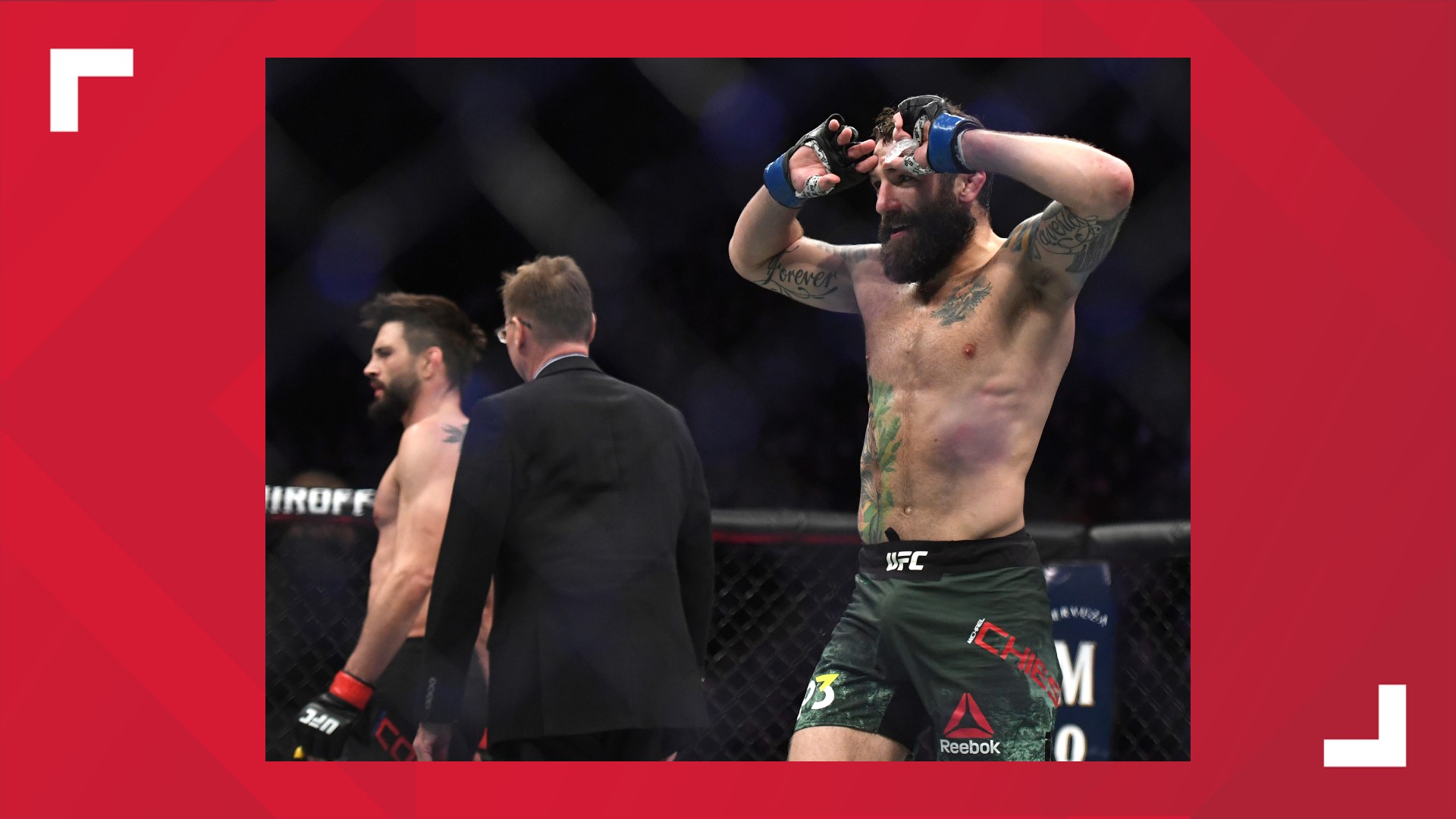 The fight will take place in Abu Dhabi inside Etihad Arena. Chiesa is 17-4 overall in MMA and 10-0 in UFC. Magny, who is on a three fight winning streak, has a 24-7 in MMA and 17-6 in UFC. Chiesa is ranked the eighth best fighter according to UFC, Magny is ninth.

It has been one year since Chiesa has fought his last bout in a unanimous decision against one of the best fighters in his class Rafael dos Anjos.

"It's been a very tumultuous year," Chiesa said, "It started with that great win over Raphael dos Anjos. I thought it was going to be the best year ever. Then coronavirus hit and just like everyone else I was in quarantine."

Chiesa said he had knee surgery since his last fight, but kept active in the broadcasting booth with ESPN as an analyst.

He was ready to get back into the octagon though.

"I enjoy fighting more than I enjoy anything else in the world," Chiesa said.

Magny will pose a challenge, as he is taller than Chiesa and has a longer reach compared to the Spokane native's last couple of fights. Chiesa said he's ready.

"I'm peaking at the right time," he said. "I'm ready man. When you prepare for a main event, you take your preparation to a new notch."

He's ready to get back into fighting and find the success he wanted to have last year before the pandemic.

"At 33 years old, I feel like these next few years are going to be exciting for me. I just got to get through this guy on Jan. 20. It's not going to be easy, but I'm built for the test. I'm ready to go."

The main card will start at 9 a.m. on ESPN +. Chiesa said he expects his fight to start around noon.