The new facility means high school football will be played in Mead for the first time in 50 years. 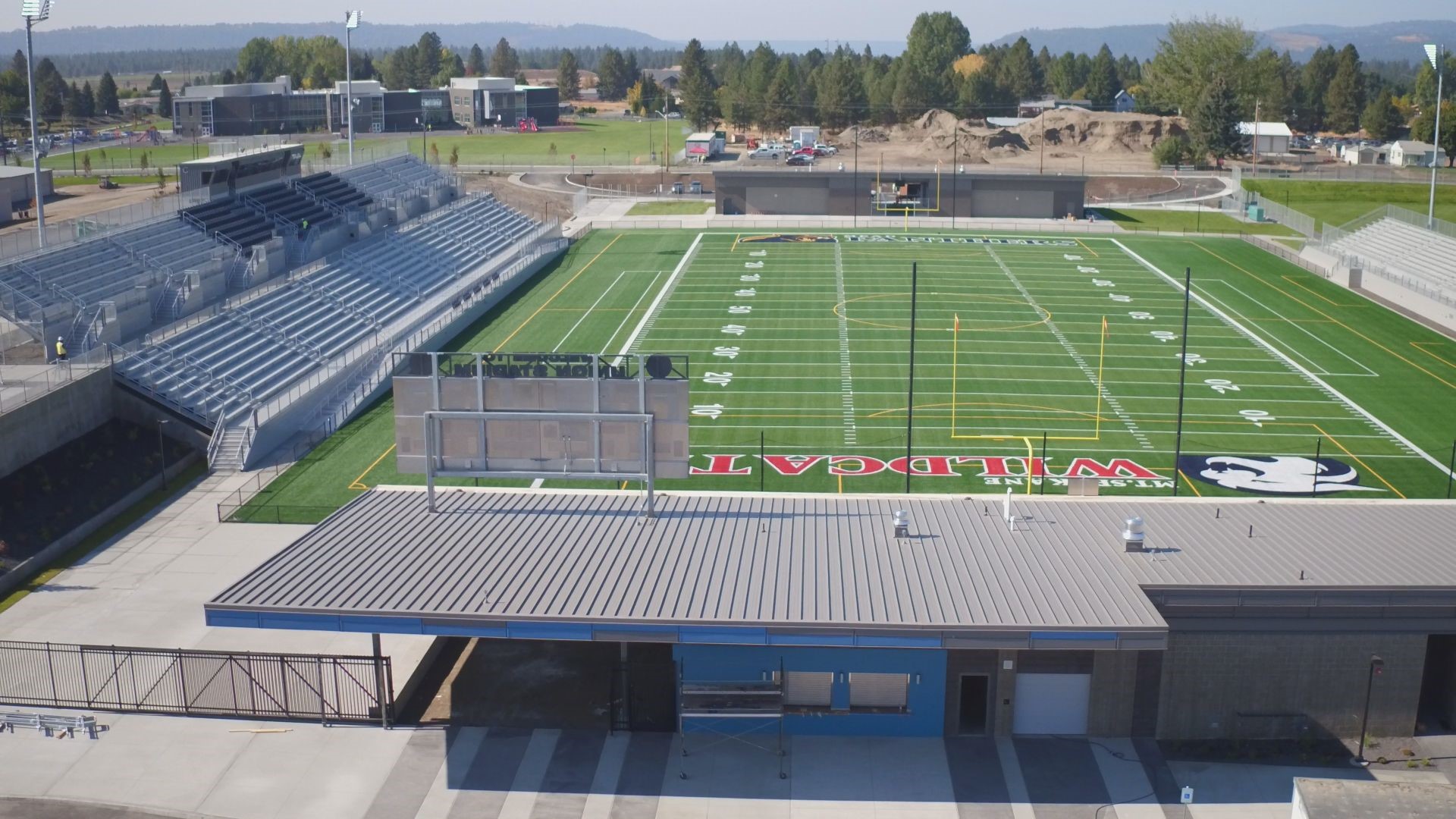 MEAD, Wash. — 1971 was the last time high school football was played in Mead, Washington. Since then Mead High School and Mt. Spokane High School have both played "home" games in Spokane's Joe Albi Stadium-- A stadium that literally belongs to another school district.

"I can't even begin to fathom how they're going to feel or what they'll say," said Mead school district's Director of Facilities Ned Wendle of what the community's reaction will be whenever a football game can be played at the new Union Stadium. "I know for myself, standing on the 50 yard line, you can't help but feel like a gladiator. It is probably one of the coolest experiences to just stand out here and look around at what you're a part of and what you're in."

The $24 million facility was a part of a 2018 bond that received overwhelming support by the community. 67% of Mead residents voted for the $114.5 million bond that also included a new middle school, a new elementary school, a new performing arts center, new baseball and softball fields, and a new transportation center.

As you can imagine, with that amount of money directed towards the stadium, it is state of the art.

1 / 8
KREM
The district has chosen to honor their two high schools in each end zone.

The home stands have 3,000 seats with 400 folding chairs with cupholders, while the visiting stands have 1,500 seats.

The field is big enough to host a professional soccer game, while the turf is also the best of the best.

"It's as good or better than any other high school teams have," said Wendle.

The lights at the field will also catch people's eye. They certainly don't look like the traditional stadium lights and spoiler alert-- They're a lot better than the traditional kind.

"They're higher lumen than any other high school field in the state of Washington. They're set up bright enough that you could play a college game here, and you'd be able to put it on TV," said Wendle.

On more of the technological side, the audio system so booming that employees on the other side of the street can hear it clearly and the stadium will also have a built in broadcasting system.

"We have a Pixellot system being installed in the announcing booth. What the Pixellot system will allow us to do is broadcast games or performances to grandma and grandpa down in Phoenix. They're going to be able to watch this and just dial right in to the app," said Director of Maintenance Travis Bown. "It won't be locked out regionally either. The system is very clever. It follows motion throughout the field and is actually able to scan the entire thing back and forth without having someone actually man a camera."

At the entrance of the stadium there will also be a bell tower which well be the new home for the bell that is Mt. Spokane and Mead's rivalry trophy.

The building represents so much more than just a building to this area though. Both Bown and Wendle know that well, since both of them went through Mead's schooling system as students.

"I think this will be an opportunity for the Mead community to have a spot to come together. To feel like this is both sides'. It's not really one team specifically. I really look forward to see the community come back together and celebrate the Mead School District," said Wendle.

In fact, one of the many reasons why the district decided to name the stadium Union Stadium was the idea of bringing the east and west sides of Mead together in the space.

"We talked about bringing the east and west side of our district together in a union. Then also this actual piece of real estate was originally Union High School back in 1926. Then George Mead was the union general they named the town after. So we have a couple of 'Union's' in the history aspect of this real estate. That's really how we ended up at the end of the day with Union Stadium was for the history and hopefully the future," said Wendle.

This project is also helping to lift up the neighborhood as there seems to be more kids and families playing outside there than ever before.

"One of the most touching moments we had recently was a neighborhood gentleman came up to us, and he told us that seeing people back in this neighborhood is breathing life back into it," said Bown.

For right now though the building sits awaiting it's debut. When that does happen, it'll be a dream come true for Bown.

"I'm a wreck right now during this interview just talking about the kids coming back. It's going to be incredible. The feeling of doing something good and being a part of that for generations to come? It can't be beat. This is a great job," said Bown. 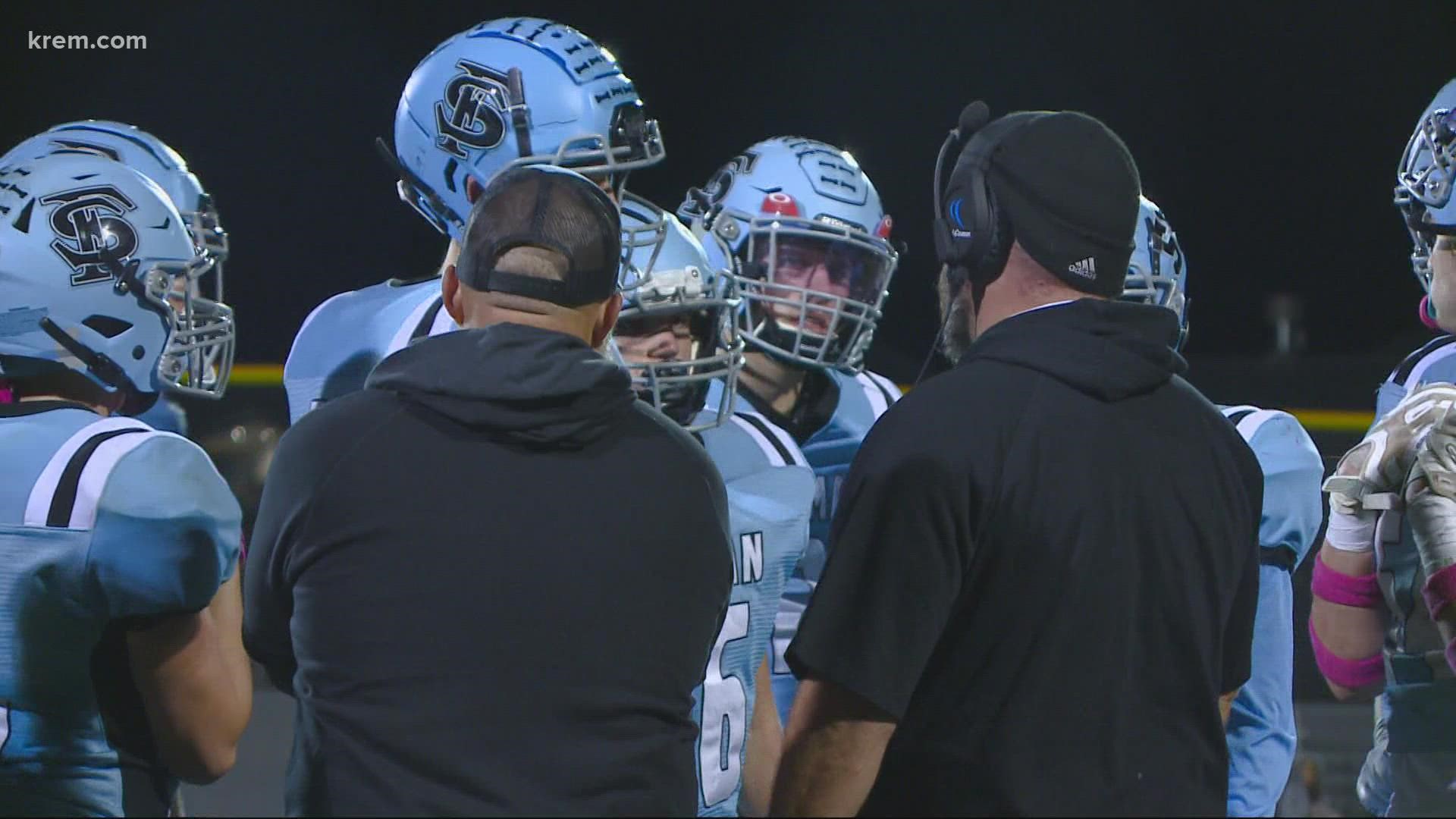