On Aug. 29, former Wildcats running back Kannon Katzer lost his mom in an ATV accident. In honor of them, his prep team did something special with his jersey. 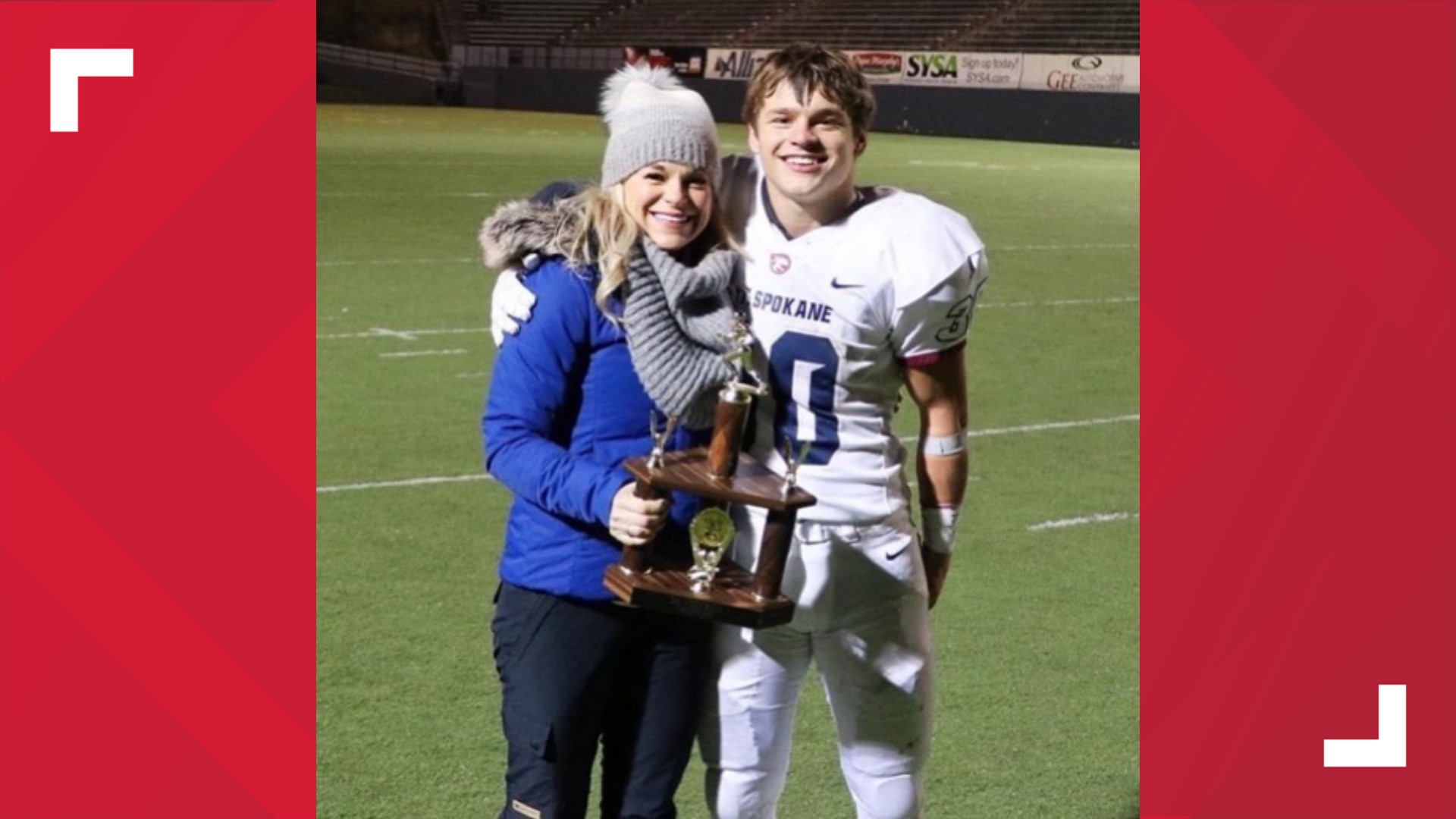 As one might imagine, the former 3A Greater Spokane League Player of the Year has felt a lot of emotions.

“Everyone asks how I am, but there really is no answer for it," he said about losing his mom, Melissa. "I mean losing a mom or even a loved one, you can’t really put it into words”

His mom was his biggest fan on the football field from peewee to playing prep football for the Wildcats.

“I always heard her screaming, running down the sideline in the stadium, she’d always make mugs with coins in it, shake it sometimes," he said. "I thought she was more pumped for my football games than I was.”

Football was just one of the unbreakable bonds between this mother and son. Melissa became close to the Mt. Spokane High School football team as a result.

Her death shook them as well.

“She was the team mom," head coach Terry Cloer said. "That's where I first met her, and where my wife met her and they became friends. It hit our household hard as well when she passed."

That’s why the team wanted to do something special for Katzer.

Recently, the Seattle Seahawks reached out to high schools around the state to send jerseys for them to display at home games with no fans in attendance.

Cloer didn’t think twice on whose jersey they would send.

“His mom loved watching him play football and you know he loved wearing the number 30 cause his dad wore the number," Cloer said. "So he was always passionate about that. I thought it would be a good way for the family, anything you can do to help a family go through with something they’ve gone through to put a smile on their face and to think about their mom in a positive light is something we wanted to do for him.”

Over the Seahawks' two home games this season, Katzer’s Jersey has made it on the national broadcast during both games.

So cool to see our jerseys on the telecast today!! Thanks to the @Seahawks for letting the hush school programs be part of the game!! pic.twitter.com/Ezb2qtHxsQ

“It means a lot because the reason why it is there was to honor my mom," Katzer said. "I hope it will be on national television a lot more.”

It’s been special for Katzer to see his jersey in a pro football stadium. It has been a way to positively remember his mom and the unbreakable bond they had with football.

Katzer is now a walk on at Washington State University to play football. He opted out of playing this upcoming season, but plans to represent his mom proudly moving forward.

"Trauma truly makes an animal," Katzer said. "This will drive me to be a better athlete and everything I do is going to be for her. With her being gone it's going to give me that extra motivation to rise to the  top."