BYU will remain in the conference for two more seasons before going to the Big 12. 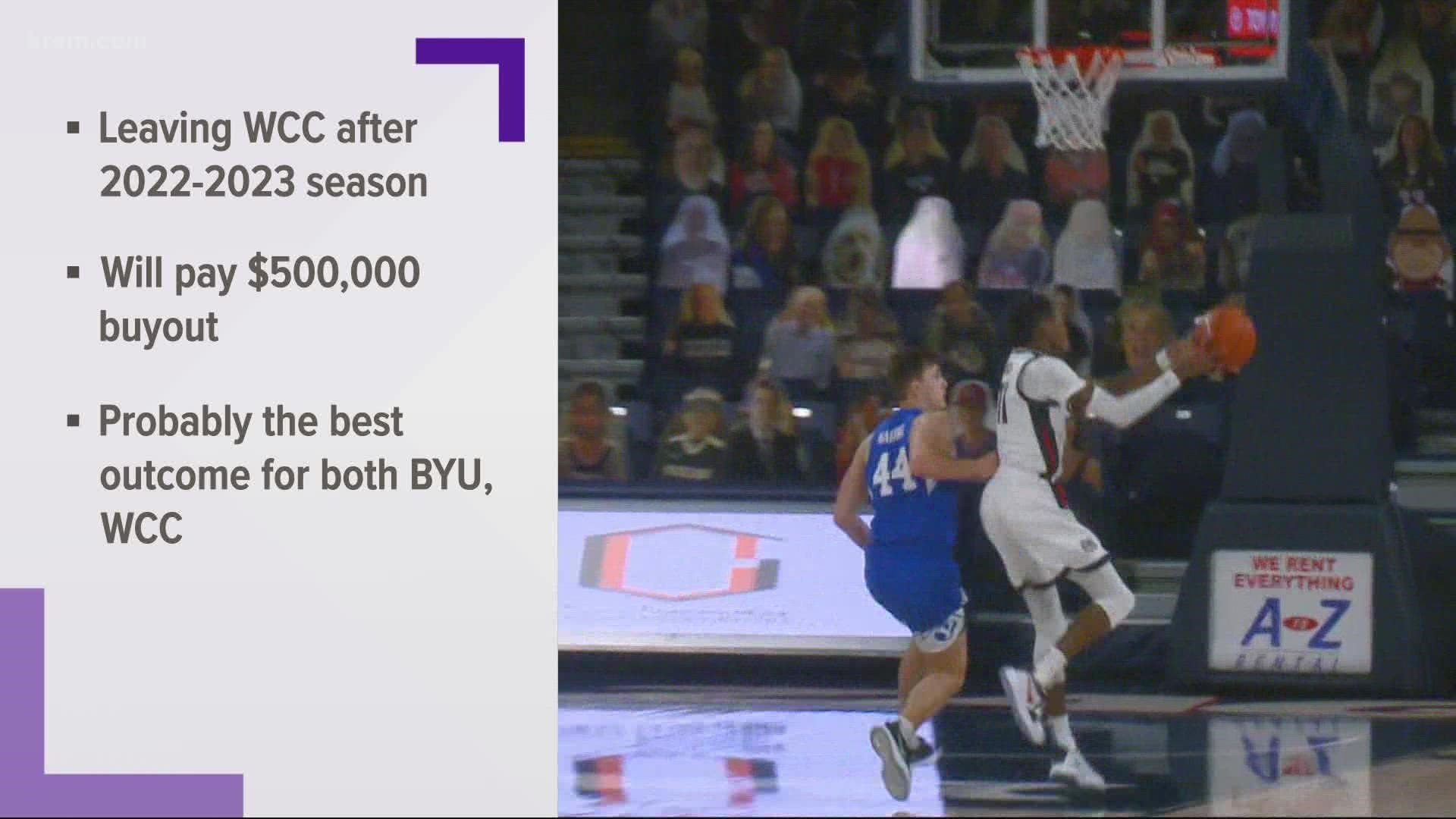 This isn’t a shock to anyone who's followed the sports world for the last week or so. However, now that we’re officially at the finish line, I want to map out what this is going to look like for BYU, for Gonzaga, and for the WCC as a whole.

First off, BYU won’t be leaving the conference for another two years, so their final season will be the 2022-2023 season.

They’ll pay the conference $500,000 to leave at that time, but that’s chump change for BYU.

Honestly, I think this is the best outcome for both parties.

It makes complete and total sense that BYU wants to find a home for their football team, and no one can fault them for that as it’s their main revenue driving sport.

This day was bound to come.

However, if BYU waited three years to leave the league, the WCC would’ve got nothing. Not a single penny. So at least the conference gets some sort of monetary relief out of this.

If BYU bolted after this coming season, the league would’ve gotten a million bucks. That’s obviously double the expense for BYU, so not as attractive for them. From the WCC's standpoint, although a million dollars is nice, it would’ve put them in a rough spot in terms of finding new members quickly.

This is probably a nice happy medium for both parties.

WHAT DOES THIS MEAN FOR GONZAGA?

Obviously for Gonzaga, this is a big deal. They lose two games against a quality opponent every year.

Unfortunately, I just don’t see a lot of options for the Zags right now if they wanted to leave the conference.

There isn’t a league outside of the Pac-12 on the west coast that offers them a significant bump, and the Pac-12 is on the record saying they aren’t expanding.

Some people throw out that maybe Gonzaga could join the Big East.

Travel-wise, I just don’t think that’s feasible to be going to the east coast every other weekend, especially when you throw every Gonzaga athletic team in there.

Yes, you could try to just enter the Big East for basketball only and leave Gonzaga’s other sports in the WCC, but the conference would collapse without Gonzaga basketball. That would be a death wish to the WCC and would put all other Gonzaga sports in a rough spot.

No conference is going to be willing to accept Gonzaga’s other athletic teams if basketball isn’t on the table.

Essentially, entertaining the idea of leaving the WCC seems to lead to a dead end.

WHAT DOES THIS MEAN FOR THE WCC?

Now that we’ve travelled down the jumping conferences road and concluded that it makes the most sense for the Zags to stay put, we’ve got to look at what the WCC should do next.

That answer is pretty obvious to me: Add a team or two, and specifically look into adding teams from the WAC.

I think Grand Canyon is the most obvious choice as they are a program on the rise. They made the NCAA Tournament for the first time last year and have a well-documented fervent fan base. They’re also in Phoenix which is a major media market, and that’s always helpful. Finally, they already have a head coach with name recognition in Bryce Drew, brother of, yes, Baylor Head Coach Scott Drew.

I also think New Mexico State would be an intriguing add as they have represented the WAC in the NCAA Tournament eight out of the last eleven years. They’ve built up a good basketball legacy there and only lost by a point to an Auburn team in the 2019 NCAA Tournament that made the Final Four. Their football team is already independent as well, so no issues on that front.

The one thing I know for certain is this: The WCC must be proactive and add a team that will give them another shot to have three teams in the NCAA Tournament every year. If they don’t, that could sour the conference’s relationship with Gonzaga very quickly.

And for those keeping score at home: This coming season will be BYU’s 11th in the WCC. Their men’s basketball team has still never won a WCC regular season title or a WCC Tournament Championship.

Remember when some people thought they would end Gonzaga’s dominance of the conference? 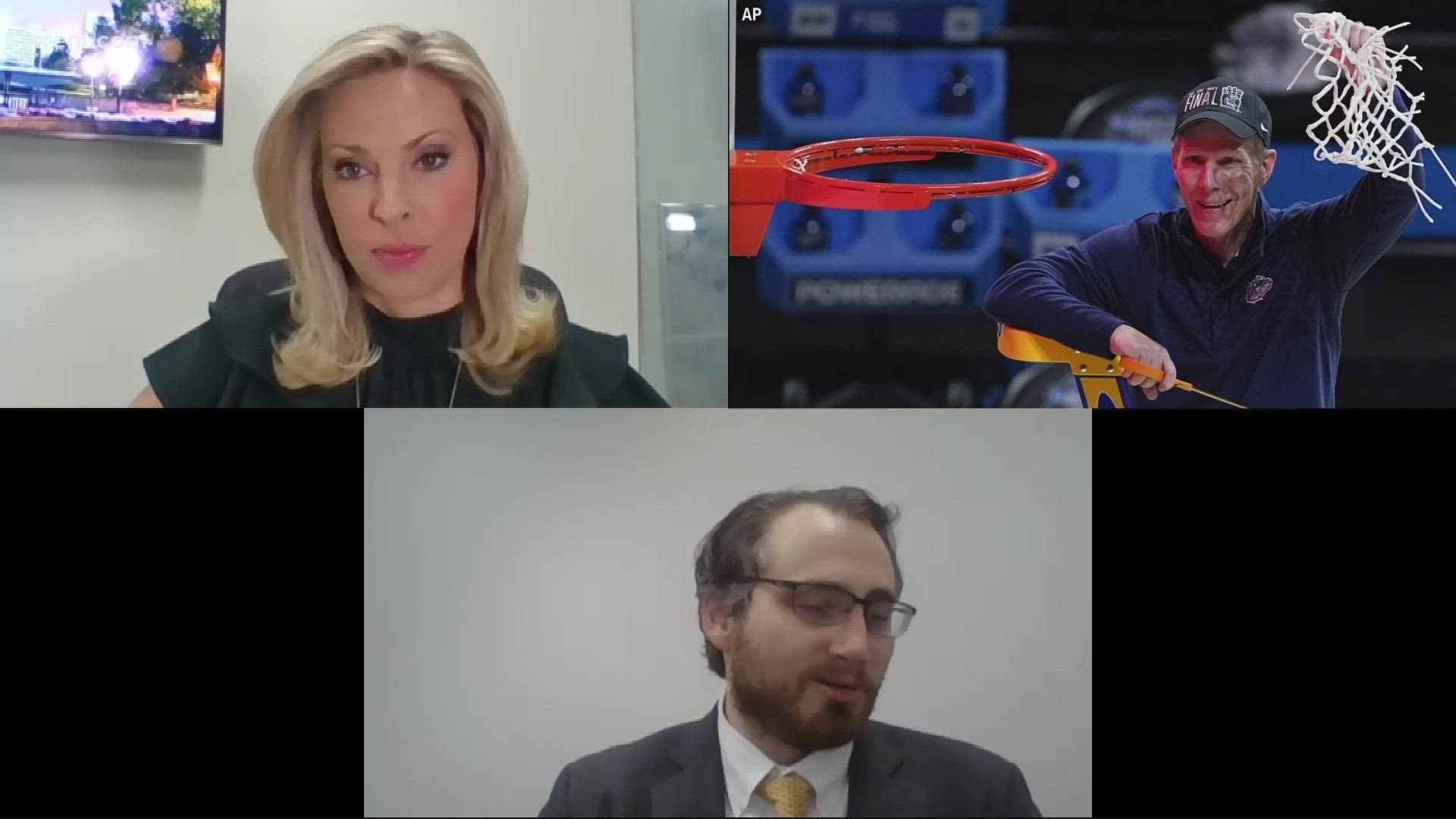