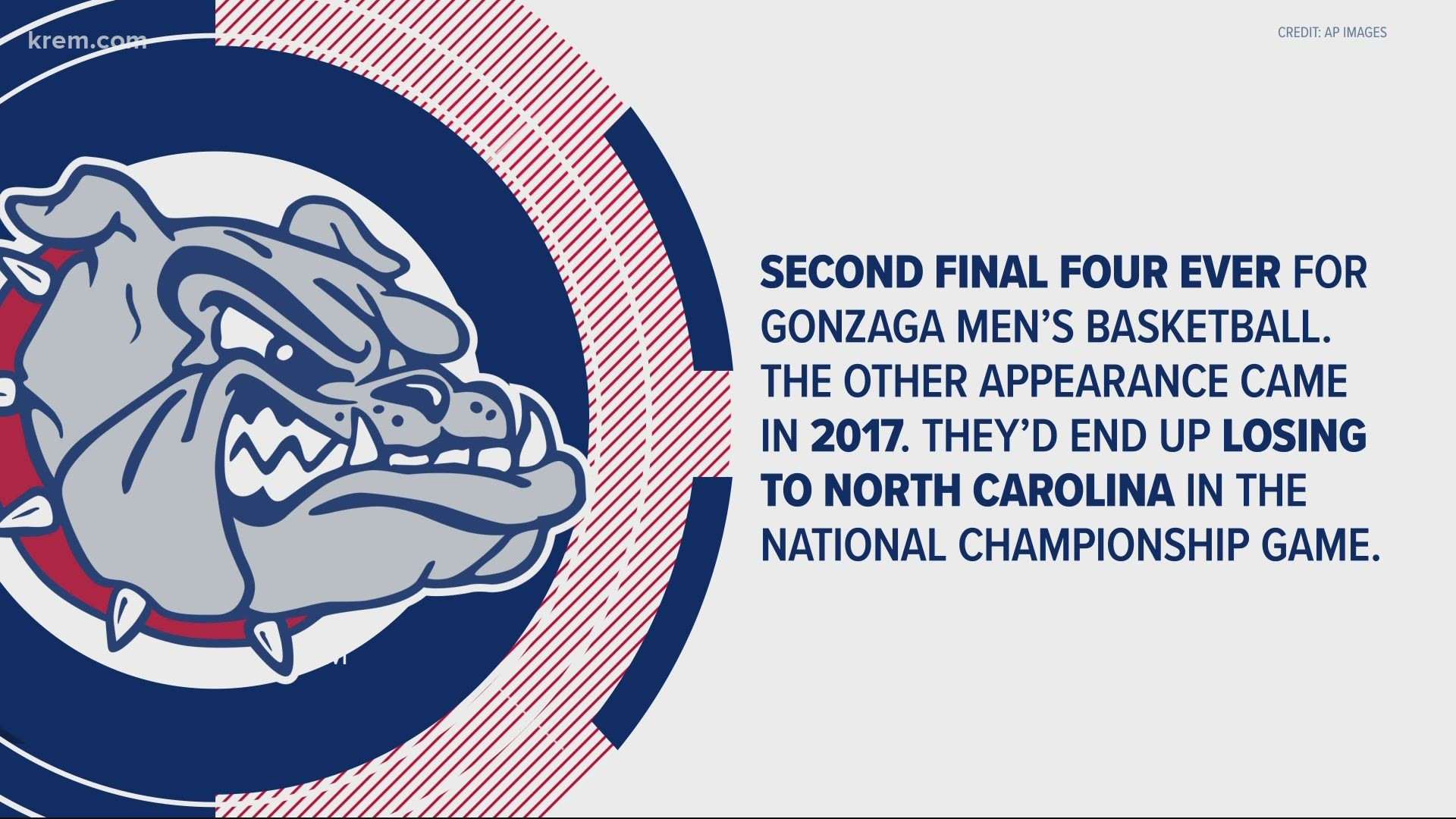 INDIANAPOLIS — The Gonzaga men’s basketball team is headed to the Final Four after an 85-66 win against the University of Southern California.

The Bulldogs are the top-overall seed in the NCAA Tournament and the Trojans were the six seed in their region of the bracket.

Sophomore forward Drew Timme had a dominant performance and led all scorers with 23 points, with senior forward Corey Kispert and freshman guard Jalen Suggs both adding 18 of their own. Suggs was two assists short of a triple-double.

Timme was named the Outstanding Player of the West Region after the game.

Gonzaga remains undefeated with a record of 30-0. The team has won 30 games in five straight seasons, that’s the most consecutive 30 win seasons in NCAA history.

This will be Gonzaga’s second Final Four appearance in the school’s history. The first appearance was in 2017 and they ended up losing to North Carolina in the National Championship.

The Bulldogs and Trojans were supposed to play this season in the PK Invitational on Nov.17, 2020. However, this game was taken off the schedule before the season started as the coronavirus pandemic shifted schedules for programs around the country.