'There's a lot on the line': Gonzaga baseball ready for big series against San Diego

The 14th ranked Bulldogs will have a chance to lock up the WCC title and maybe solidify their spot to host a NCAA Tournament regional for the first time ever. 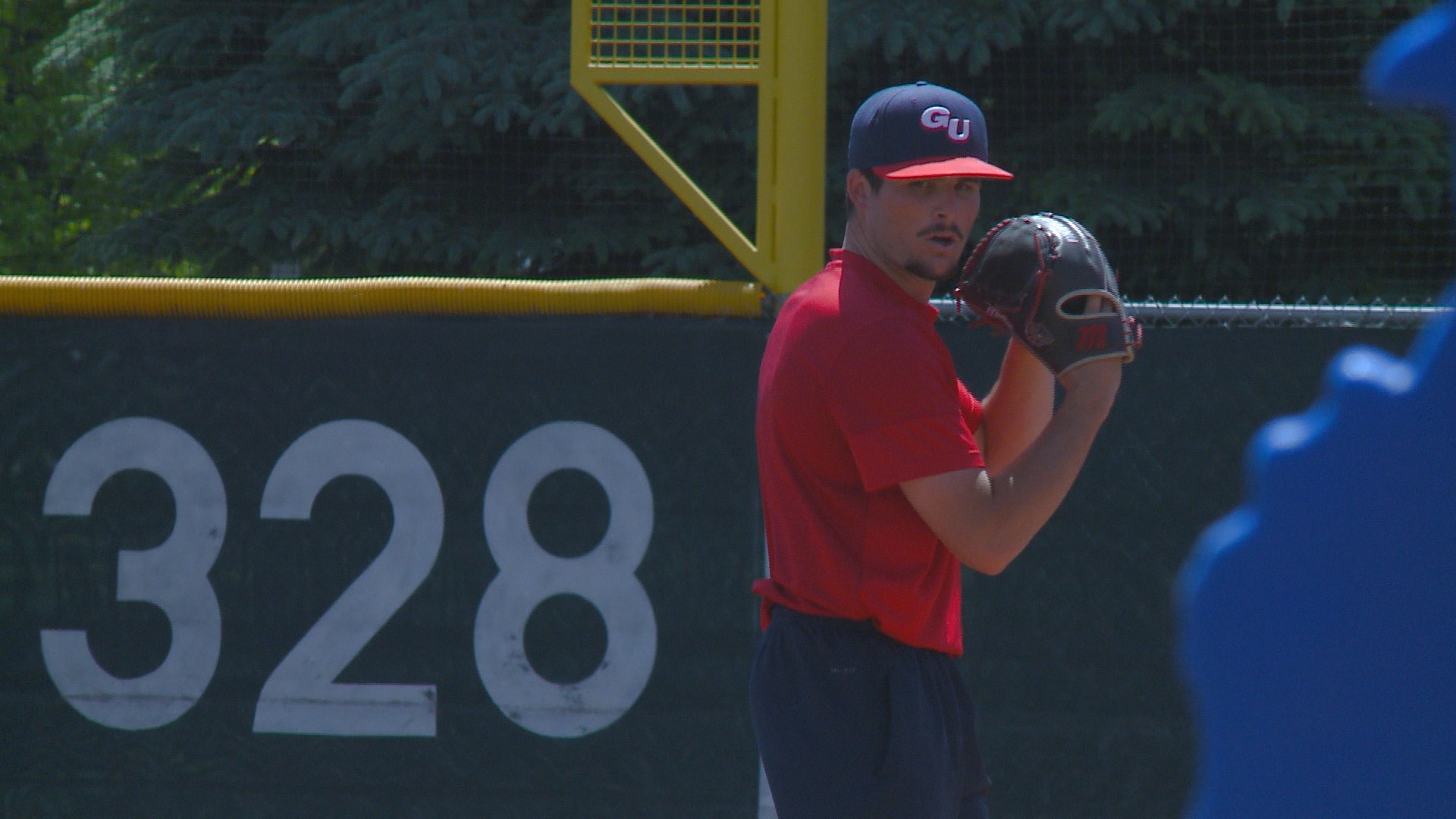 SPOKANE, Wash. — Gonzaga baseball has a big series against San Diego this weekend to wrap up the regular season.

The Bulldogs need one win to lock up the West Coast Conference title. If they beat the Torreros twice or get a series sweep, the Zags will definitely help their chances to host a regional in the NCAA Tournament.

"There's a lot on the line, but that's what we've worked for all year and so it's in front of us," head coach Mark Machtoff said. "Playing big games in May and June is the program goal every year."

"This was our goal from the beginning," he said. "To see that we're in a really good spot right now to make that goal happen is really nice."

The team is excited to potentially set a piece of history if they get the wins and are selected to host a regional, but it will not be an easy task.

San Diego needs multiple wins against GU to maybe get their own spot in the tournament. They could also win the WCC title with a sweep.

As this series gets ready to take center stage, the Bulldogs are trying to stay calm so that they can take care of business.

"Obviously we're award of what's at stake so we're really excited for that possibility," Jacob said. "We're all focused on this upcoming weekend, these next three games. We know if we take care of business we know we can make our dream a reality."

First pitch for the first game of the series is at 6p.m. on Thursday at the Patterson Baseball Complex on Gonzaga's campus. The second and third game will happen on Friday and Saturday.

The selection show for the tournament is on May 31 at 9 a.m.

Check out these numbers! 👇👇 pic.twitter.com/ftDLsnewAM