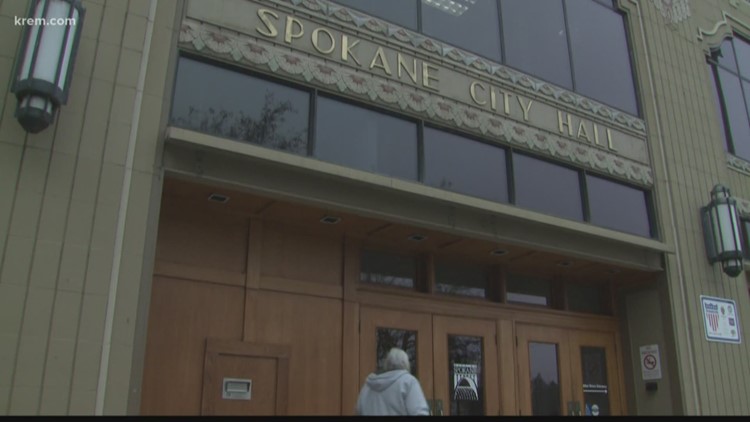 2019 Spokane County Primary Election Guide: What you should know before voting ends Tuesday

Spokane voters will begin narrowing down the field of candidates for local political office on Tuesday as ballot counts begin in the 2019 Spokane County Primary Elections.

The first ballot counts of the will take place on August 6, with the election being officially finalized on August 20.

Several key races and tax measures are up for vote.

For races, the primary election narrows down races to the top two candidates for the November general election. Races with more than two candidates, such as the Spokane Mayoral race, will see candidates eliminated in this election.

The following are key races and ballot measures on the primary ballot. For a full list of the races and measures, view the Spokane County sample ballot here.

How & Where to Vote

Washington state conducts elections through the mail, and ballots were mailed out between July 17-19, according to the Spokane County Elections website.

The deadline to register for the Primary in Spokane County is August 6, which also marks the final day of the election and when ballot counts will start to be released, according to the SCE website. Anyone who registers eight days or closer to an election can only vote in person. Those who need assistance can also vote in person.

If you need a replacement ballot due to damage or not receiving one, contact the Spokane County Elections Office.

Mail-in votes must be postmarked by August 6 to be counted in the election.

Ballots are sent out with a return envelope and postage is not needed.

Vote counts will be released starting on August 6, the final day of the election. The final results will be made official on August 20, setting the field for the general elections in November.

Six people have entered the primary election race to become Spokane’s next mayor, with incumbent David Condon unable to run again due to term limits. Five are on the ballot and one is running a write-in campaign.

The race is nonpartisan, meaning candidates don’t officially declare a party affiliation, and no parties appear on the ballot next to their names.

The following are the six candidates for the mayor’s race, listed in alphabetical order by last name.

RELATED: How major Spokane candidates are spending their money

Jonathan Bingle was born in Spokane and is a graduate of Rogers High School. He also attended Spokane Falls Community College, but left to start his business Bingle Enterprises Inc. He also served as a pastor at the Genesis Church in North Spokane.

Kelly Cruz is a lifelong resident of Spokane and currently serves as the chairman of crime prevention non-profit Spokane C.O.P.S. He also serves as a board member for Our Place, and formerly served as chairman of both the West Central Neighborhood Council and West Spokane Wellness Partnership. He also won the Citizenship Award for Outstanding Volunteer Leadership twice.

Nicolette Ocheltree announced her candidacy as a write-in candidate during the week of July 11. She said helping organize demonstrations in support of Drag Queen Story Hour inspired her to start her campaign.

Her name will not appear on the ballot due to her write-in status, but she is registered as an official write-in candidate.

Shawn Poole was born in Spokane and graduated from Shadle Park High School and the University of Montana. He studied criminal justice and sociology. After graduation, he served in the U.S. Army during Desert Storm. He joined in 1987 and left active duty for the reserves in order to join the Spokane Fire Department. While in the reserves, he was deployed twice; from March 2007 to March 2008 and October 2008 to November 2009.

Ben Stuckart has served as the Spokane City Council President for the last six years. He graduated from Gonzaga University and worked in the ticketing industry for the Oakland Raiders and TicketsWest, as well as working with the 2000 Sydney Olympics. Before his political career, he also began the Schools of Spokane County nonprofit.

Stuckart’s interview and extended transcript: Ben Stuckart discusses mayoral platform: 'It needs to be about what we want Spokane to be'

Nadine Woodward worked as a news anchor for both KREM and KXLY in a career that lasted over two decades before retiring earlier this year. She was born and raised in Washington state and has won multiple awards for her journalistic work.

The race for Spokane City Council President currently has a field of four candidates, including two current councilors, a local activist and a local business owner.

The council’s current president, Ben Stuckart, is running for mayor, opening the seat he has held for six years. Like the mayor’s race, the candidates for council president don’t list a party affiliation.

The following are the four candidates for Spokane City Council President, listed in alphabetical order by last name.

RELATED: Spokane City Council candidates: Who is running in 2019

Breean Beggs was elected to represent south Spokane’s District 2 on the city council in 2017, when he won about 58 percent of the vote. He runs council meetings when the president is absent, and also serves on various local boards and committees. He is also an attorney for the Spokane Office of Police Ombudsman and is the Executive Director for the Center for Justice.

For more of Beggs’ campaign positions, visit his campaign website.

Mike Fagan represents northeast Spokane’s District 1 and is ineligible to run for his seat again due to term limits, but is allowed to run for council president. Fagan currently hosts a weekly radio show on Fridays, called “RIGHT Spokane Perspective,” on the American Christian Network. Like Beggs, he serves on multiple local committees and boards, including the Police Pension Board and the Public Works Committee.

For more of Fagan’s campaign positions, visit his campaign website.

Phil Tyler is a local activist who formerly served as the president of the Spokane NAACP and currently works at Gonzaga University. He also spent time working for the Spokane County Sheriff’s Office and served in the United States Air Force.

Tyler also has been accused of domestic abuse by three women. He has denied all of the accusations.

For more of Tyler’s campaign positions, visit his campaign website.

Cindy Wendle is the co-owner and manager of North Town Square. She has also opened branches of Washington Trust Bank in Pullman, Moscow and Lewiston, and managed the Spokane Main Branch of the bank in 2015. She also serves on the boards of the Washington East Soccer Club and the Vanessa Behan Crisis Nursery.

For more of Wendle’s campaign positions, visit her campaign website.

The following are the other races on the Primary ballot and the candidates running in each race, listed in the order they appear in on the ballot.

Should the Spokane County Board of Commissioners renew a one-tenth of one percent (.1%) sales and use tax, running from April 1, 2020 to December 31, 2029? The proceeds would be used by Spokane County, as well as towns and cities in the county, exclusively for criminal justice and public safety.

Should the City of Medical Lake become a part of Spokane County Fire Protection District No. 3?

The proposition, if passed, would allow the district to return the regular property tax levy rate to $.50 per $1,000 of assessed value in 2019, which would then be collected in 2020. This limit would then be used to compute future year’s levies. The money would help fund normal operation and maintenance of county libraries.

Should the City of Medical Lake become a part of Spokane County Fire Protection District No. 3?

The proposition, if passed, would allow the district to return its regular property tax levy to $1.50 per $1,000 of assessed property value, assessed in 2019 and collected in 2020. The money would go toward funding and maintenance for fire protection, emergency medical services and equipment, and replacing firefighting equipment and safety equipment.

The proposition would allow a $.46 increase in the regular tax levy per $1,000 of assessed valuation. The levy rate can’t exceed $1.48 for the levy assessed in 2019 and collected in 2020. The increase in the levy would stay in effect for 15 years and would fund Fire Department improvements, including lifesaving equipment and vehicles.