Spokane City Council candidates: Who is running in 2019

In addition to a mayoral race, Spokane will see contests for council president and three other seats. 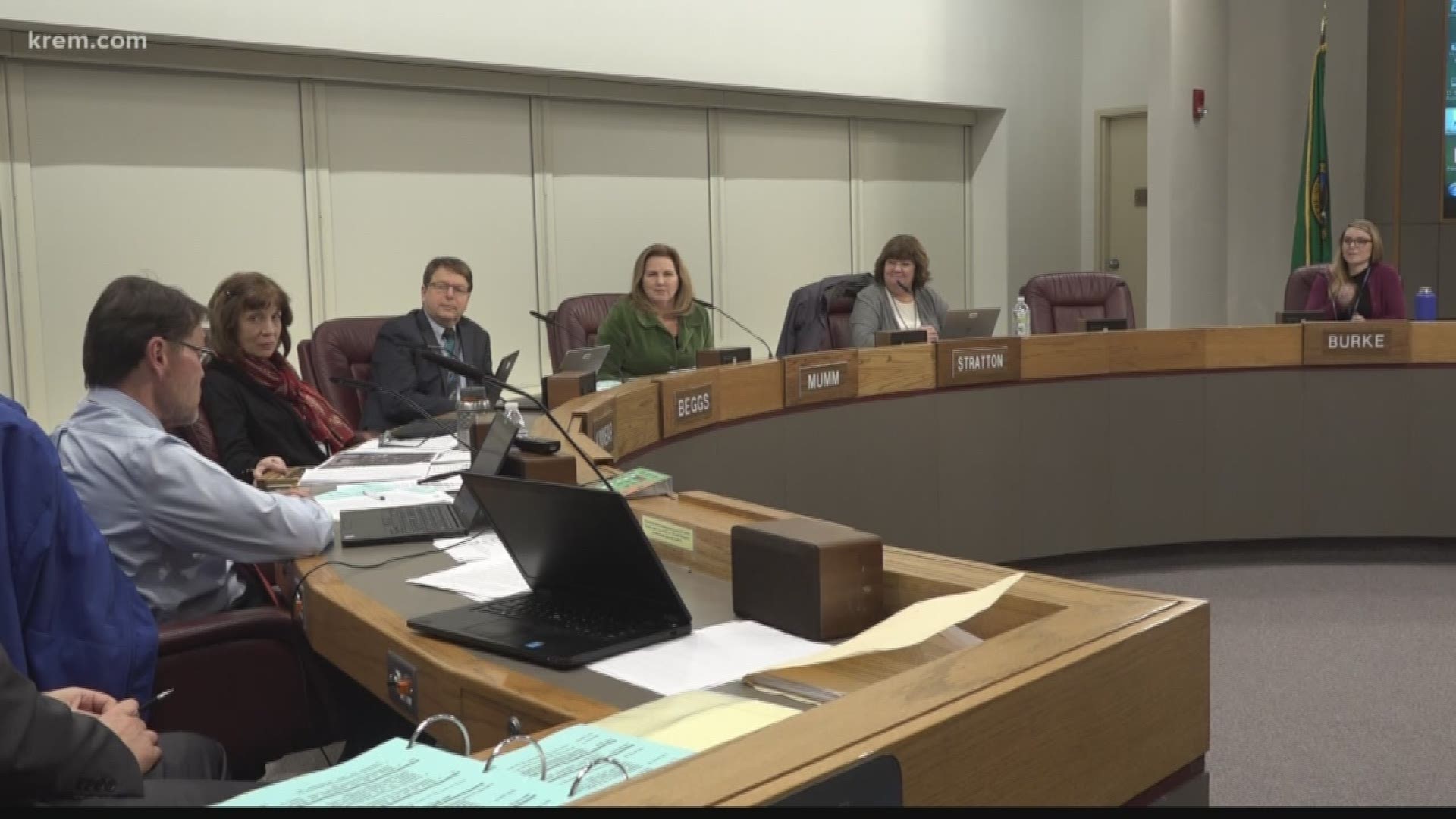 SPOKANE, Wash. — CORRECTION: A previous version of this story stated that Councilman Mike Fagan was up for re-election but had not yet declared. While the seat is up for election this year, Fagan has served two terms and so is not eligible to run again.

Believe it or not, 2019 is a pretty big election year in Spokane. We will soon see campaigns for mayor, city council president and three other council positions in the city.

For information on how to vote in the Primary, where ballot drop boxes are located, what to do if your ballot gets damaged or lost and for lists of candidates in other races, visit KREM's 2019 Spokane County Primary Election Guide.

For live results on election night for all of the races in Eastern Washington counties, visit KREM's elections results page.

KREM has already given you a preview of the mayoral candidates. Now let's take a look at the candidates for the other seats.

The biggest 2019 race, after the one for mayor, will be the one for council president. The current president, Ben Stuckart, is running for mayor.

Beggs represents District 2, located in southern Spokane. He took home about 58 percent of the vote when he was elected in 2017. He's a progressive known for his legal background and cooperative approach to policy.

Beggs has raised just over $11,000 and acquired a number of union endorsements.

Fagan represents District 1, which covers northeast Spokane. Having already served two terms in his seat, Fagan is ineligible to run again, but can run for president.

Fagan is possibly the only member of the council currently who holds conservative views on local issues, and said in a press release that he wants to focus on infrastructure, citizens' rights and business in the city.

In 2015, the council asked Fagan to resign over controversial comments on vaccines.

Tyler is a former president of the NAACP, who currently works for Gonzaga University. He's also worked at the Spokane County Sheriff's Office and served in the U.S. Air Force.

Tyler has been accused by three different women of domestic abuse, accusations he denies.

Tyler has said his campaign will focus on positivity and bipartisanship. He has raised less than $200 so far.

Wendle announced her candidacy on May 13. She is the co-owner and manager of North Town Square.

She also has helped three branches of the Washington Trust Bank to open in Eastern Washington and North Idaho.

No other candidates have filed for Council President so far. There is still time, as the deadline is May 17.

Mike Fagan represents District One in northeast Spokane. He's arguably the only conservative member of the council. Having served two terms, he is no longer eligible to run for re-election. That means his seat will be up for grabs.

So far, only one candidate, Tabitha Wolf has filed to run for the position. She's a leader within the Spokane County Democrats and the chair of the group Spokane Trans People, according to her page on Emerge Washington, an organization that encourages women to run for office.

So far, her only reported fundraising is $100 of her own cash.

Lori Kinnear is the other council member besides Beggs representing District 2. She is up for re-election in November.

Right now, she does not have a challenger. Monika Wachowiak, a leader in the Spokane County Republicans, lives in District Two and initially filed to run, but told KREM in an email she is no longer seeking a seat on the council.

Despite the current lack of an opponent, Kinnear has just over $5,000 in contributions.

So far, she has three opponents in the race: Christopher Savage, Andy Rathbun and Jeff Martin.

Christopher Savage  has not yet raised any money or established any noticeable campaign presence.

Andy Rathbun originally was a candidate in the Spokane mayoral race, but announced on April 24 that he would be dropping out to run for the District 3 seat on the Spokane City Council.

Jeff Martin announced his candidacy for the position on April 24. He is a 25 year resident of Spokane, according to the release.

Where this all becomes most interesting is in combination with the race for Spokane mayor.

In that race, the clear front-runner is Stuckart, who falls to the left on the political spectrum. Both candidates for council president are also to the left.

Fagan is the lone conservative on the council, and the only candidate who has declared to replace him is a Democrat. No prominent conservative challengers have arisen for any of the other two seats up for grabs this year.

That means we could very plausibly see a scenario in which, starting in 2020, Spokane has an almost entirely liberal city government. 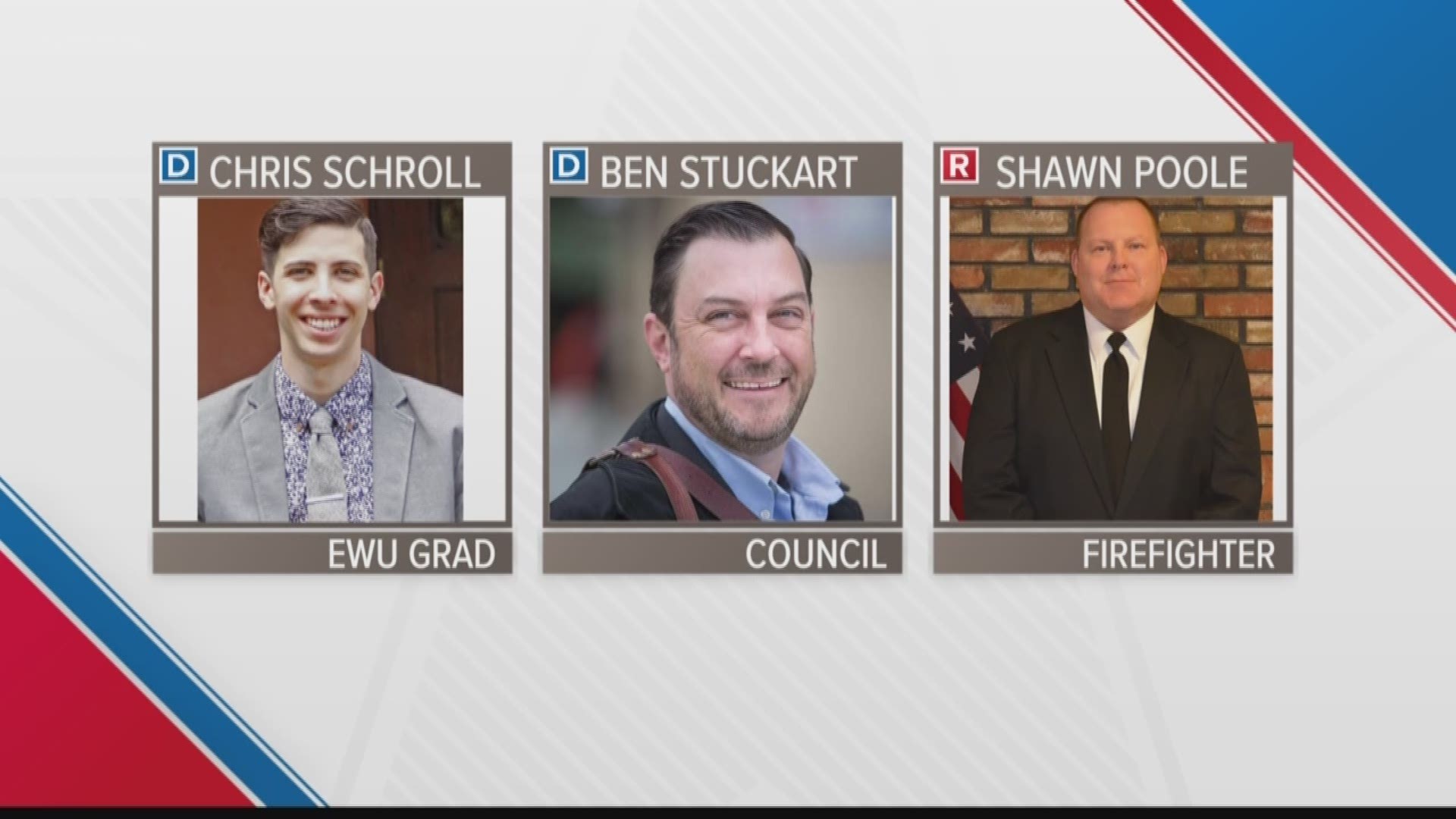