Even if legislation passes both chambers, it would need the signature of President Trump, who's opposed the removal of historic statues elsewhere. 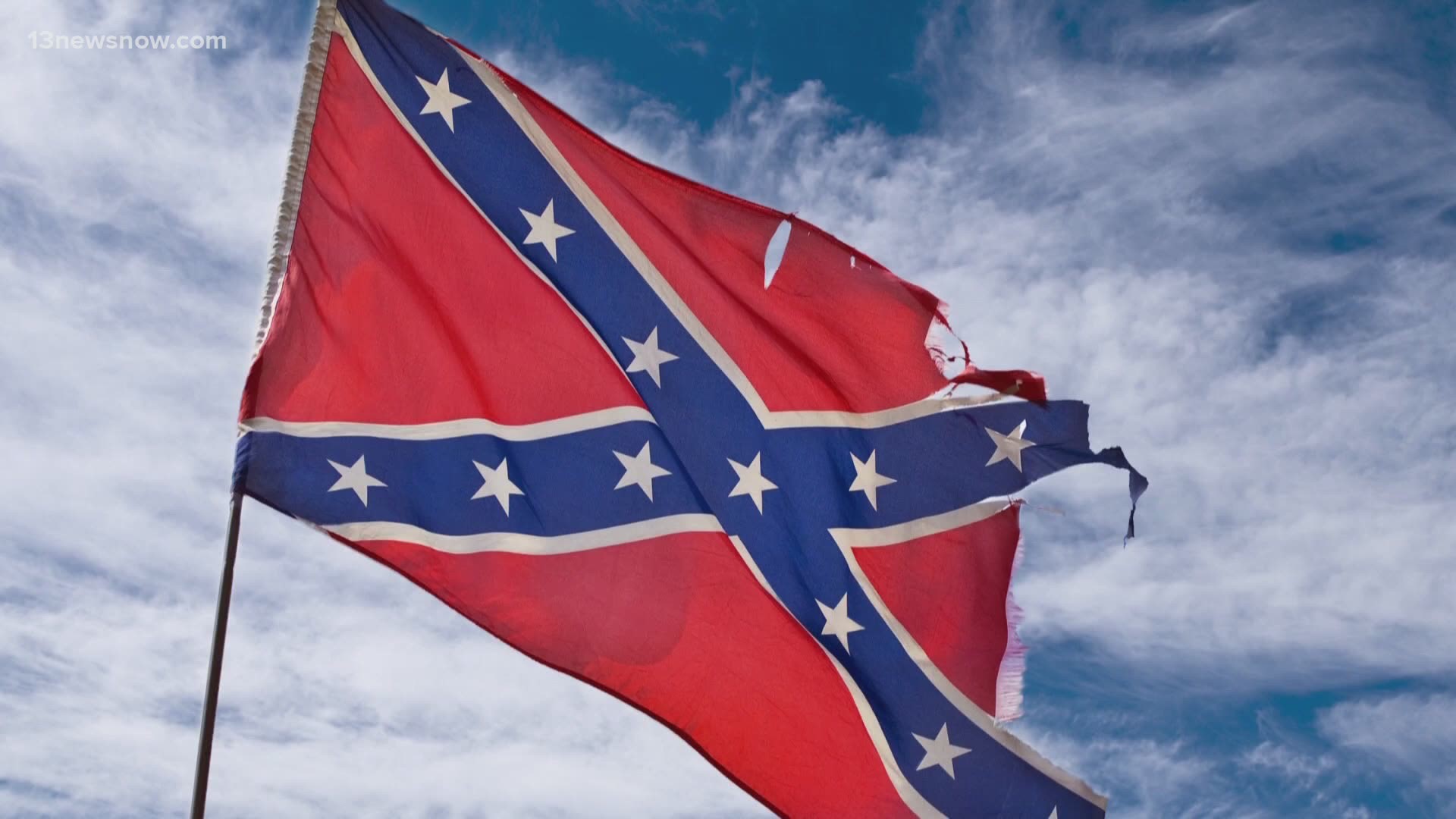 WASHINGTON — The House has approved a bill to remove statues of Gen. Robert E. Lee and other Confederate leaders from the U.S. Capitol, as a reckoning over racial injustice continues following the police killing of George Floyd, a Black man, in Minneapolis.

The House vote also would remove a bust of Chief Justice Roger B. Taney, the author of the 1857 Dred Scott decision that declared African Americans couldn't be citizens.

“Defenders and purveyors of sedition, slavery, segregation and white supremacy have no place in this temple of liberty," House Majority Leader Steny Hoyer said at a Capitol news conference ahead of the House vote.

The House approved the bill 305-113, sending it to the Republican-controlled Senate, where prospects are uncertain. Seventy-two Republicans, including House Minority Leader Kevin McCarthy of California and Minority Whip Steve Scalise of Lousiana, joined with 232 Democrats to support the bill.

Hoyer, a Democrat, co-sponsored the measure and noted with irony that Taney was born in the southern Maryland district Hoyer represents. Hoyer said it was appropriate that the bill would replace Taney’s bust with another Maryland native, the late Supreme Court Justice Thurgood Marshall, the high court’s first Black justice.

The House vote comes as communities nationwide reexamine the people they're memorializing with statues. Speaker Nancy Pelosi last month ordered that the portraits of four speakers who served the Confederacy be removed from the ornate hall just outside the House chamber.

The statues “are not symbols of Southern heritage, as some claim, but are symbols of white supremacy and defiance of federal authority," Lee said. “It’s past time we end the glorification of men who committed treason against the United States in a concerted effort to keep African Americans in chains."

Credit: AP
FILE - In this March 9, 2020, file photo a marble bust of Chief Justice Roger Taney is displayed in the Old Supreme Court Chamber in the U.S. Capitol in Washington. The House will vote Wednesday, July 22, on whether to remove from the U.S. Capitol a bust of Chief Justice Roger B. Taney, the author of the 1857 Dred Scott decision that declared African Americans couldn't be citizens. (AP Photo/J. Scott Applewhite, File)

Bills to remove the Taney bust and the statues of Confederate leaders have been introduced in the Senate, although they would require separate votes.

Even if legislation passes both chambers, it would need the president’s signature, and President Donald Trump has opposed the removal of historic statues elsewhere. Trump has strongly condemned those who toppled statues during protests over racial injustice and police brutality following Floyd's death in May and other police killings.

The 2-foot-high marble bust of Taney is outside a room in the Capitol where the Supreme Court met for half a century, from 1810 to 1860. It was in that room that Taney, the nation's fifth chief justice, announced the Dred Scott decision, sometimes called the worst decision in the court's history.

“What Dred Scott said was, Black lives did not matter,'' Hoyer said. "So when we assert that yes they do matter, it is out of conviction ... that in America, the land of the free includes all of us.''

There’s at least one potentially surprising voice for Taney to stay. Lynne M. Jackson, Scott's great-great-granddaughter, says if it were up to her, she'd leave Taney's bust where it is. But she said she’d add something too: a bust of Dred Scott.

“I’m not really a fan of wiping things out," Jackson said in a telephone interview this week from her home in Missouri.

The president and founder of The Dred Scott Heritage Foundation, Jackson has seen other Taney sculptures removed in recent years, particularly in Maryland, where he was the state's attorney general before becoming U.S. attorney general and then chief justice.

Calhoun, who served as vice president from 1825-1832, also was a U.S. senator, House member and secretary of state and war. He died a decade before the Civil War, but was known as a strong defender of slavery, segregation and white supremacy.

His statue would be removed within 30 days of the bill's passage, along with two other white supremacists, former North Carolina Gov. Charles Aycock and James Clarke, a former Arkansas governor and senator.

In the summer of 2017, shortly after white nationalists gathered in Charlottesville, Virginia, to protest the removal of a statue of Lee, Baltimore's mayor removed statues of Lee, Taney and others.A statue of Taney was removed from the grounds of the State House in Annapolis around the same time. And a bust of Taney was removed that year from outside city hall in Frederick, Maryland.

Another Taney bust sits alongside all other former chief justices in the Supreme Court's Great Hall, a soaring, marble-columned corridor that leads to the courtroom. A portrait of Taney hangs in one of the court's conference rooms.

Jackson said she believes that what memorials honoring figures like Taney need is context. At the Capitol, the Taney statue sits in the "place where the Dred Scott case was decided,” but the fact he is ”there by himself is lopsided,” Jackson said in suggesting a bust of Scott be added. She had proposed a similar fix for the Taney statue in Annapolis.

In Congress, Taney's bust was controversial from the start. When Illinois Sen. Lyman Trumbull proposed its creation in 1865, shortly after Taney's death, he got into a heated debate with Massachusetts Sen. Charles Sumner, a fierce opponent of slavery.

“Let me tell that senator that the name of Taney is to be hooted down the page of history. Judgment is beginning now," Sumner said. "And an emancipated country will fasten upon him the stigma which he deserves.”

Funding for a Taney bust wasn't approved until almost a decade later. Today, near the Taney bust, inside the old Supreme Court chamber, there are also busts of the nation's first four chief justices. The first, John Marshall, is the only person to serve as chief justice longer than Taney and a revered figure in the law.

RELATED: Large Confederate flag along I-95 draws criticism once again