Christian Johnson is in a medically-induced coma at Harborview Medical Center in Seattle. 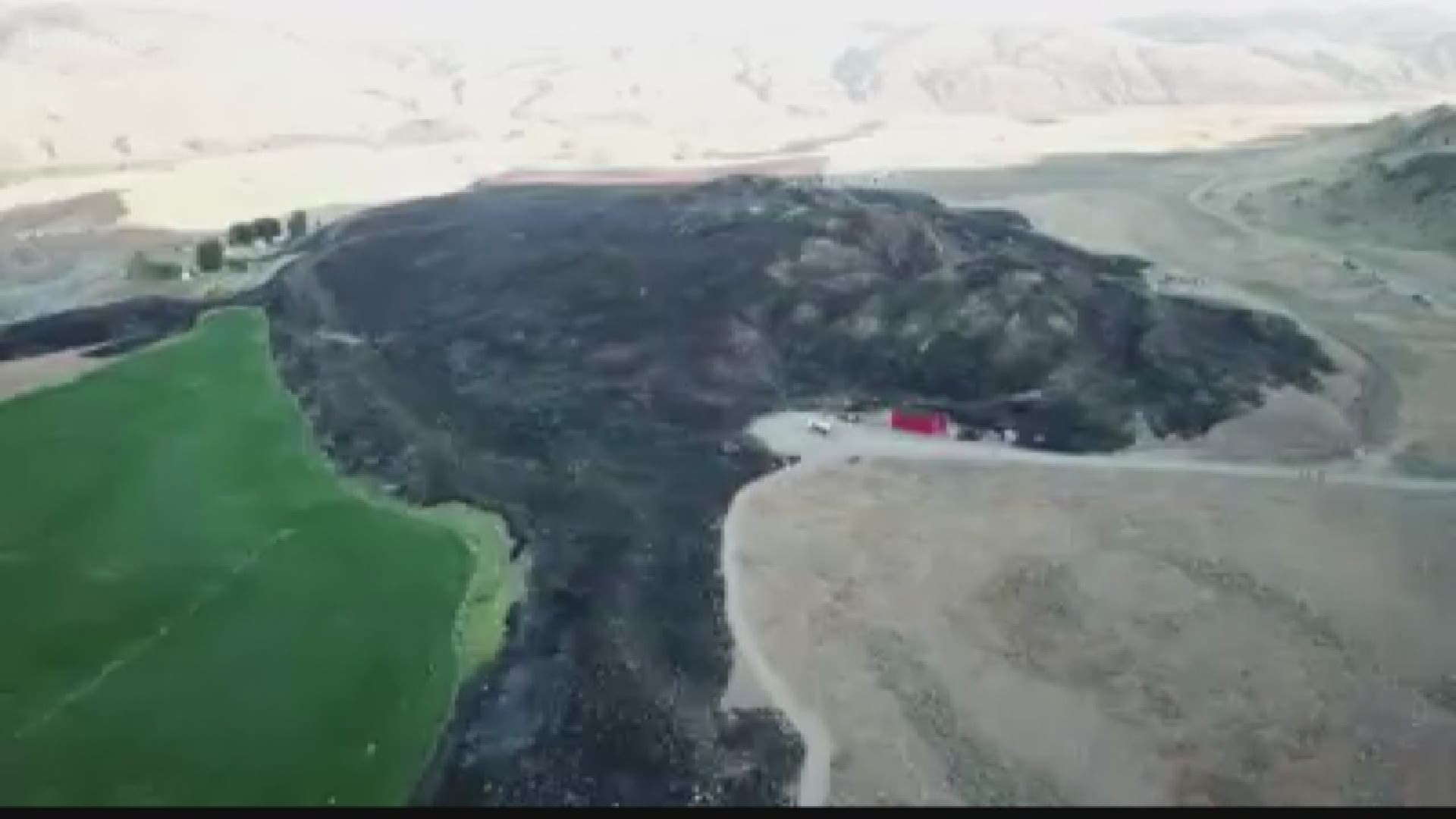 OKANOGAN COUNTY, Wash. — A firefighter injured in the Spring Coulee Fire has second and third degree burns over more than half of his body, Okanogan County Emergency Management said on Monday.

According to emergency management spokesperson Maurice Goodall, the firefighter, Assistant Chief Christian Johnson with Okanogan County Fire District 3, is in a medically-induced coma at Harborview Medical Center in Seattle.

Johnson has second and third degree burns over 50 to 60% of his body and his airway has been scored at a two out of four (four being the worst), Goodall said. Medical staff are attempting to stabilize him so they can perform surgery for skin grafts.

There has been no information released about the incident leading to the injury.

The Spring Coulee Fire started at about 4 p.m. on Sunday near B&O Road North between Fletcher Loop and Spring Coulee roads, according to OCFD3. The fire spread to the north and burned approximately 150 acres before being contained by about 5:30 p.m., they said.

In total, five fire districts and the Washington Department of Natural Resources fought the blaze, according to OCFD3. DNR dispatched four airplanes and a helicopter as well as six fire engines.

DNR is investigating the cause of the fire.

RELATED: All lanes of I-90 reopened near Vantage after Rock Spring Fire

RELATED: Fire near Parke Creek Road in Kittitas Co. in mop up stage, all evacuations lifted

The following is a report on the Washington Department of Natural Resources filing a lawsuit against Avista for the 2018 Boyds Fire.