The fire started due to a hay truck catching fire before moving to nearby brush. 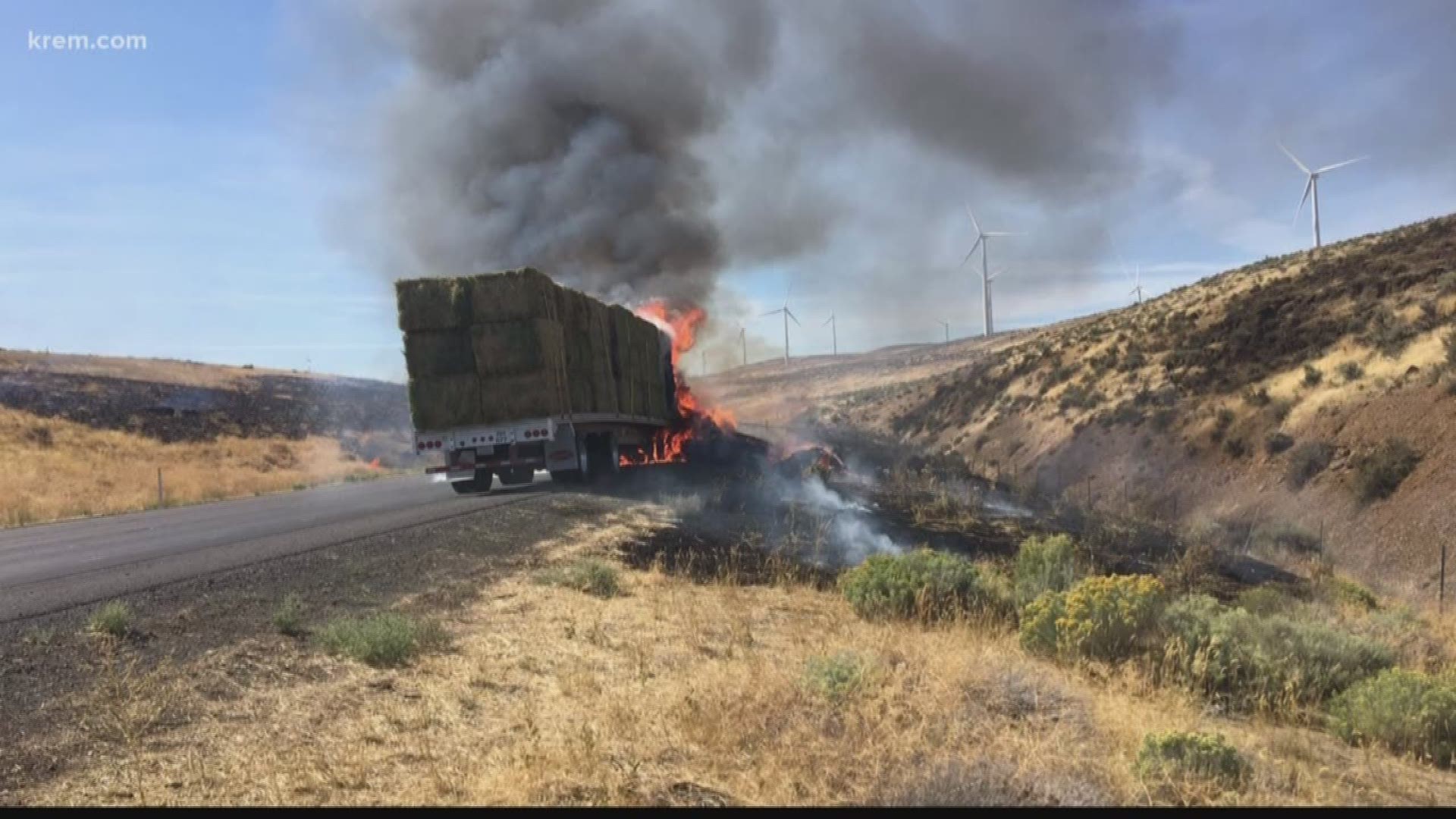 VANTAGE, Wash. — All lanes of Interstate 90 near Vantage in Kittitas County have been reopened after the Rock Spring Fire caused three lanes to close Wednesday afternoon.

All lanes reopened at about 5:30 p.m. on Wednesday.

Bryant also said that the driver was uninjured.

Washington State Patrol Trooper John Bryant tweeted information about the lane closures at 3:10 p.m. on Wednesday. He also tweeted photos of the flames.

The Washington Department of Natural Resources tweeted the name of the fire at 3:17 p.m. and said that resources were on their way to the scene.

Washington DNR tweeted a little after 4 p.m. that the fire was 3 acres in size.

There has been no information released about the cause of the fire.

This is a developing story, please check back for updated information.

RELATED: Brazil's largest city plunged into night-like darkness in middle of the day

The following video is a 2018 report on how Washington DNR planned to change their firefighting approach.