The complaint places blame on Avista for failing to clear a dead tree near a power line that eventually fell on the line, sparking the fire. 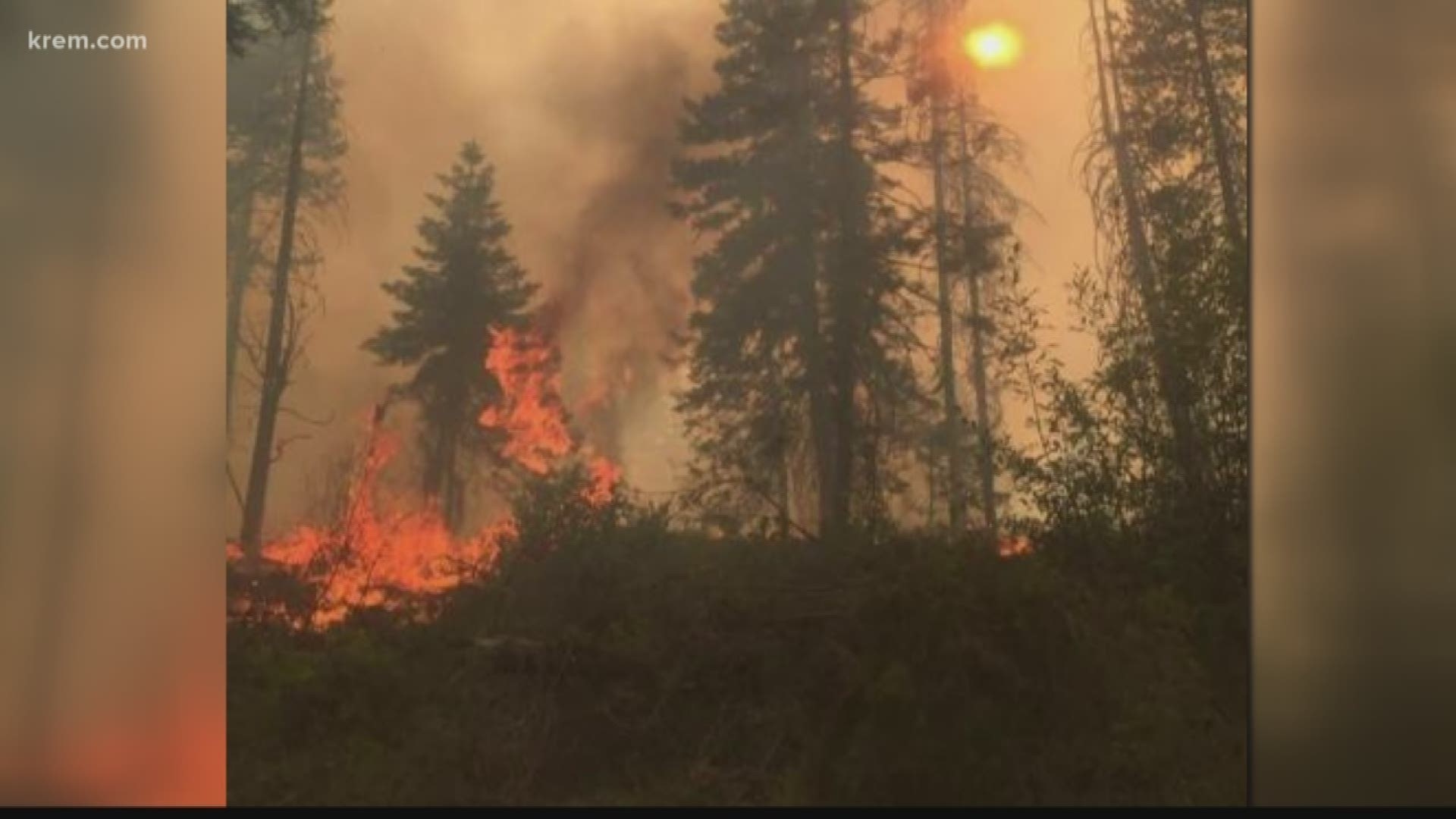 FERRY COUNTY, Wash. — The Washington Department of Natural Resources has filed a lawsuit against Avista Corporation for the 2018 Boyds Fire in Ferry County that consumed over 4,700 acres.

According to the complaint filed in Ferry County Superior Court, DNR is looking to recover expenses used in investigating and suppressing Boyds Fire.

The complaint from DNR claims that the fire was caused by a dead ponderosa pine tree that fell onto Avista's power lines, sparking brush and grass below it. The complaint also claims that the tree was 52 feet tall and showed signs it suffered from "bark beetle infestation and had been dead for about a year."

DNR also states in the complaint that the tree was located 32 feet away from the power lines.

DNR also claims in the lawsuit that Avista "negligently failed to identify and remove the [tree] prior to its collapse, despite that Avista knew, or through the exercise of reasonable diligence should have known" of the danger of the dead tree's location.

DNR is represented by the Washington Office of the Attorney General, headed by Bob Ferguson.

The complaint claims that Avista's policies call for the removal of hazardous trees and tree limbs, and that the tree that caused the fire was "visibly defective" and needed to be removed.

According to the complaint, standards set by the American National Standards Institute, the National Electric Safety Code and other industry standards also call for the removal of trees that pose such a risk.

The fire burned approximately 4,712 acres and destroyed at least three homes and several outbuildings. DNR is asking for an amount to be determined at trial, as well as legal fees and "prejudgment interest" of one percent per month for suppression and investigation expenses.

"We've not yet been served with or seen the lawsuit. When we receive it, we'll respond through the legal process," Fielder said.

The following video is a report on claims that Avista's smart meters pose a fire hazard.