The West Plains Recruit Academy spent the day with local fire departments learning how to escape buildings and crawl through confined spaces. 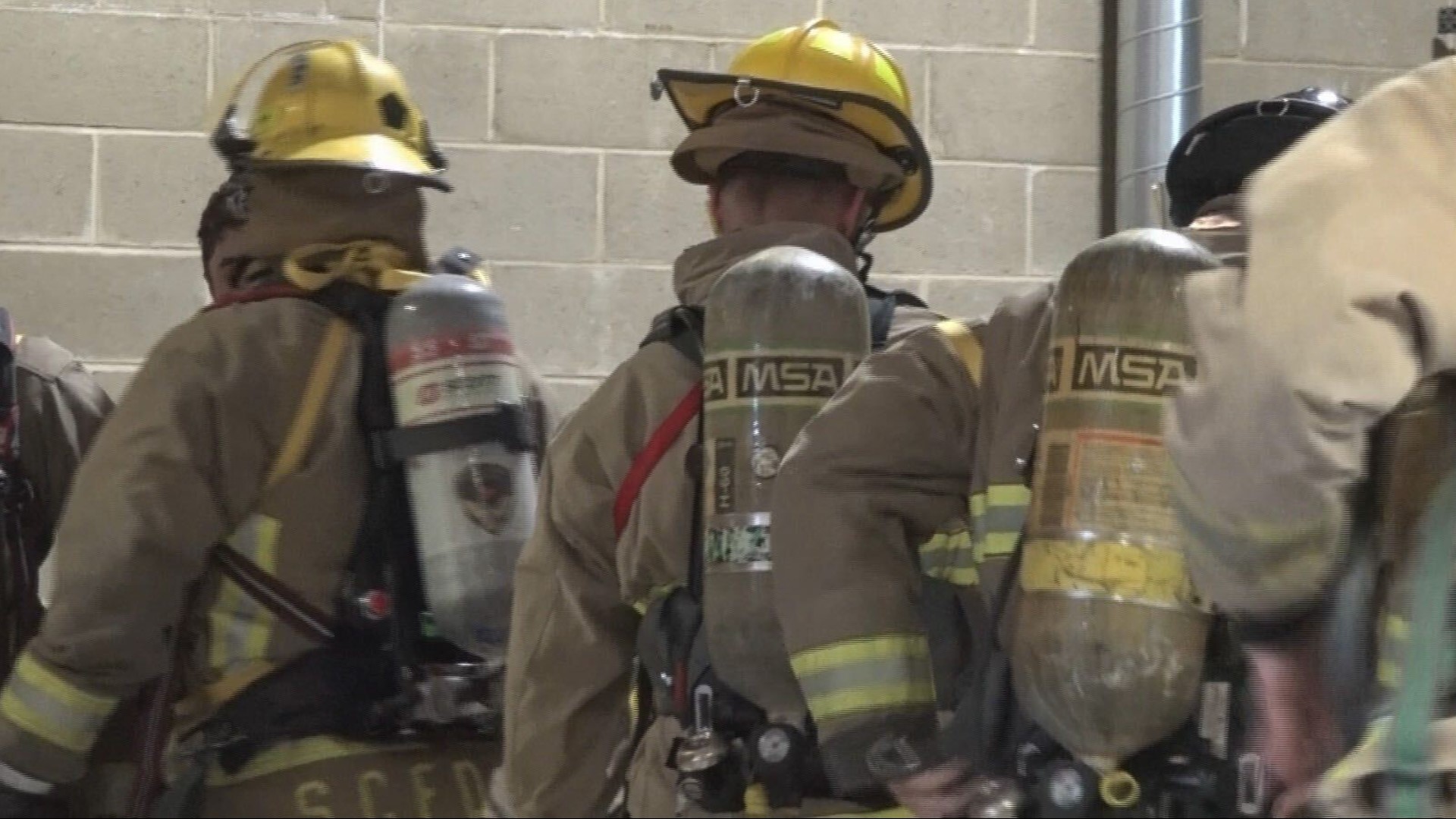 FAIRCHILD AIR FORCE BASE, Wash. — Fighting fire is about teamwork, which is why Fairchild Air Force Base hosted Airway Heights and Cheney Fire Departments, as well as Spokane County Fire District 3 and 10, for fire training exercises. As the Inland Northwest is getting further into fire season, about 20 recruits trained to take on the elements Saturday.

15 weeks of hard work is coming to a close.

"I just fell in love with it and have wanted to do this for as long as I can remember," Firefighter-in-training Kyle Roach said.

Growing up around a fire station in San Francisco, Roach is following in his father's footsteps. He was one of the 18 trainees in the West Plains Recruit Academy.

"I love the adrenaline side of this, so getting to do this was a blast," Roach added. "Seeing guys just get better as we went through was fun to see."

The day consisted of aircraft familiarization and survival training, which includes ladder bailout exercises. This training allowed for the recruits and current firefighters to meet annual Aircraft Rescue Firefighting requirements, and have the hands-on application they are unable to perform in their own facilities.

"Right now, [they're] learning how to jump out of a window if there were a bad situation that happened inside, whether that be flashover, which is when the interior of the structure gets extremely hot and have to get out extremely fast," Fairchild Fire Department Station Captain Technical Sgt. Alex Spears said. "That's what they're practicing in there right now."

Tsgt. Spears said this fire season is going to be intense, so having wildland fire joint operations is extremely important.

"They're doing their own training outside of the fence, but we thought it'd be cool to bring them in as our community partners and show them how we do business here," he added. "We support the local community with the mutual aid agreement."

"So they call us anytime if they need our help. Then we have that agreement across the board, to where if we need Airway Heights or District 10, we can call them and they come help us as well."

The recruits should be ready to take on the season once they graduate in a few weeks.

"I think this will summer will be insane with the weather we've been having," Roach said. "I am just really excited to get going and have my first real shift at Airway, and get more experience and keep learning as I go along."

The 2020 fire season was a record-breaking year with more than 812,000 acres burned in Washington State alone. Spokane Fire warned this season could be as bad if not worse. Spokane County typically doesn’t put out burn restrictions until the end of June or middle of July. This year, local fire jurisdictions are starting three to six weeks early, according to the Spokane Fire Department.

To help firefighters out, get rid of leaf debris, dead pine cones, twigs and pine needles on or around the yard. Clean out problem areas, such as gutters, for a couple minutes every day.

I spent the day at @TeamFairchild learning how firefighter recruits are training for survival.