Increased fire danger is expanding burn restrictions in Eastern Washington. Here's what you need to know. 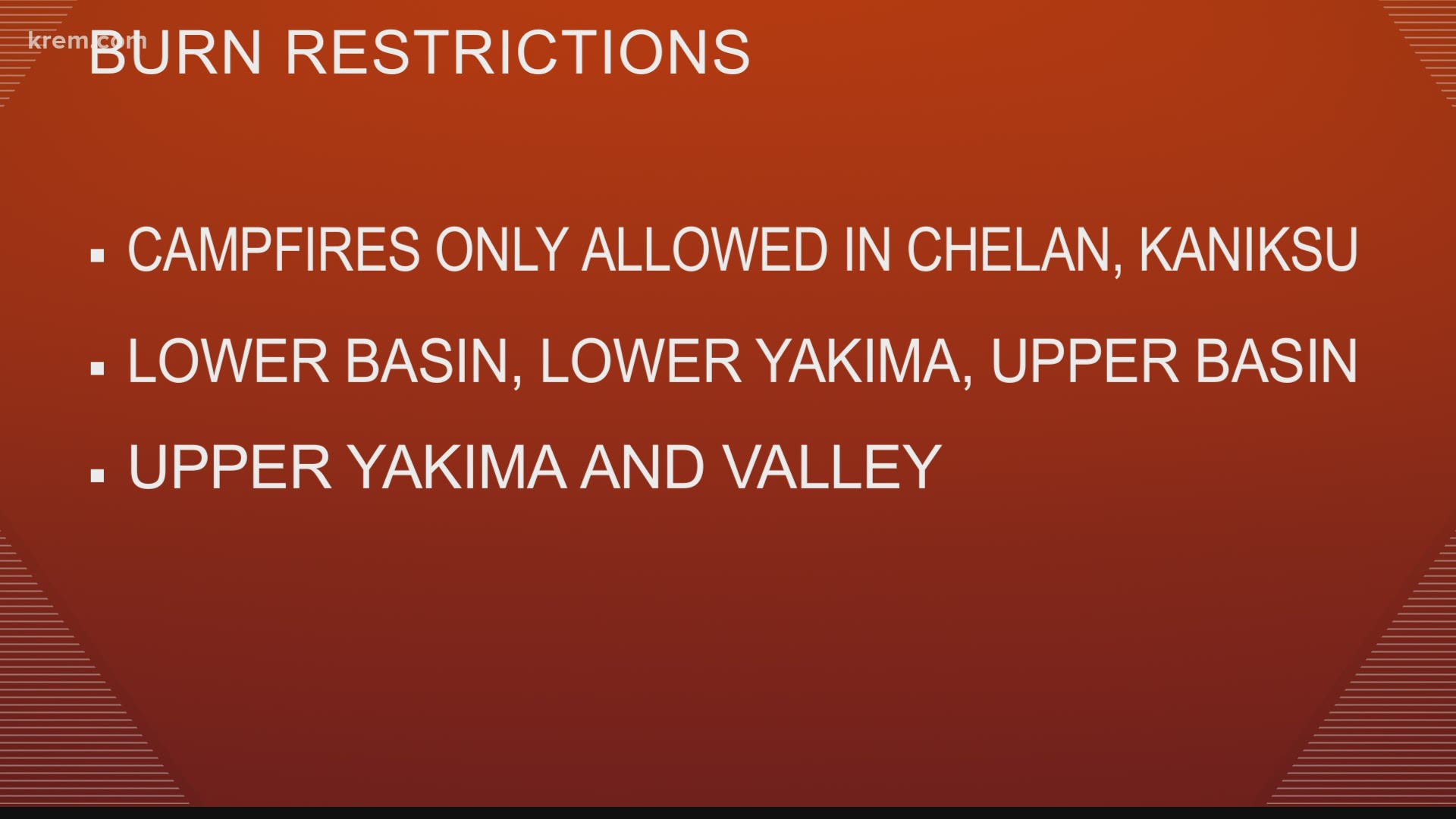 SPOKANE, Wash. — The Washington Department of Resources is expanding burn restrictions beginning on Friday as the state’s landscape dries and wildfire risk increases.

Starting Saturday the DNR is also restricting target shooting in Stevens County.  “Boggs Pit” near Deer Park and “Stonelodge”  near Suncrest, two areas where target shooting is permitted, will be closed due to increasing fire activity in these areas.

The DNR reports that so far this year 216 fires have been started by unattended debris burn piles.

They say that drought conditions have been driving the skyrocketing number of wildfires this season. So far, there have been 437 fires state wide; that's compared to the 10-year average point of 178 fires at the same time in the year.

Those who do not comply with DNR burn restrictions could receive a  misdemeanor citation.