Fire marshals across the county issued the restrictions in order to keep communities safe and reduce the number of human-caused wildfires. 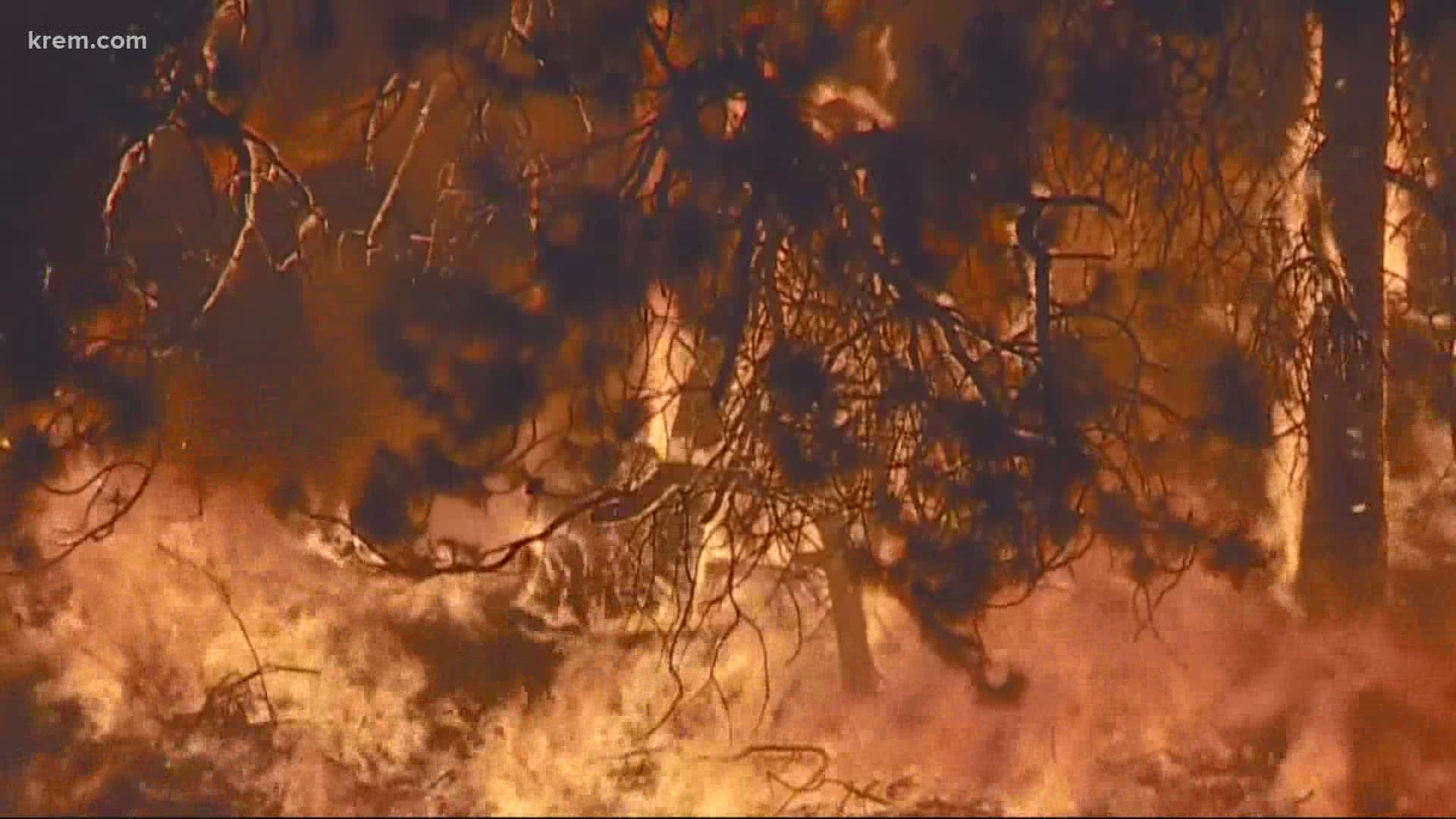 SPOKANE COUNTY, Wash. — Spokane County typically doesn’t put out burn restrictions until the end of June or middle of July. This year, local fire jurisdictions are starting three to six weeks early, according to the Spokane Fire Department.

Effective June 4, outdoor recreational fires and open burning are restricted due to the hot, dry conditions and fire danger for those living under City of Spokane, Spokane Valley, Spokane County, City of Airway Heights and City of Deer Park fire jurisdictions. Rule burns (burns without a written permit issued by DNR) and permit burns are prohibited by DNR within Spokane County. Campfires are only allowed in approved designated campgrounds.

The 2020 fire season was a record-breaking year with more than 812,000 acres burned in Washington State alone. Spokane Fire warned this season could be as bad if not worse.

"We had those super hot temperatures earlier, and we've had almost no rainfall," City of Spokane Fire Marshal Lance Dahl said. "I think we're down almost four inches of rain for the area over the year."

These are just two of the attributes that lead Dahl to enact burn restrictions. He, along with other marshals across the county, all issued the regulations in order to keep communities safe and reduce the number of human-caused wildfires.

"A good chunk of our fires typically are preventable," he added. "Whether it's unsafe burning practices, whether it's equipment failures that maybe should have been caught and even some of our utility fires right can be preventable."

Unauthorized open burning and recreational fires without chimneys are restricted until this order is lifted. Manufactured portable outdoor devices such as fireplaces, chimineas, barbeques and patio warmers used in accordance with the manufacturer’s instructions are allowed.

Those living in the heart of the city and those living further out near the wildland urban interface, must follow the same guidelines, Dahl said. One burning ember can travel up to a mile on a windy day.

"Fifty percent of the homes that burn in a wildland event, those fires are usually started with embers," he said, citing a national statistic from the International Journal of Wildland Fire. "Everyone in the community has a responsibility for fire safety. You've kept your property cleaned up and defensible and you make it easy for us as firefighters to come and protect your property."

To help firefighters out, get rid of leaf debris, dead pine cones, twigs and pine needles on or around the yard. Clean out problem areas, such as gutters, for a couple minutes every day.

If someone is found with an illegal burn they could be charged with a misdemeanor. The Washington DNR burn portal keeps track of local burn restrictions.

Catch all that and more again on @KREM2 with @ReginaAhn, @KREMMichelle & me at 11 p.m. pic.twitter.com/iDfuueno1U