The City of Spokane is not offering warming shelters during ongoing outages due to COVID-19 restrictions. 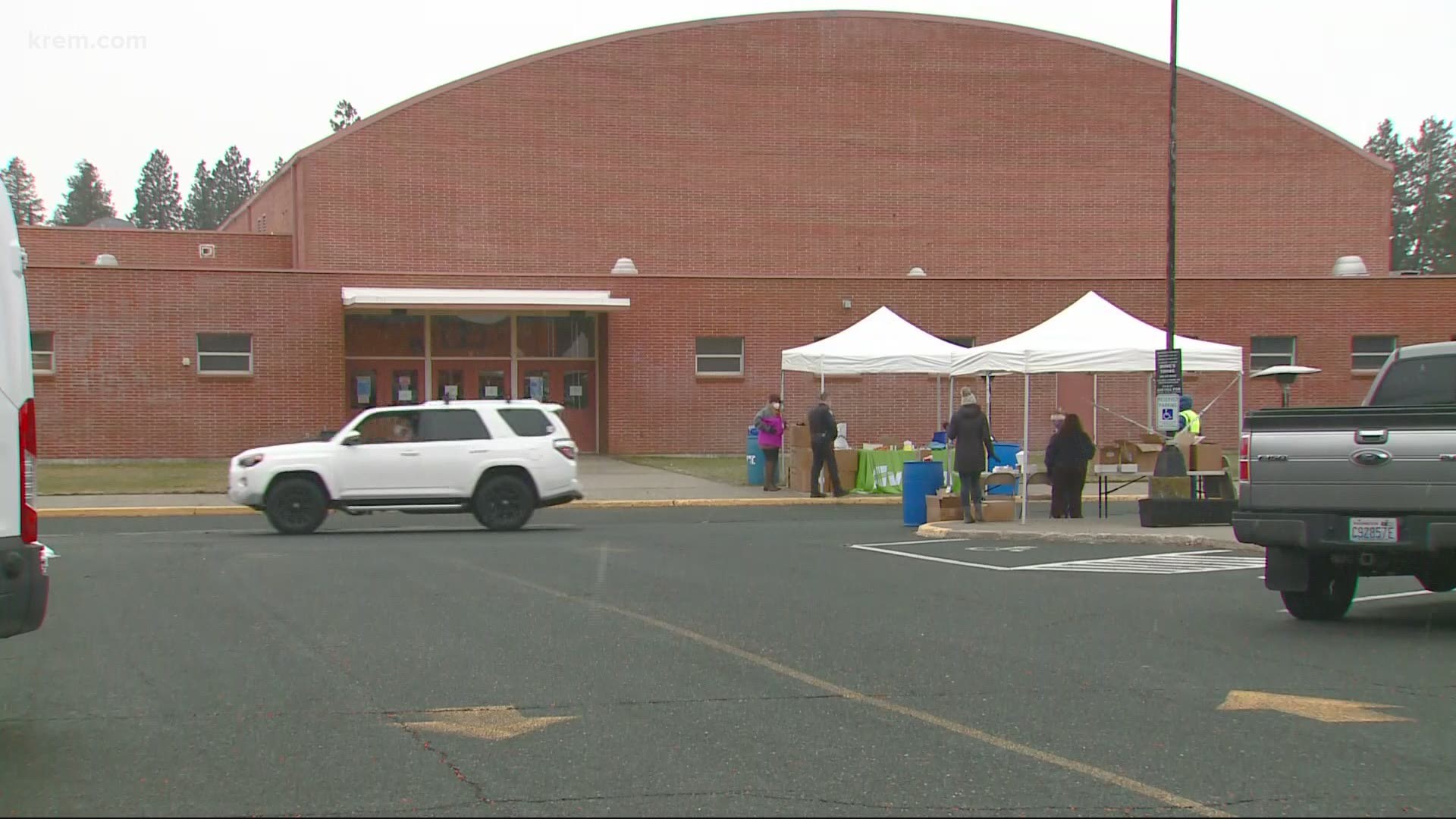 SPOKANE, Wash. — Avista is opening a drive thru charging station with wifi access at Sacajawea Middle School for their customers who are still without power Friday.

The pop-up drive thru will be from 11 a.m. to 3 p.m. in the middle school parking lot at 401 E. 33rd Avenue, according to the City of Spokane's Facebook page.

Tens of thousands of people are still without power after a deadly windstorm Wednesday that killed two people.

“Its not just the South Hill that’s been affected by this," said Steve Trabun of Avista. "We’ve got customers out in the northside as well. But, the South Hill was really, probably has the longest restoration time just because of all of the trees and rock and things like that that we’re dealing with."

More than 25,000 Avista customers, many of whom live in Spokane, are still without power as of 9:30 a.m. Friday morning.

The City of Spokane said on Thursday that it wouldn't be able to open warming centers for those without power due to COVID-19 restrictions.

During the 2015 windstorm, shelters were set up to help people stay warm or to power up their devices but because of COVID-19 city officials said they aren't able to set up such shelters this time.

City spokesperson Brian Coddington said the pandemic presents "significant challenges" for needs specific to windstorm damage. If you are in need of emergency resources, Coddington recommended calling 311 or SNAP.

"That often takes quite a bit of time and back and forth with health officials to make sure that we are following the guidance and not actually doing additional harm," Coddington said.

The Red Cross would typically step in to provide a congregate shelter for people in need of short-term assistance after the storm but the agency is unable to do so, Coddington said.

"Congregate sheltering, which is what we call it, is not the best option right now," said Ryan Rodin with the Red Cross. "And so we're working with folks on an individual basis and meeting their needs as best we can."

This comes as temperatures on Thursday morning trended almost 20 degrees colder than they were 24 hours prior and overnight lows are expected to dip below freezing throughout the week.

Coddington said the city is also not planning to establish charging stations for people without power due to Washington state's ban on gatherings and other restrictions closing public spaces. These efforts during the 2015 windstorm included the use of public library branches, which remain closed during the pandemic, he added.

Washington Governor Jay Inslee declared a state of emergency following the storm that left two people dead. It took 10 days to restore power to all 200,000 customers who lost it during that storm.

Spokane County Emergency Management has taken the lead on helping people with power needs for medical reasons and is partnering with fire departments in that effort, Coddington said.

The following are some steps to take when the power goes out:

How to stay warm during a power outage:

Tips for food if power is out longer than two hours:

RELATED: How to stay safe and warm during a power outage