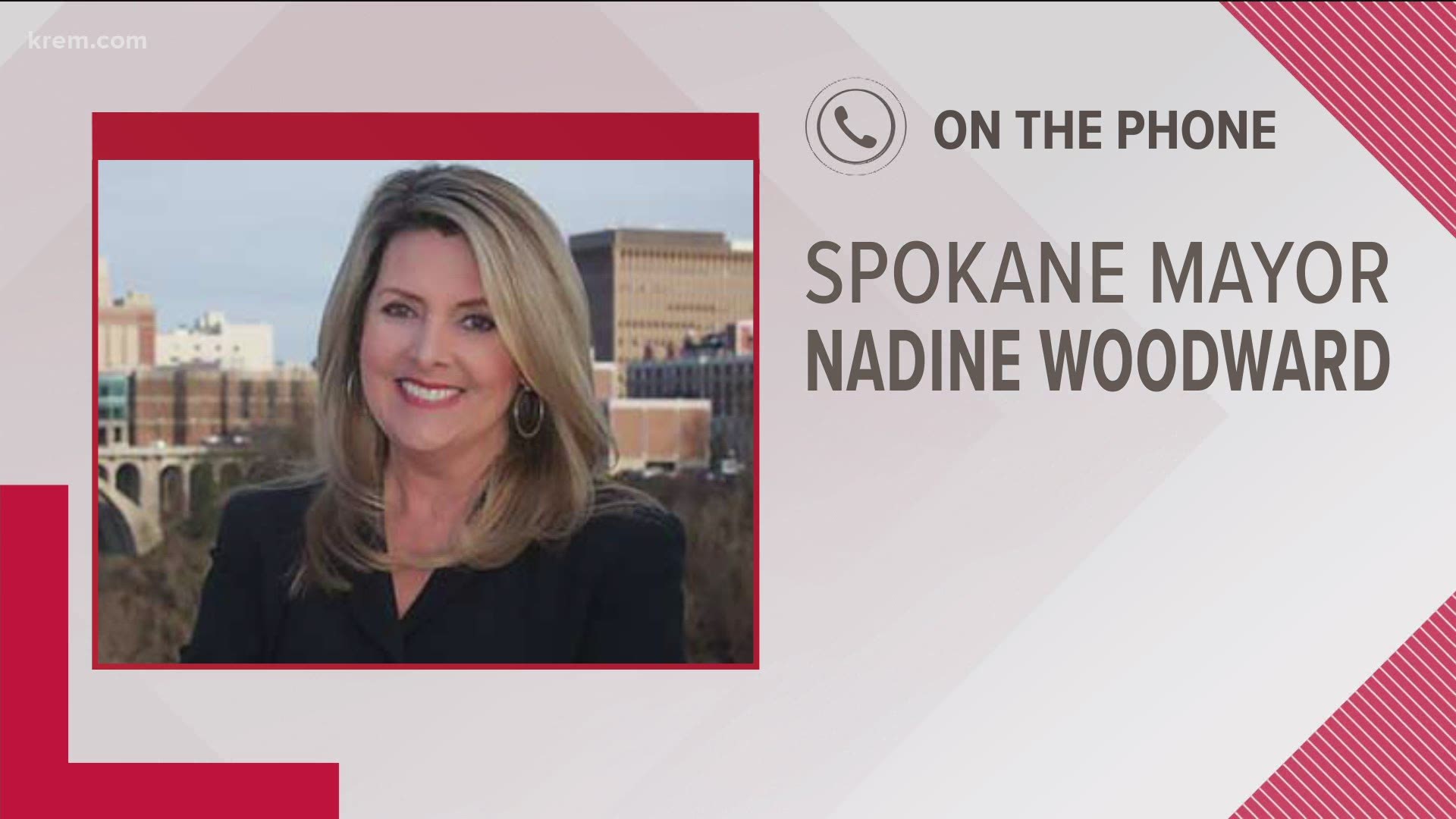 SPOKANE, Wash. — Spokane Mayor Nadine Woodward declared a civil emergency in the city following a deadly windstorm on Wednesday that left significant damage in its wake.

Two people were killed by fallen trees when the storm hit the Inland Northwest on Wednesday. Tens of thousands of people in the Spokane area and North Idaho are still without power for the second day on Thursday.

The mayor's “executive declaration of civil emergency or disaster” speeds up the process of accessing and deploying more resources needed to clean up storm debris. The order is limited to spending for emergencies “requiring the immediate preservation of order or public health, or for the restoration to a condition of usefulness of any public property which has been damaged or destroyed by accident, or for public relief from calamity.”

Woodward toured the city on Wednesday afternoon to evaluate the windstorm damage. She decided to issue the emergency declaration based on consultation with city teams, input she received from community partners and members, and observations after visiting several neighborhoods.

“Our neighborhoods suffered significant impact during the windstorm that left a path of destruction,” Woodward said. “Unfortunately, the devastation adds to the things our neighbors, friends, loved ones, and business owners have already been grappling with for nearly a year now. Speeding up the cleanup process is a small way for the city to show its support for a weary community.”

Damage assessments are still being compiled, city spokesperson Brian Coddington said. The city received reports of about 250 trees that have been downed or significantly damaged on streets and parks.

Comstock Park alone lost 50 trees and Woodward said during an interview on Up with KREM that the area "looks like a war zone."

Woodward said she is unsure about the cost of windstorm damage and the city likely will not know more until crews are further into the cleanup process. The city will look into "every avenue possible" to recoup losses from the damage, whether that is through the Federal Emergency Management Agency (FEMA) or other avenues, she added.

Tap or click here to watch a full interview with Woodward

Washington Governor Jay Inslee declared a state of emergency following the 2015 windstorm in Spokane that left two people dead. It took 10 days to restore power to all 200,000 customers who lost it during that storm.

KREM 2 reached out to the governor's office on Thursday to see if there are any plans to do the same following Wednesday's storm.

Communications Director Tara Lee said it is too early to know the extent of the damage.

With regards to an emergency proclamation, Lee said she was unaware of circumstances where damage exceeds local government resources. If that becomes the case, then it would be more likely, she said.

The City of Spokane will also provide free disposal of trees and tree limbs following the storm.

Solid Waste Collection will provide curbside clean green pickup the week of Jan. 18 for customers who subscribe to the service. Free disposal will also be available at the Waste to Energy Facility (WTE), 2900 S. Geiger Blvd., starting Friday, Jan. 15, and running through Saturday, Jan. 30.

Tree debris from the storm can be placed in green yard waste carts for pickup on customers’ normal garbage collection days during the week of Jan. 18.