The fire department rescued 22 people, including an infant, during the flooding. The fines stem from violations during those rescues. 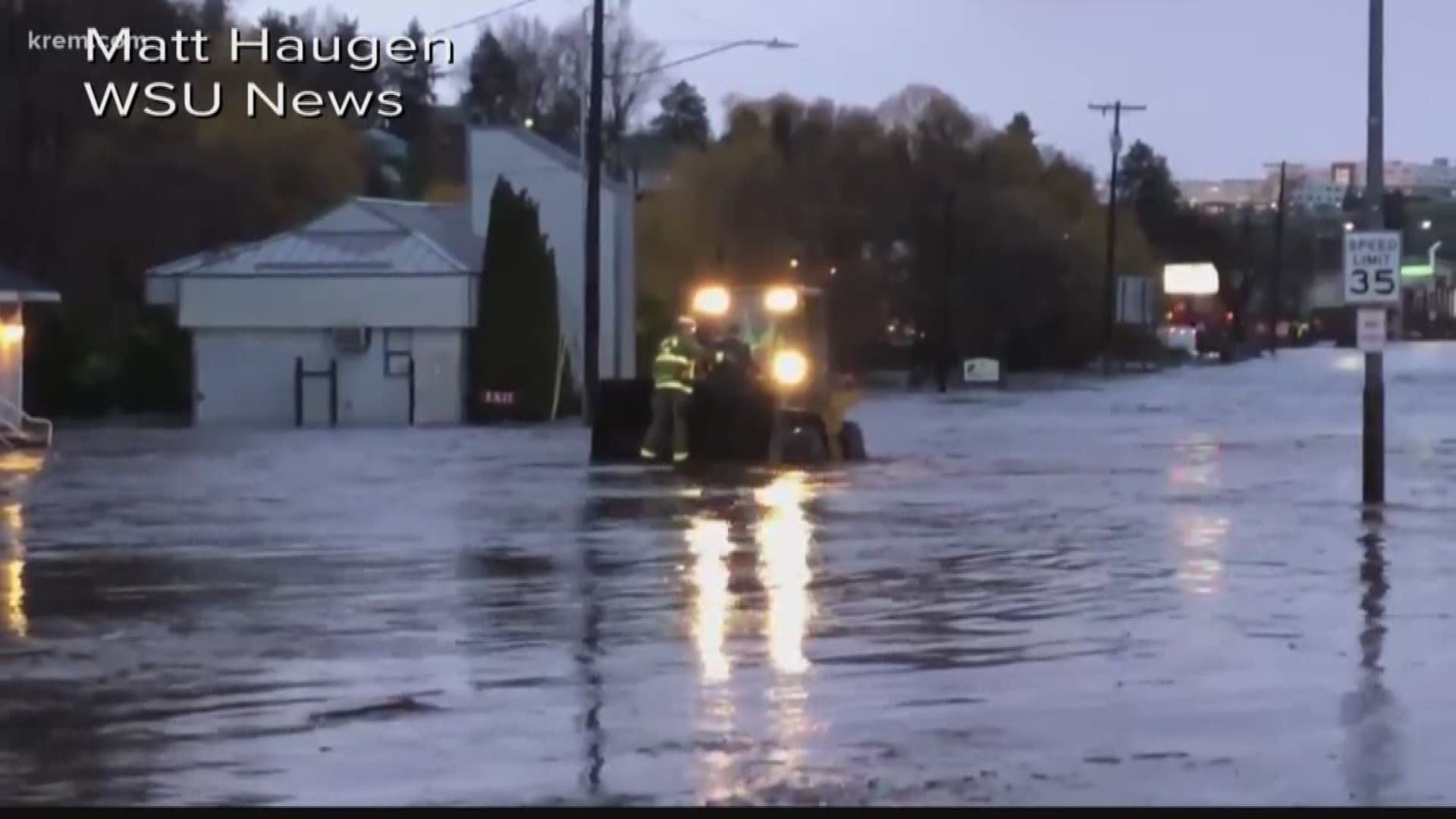 PULLMAN, Wash. — The City of Pullman has been fined $2,700 for violations stemming from its rescue efforts during the city's historic April flood.

The fire department rescued 22 people, including an infant, during the flooding, according to Pullman Mayor and Fire Department spokesman Glenn Johnson.

The fines stem from safety violations while crews used a front-end loader to rescue people.

The front-end loader was used in multiple situations, including one where a group of firefighters used the vehicle to rescue eight people from a gas station, one of whom was having a diabetic emergency.

The Washington Department of Labor and Industries cited the city for three $900 violations that occurred during the flooding on April 9, totaling $2,700.

The city's finance department paid the fines after deciding to not appeal them.

"Did our officers and our firefighters and maintenance operation crew do their best under extenuating circumstances? Yes they did," said Johnson in a phone interview. "The fact that L&I could find some way to improve safety, that's fine, and we have instituted those changes."

He did not specify which changes, but possible moves could include new training or additional equipment.

The first violation occurred when the fire department used a front-end loader carrying three firefighters at four different locations during the flood. The state said the violation was due to the operator having "no swift water rescue training," Johnson said.

The second fine came from allowing firefighters wearing their gear to be unsecured in the bucket of the front-end loader without personal flotation devices or a helmet appropriate for water rescues, according to Johnson.

The last fine was due to the city not providing and requiring "the use of appropriate safety devices and safeguards, including allowing an employee to ride unsecured" in the front-end loader, Johnson said.

Heston said there were no injuries during the flooding.

"We completely support all the decisions that were made that night. It was an emergency situation," he said. "Frequently you have to make do with the tools that you have available to you, and that's exactly what our personnel did that night."

Some firefighters were irritated by the L&I investigation.

"It's hard when people come in and second-guess the decisions that were made in an emergency situation," said Mark Johnson. "I think that's the frustration that most of us have at this point."

But they don't feel compelled to fight the fines either.

"I understand some of the concerns that L&I had and hopefully we'll be able to address those as we move forward," Mark Johnson said.