Flood waters too much for Pullman storm drains, mayor says

Crews worked overnight and throughout the day clearing drains and cleaning up debris from the flash flooding. 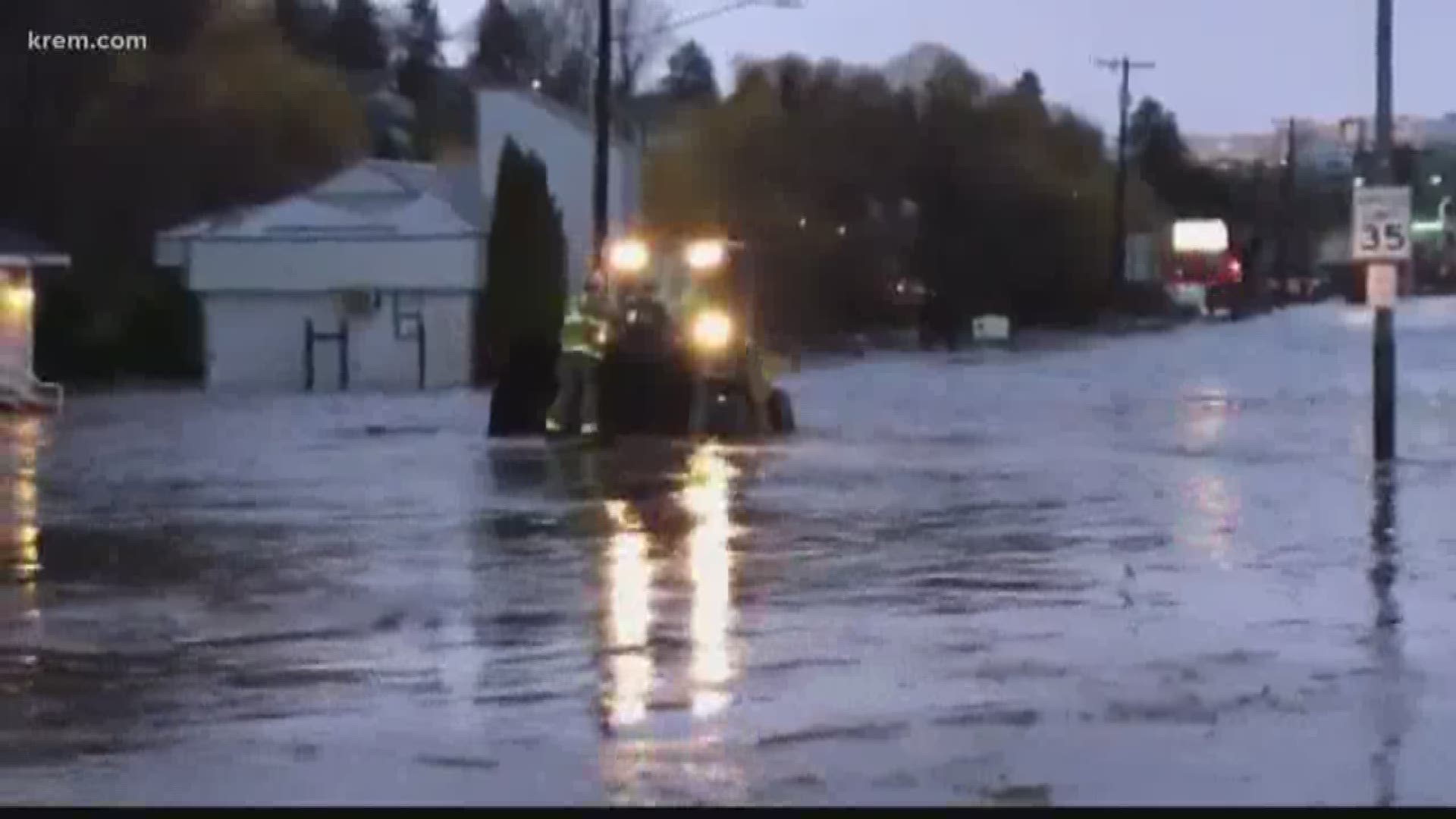 PULLMAN, Wash. — The severe flooding happened in a known trouble spot on Grand Avenue in Pullman.

Storm drains and the design of the road is something city engineers have watched closely for years.

Crews worked overnight and throughout the day clearing drains and cleaning up debris from the flash flooding.

A swath of rain made Grand avenue look more like a river.

“We looked outside and this foot, foot and a half wave was all of the sudden coming down the street and started flooding everywhere,” said Mikayla Palmer.

Palmer and her co-worker were inside Rolly’s Ice Cream Parlor when a raging stream of water trapped them inside.

During a storm, you hope street drains would prevent flooding. Most of the time they do, but in this case it was too much.

“When you get a storm issue like that, when it comes down so quickly, there’s no storm drain that’s going to be able to handle it,” said Pullman Mayor Glenn Johnson.

The National Weather Service is surveying the cause but said the Missouri Flat Creek is likely to blame.

“This area specifically in the road dips a little bit so it does flood even if the whole city is not flooding,” Palmer said.

It’s why the city did a major overhaul to make Grand Avenue less prone to flooding.

“One of the things the engineers came up with a number of years ago was to raise that road so the water would be driven down south,” Johnson said.

For the most part Mayor Johnson said it’s worked but not even a higher road could stop this from happening.

“Once that huge wave came through you could tell with all the debris it brought if the drains weren’t clogged before they were clogged then there was no draining of water to go anywhere,” Palmer described.

There’s a long road ahead for clean up. When asked how the city can prepare for this in the future, and put simply, Johnson said it’s not something you can.

“When you have a cell over your city that dumps that amount of rain in that short period of time you just have to live with what you got,” he said.

Johnson said public works crews assessed the drains on Wednesday and most of them are in good shape but they’ll continue watching them to make sure they’re clear.

RELATED: Record rainfall for Spokane and Pullman in early April