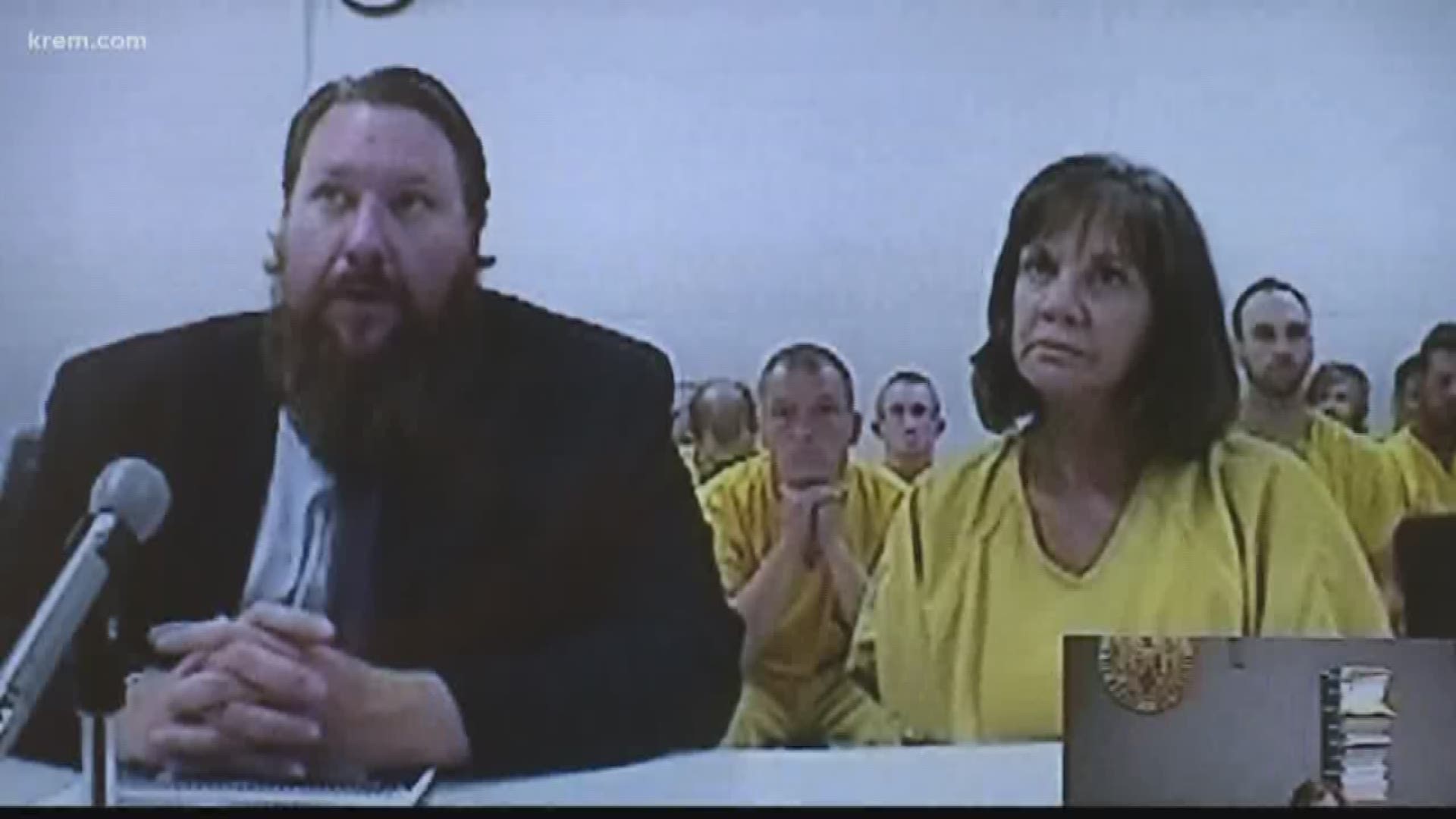 Isenberg’s body was found on March 1.

A detective with the sheriff’s office said they were unable to reveal why detectives are looking to interview Isenberg’s friends, as the investigation is ongoing.

Lori Isenberg could face up to 20 years in prison for wire fraud and up to 100 years for the federal program theft charges. She has also been ordered to pay $579,495.75 in restitution.

According to court documents, Lori Isenberg sent an email to the NIHC Board members the day after her husband went missing saying she needed to be “punished for what she did and she would cooperate by telling the NIHC everything after Larry’s memorial service.”

Then on February 18, the Kootenai County Sheriff’s Office received two reports of suspicious behavior at Isenberg’s home. Court documents said callers reported seeing people at the home moving items out of the house and they had heard Isenberg making comments about selling the home as fast as possible.

Isenberg is not facing charges in her husband’s death.

Those who had a personal friendship or relationship with Larry Isenberg are asked to contact Detective Kelso at 208-446-2128 or via email at kkelso@kcgov.us.