Full Ironman is returning to Coeur d'Alene and volunteers are needed 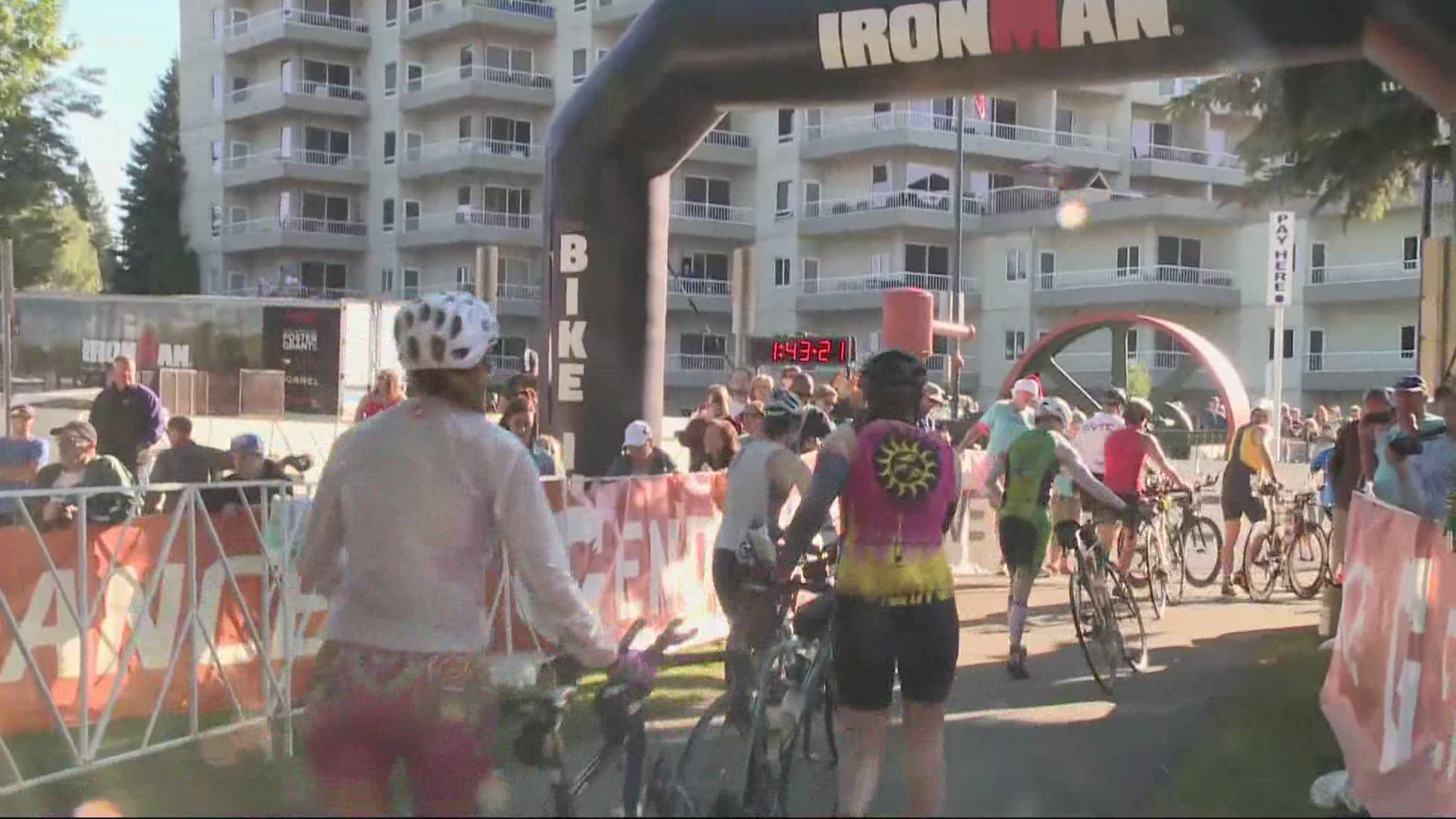 COEUR D'ALENE, Idaho — Dave Christen, regional director with Ironman, said there has been a commonly asked question over the past months: “Is Ironman Coeur d’Alene happening on June 27?”

Christen had an answer Thursday.

“I’m here to tell you, we’re coming,” he said in a phone interview with The Press. “At this point, all systems are go in Coeur d’Alene.”

The full distance Ironman, last held here in 2017, includes a 2.4-mile swim, a 112-mile bike ride and a 26.2-mile run. The field is sold out, with more than 3,000 athletes, including professionals, registered to take on what is considered one of the sporting world’s toughest races. More than 50% of registrants are coming from out of the area.

He also said, though, Ironman Coeur d’Alene “comes with a big asterisk.”

While coronavirus cases have been steadily declining, both nationally and locally, if that should change and there was a sudden upward trend in new cases, organizers would need to reevaluate things.

“At this point, everybody has given us the thumbs up,” Christen said. “We couldn’t be more excited to be heading your way.”

But there is work to be done, starting with recruiting more volunteers, who are critical to the event’s success.

In year’s past, about 3,000 volunteers have come on board and about that many are needed this year to do everything from being course monitors to handing out food and drink to athletes to set up, cleanup and greeting finishers.

Volunteers are rewarded with T-shirts, prizes, camaraderie and the chance to help athletes reach the finish line. About 400 are registered so far.

"We pride ourselves on the success of our events to which none of it could be possible without the support of our amazing volunteers," according to Ironman's website.

Ironman is looking for nonprofit groups that will have opportunities to earn grants by volunteering.

Locals are urging folks to come on board.

“Please help us bring back some normalcy to our community and to athletes who have been missing races,” wrote Laura Sferra, who is helping recruit volunteers.

Cynthia Rozyla is president of the North Idaho Sports Commission, which worked with Ironman to bring the event back to the Lake City.

She is confident people will rally around their efforts.

According to an information sheet about the race:

• Over 3,000 athletes are registered for the race, and it is predicted to be the biggest race ever held in Coeur d’Alene!

• Ironman Coeur d’Alene’s venue has been rated by Ironman athletes at 94.1% overall satisfaction; one of Ironman’s highest rated; encouraging athletes to return.

• In years past Ironman races that had over 3,000 participants enjoyed an estimated economic impact of between $7 and $8 million in new dollars.

• WTC/Ironman Foundation contributed back to area nonprofits and organizations with approximately $80,000 in 2019.

Christen said Ironman is delighted to be back.

“We love coming out to see you guys,” he said.

If you have questions regarding volunteering, contact Volunteer Director  Michelle Haustein, imcoeurdalene@ironmanvolunteers.com.