Both the Spokane Public School District and the Spokane Co. Sheriff's Office are looking to make changes so a mistake like this does not happen again. 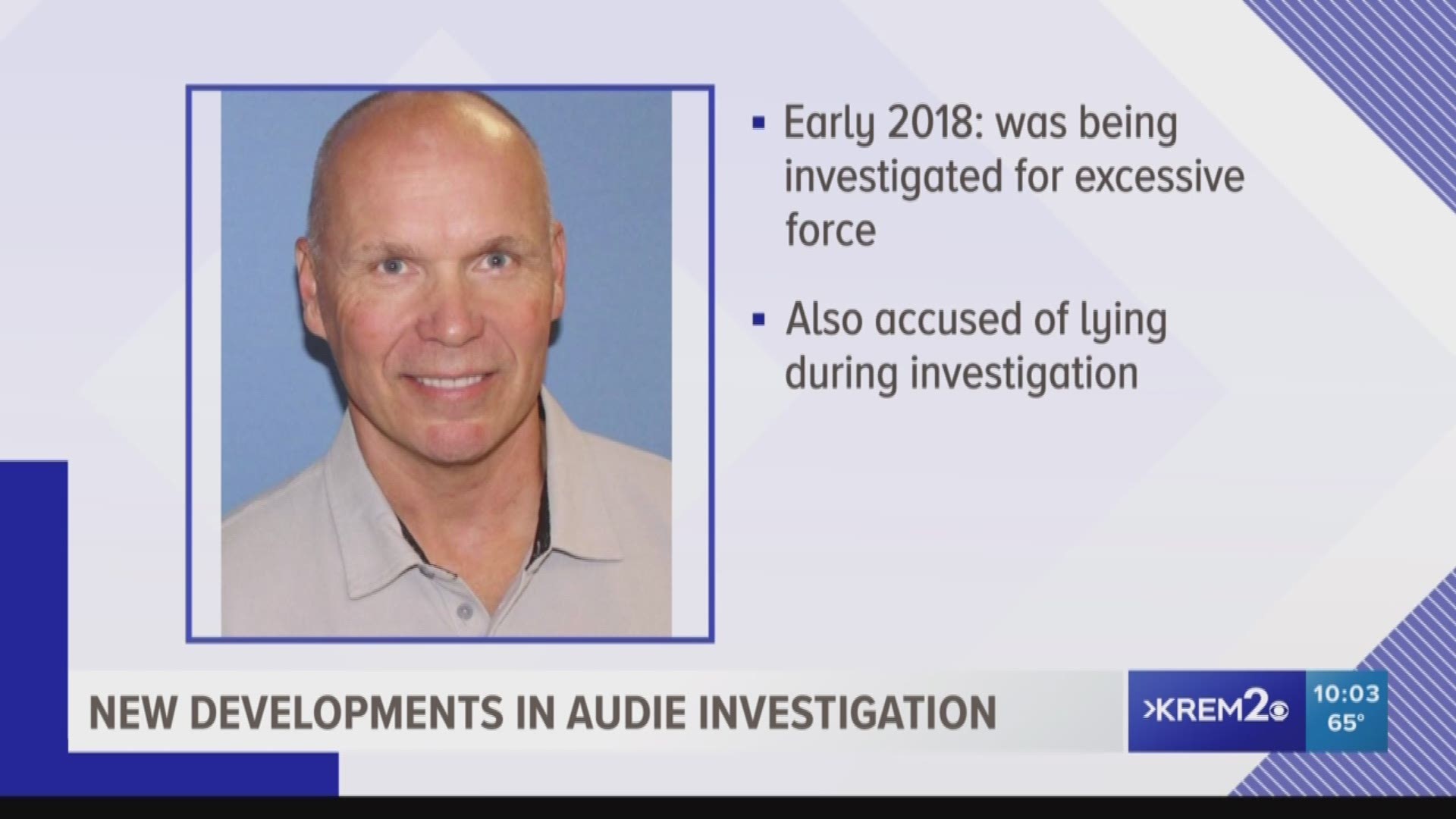 SPOKANE, Wash. — Documents obtained by KREM 2 reveal the confusion between the Spokane Public School District and the Spokane County Sheriff’s Office (SCSO) about how a former deputy who had been repeatedly accused of misconduct was employed at Ferris High School.

Shawn Audie, a former school resource officer, was involved in a fight at Ferris High in January that ended with staffers injured and students arrested. He was accused of excessive force by students during that incident.

It was revealed in the process that he had been accused multiple times of wrongdoing during his time with the SCSO, raising the question of how SPS hired him in the first place.

In April, KREM 2 started to get a glimpse of how the hiring happened. We learned the district conducted a basic criminal background check and contacted Audie's direct supervisor at the Spokane County Sheriff's Office.

But neither of those revealed Audie's history of misconduct allegations.

How is that possible?

First, Audie faced multiple civil suits and internal investigations. But those facts likely wouldn’t come up on a criminal check.

The district also reached out to Audie's sergeant but said he didn't indicate any issue.

Spokane County Sheriff Ozzie Knezovich has said in the past that the reference wasn't enough. He said if the district had contacted anyone else in the sheriff's office, they would have learned about Audie's history and the fact that he was forced out of his job.

In 2018, Audie was investigated for excessive force and then again for lying during that investigation. Sheriff Ozzie Knezovich says he made it clear to Audie: retire or get fired.

"His union president told him in no uncertain terms that if you try to come back, the sheriff is going to terminate you,” Knezovich said.

But documents obtained by KREM 2 show the school district saw a different story.

A Notice of Peace Officer Separation Form, signed September of 2018, shows Audie's reason for leaving as “retirement” and states the agency was not aware of any “disqualifying misconduct.” That paperwork is filed with the state certification agency, the district said.

After Audie was hired by the district, SPS reached out to the Spokane Police Department requesting a "limited commission" on Audie, basically asking SPD whether there is anything on Audie's file that would prevent him from working as a school resource officer. Based on the paperwork filed by the sheriff's office, SPD said Audie was cleared to work in the district.

"So there was considerable confusion on the part of the sheriff's office,” said SPS spokesman Brian Coddington. “We relied upon that information and it turned out to be inaccurate information."

In fact, it was only after Audie resigned his Ferris position that the form was changed.

The personnel coordinator sent a letter directing it be corrected. On the new version, the reason for separation was listed as “resignation in lieu of termination.” The new form also notes that the agency is aware of “disqualifying misconduct.”

Knezovich says it was a mistake.

"Bottom line is: a mistake was made, we corrected the mistake and that's what you do when you make a mistake. You own it. I can't blame anybody for that because I'm the head of this agency,” Knezovich said.

But he says, even with the inaccurate form, the district should have spoken to more than just Audie's supervisor.

"What if the school district would have simply got a hold of the sheriff's office and asked?” he said. "It would've been a fail safe if they would have just flat asked us."

Now, both the district and the sheriff's office are looking to make changes to make sure something like this doesn't happen again.

"From now on, when we have an individual that's been in this type of mix, I will be the one who fills that form out,” Knezovich said.

"We're taking a big, broad look at all of our hiring practices to see if there's things we can tighten up, things that we can do better,” Coddington added.