Sam Martinez, a 19-year-old freshman at Washington State University, died of alcohol poisoning after a fraternity pledge event in November 2019. 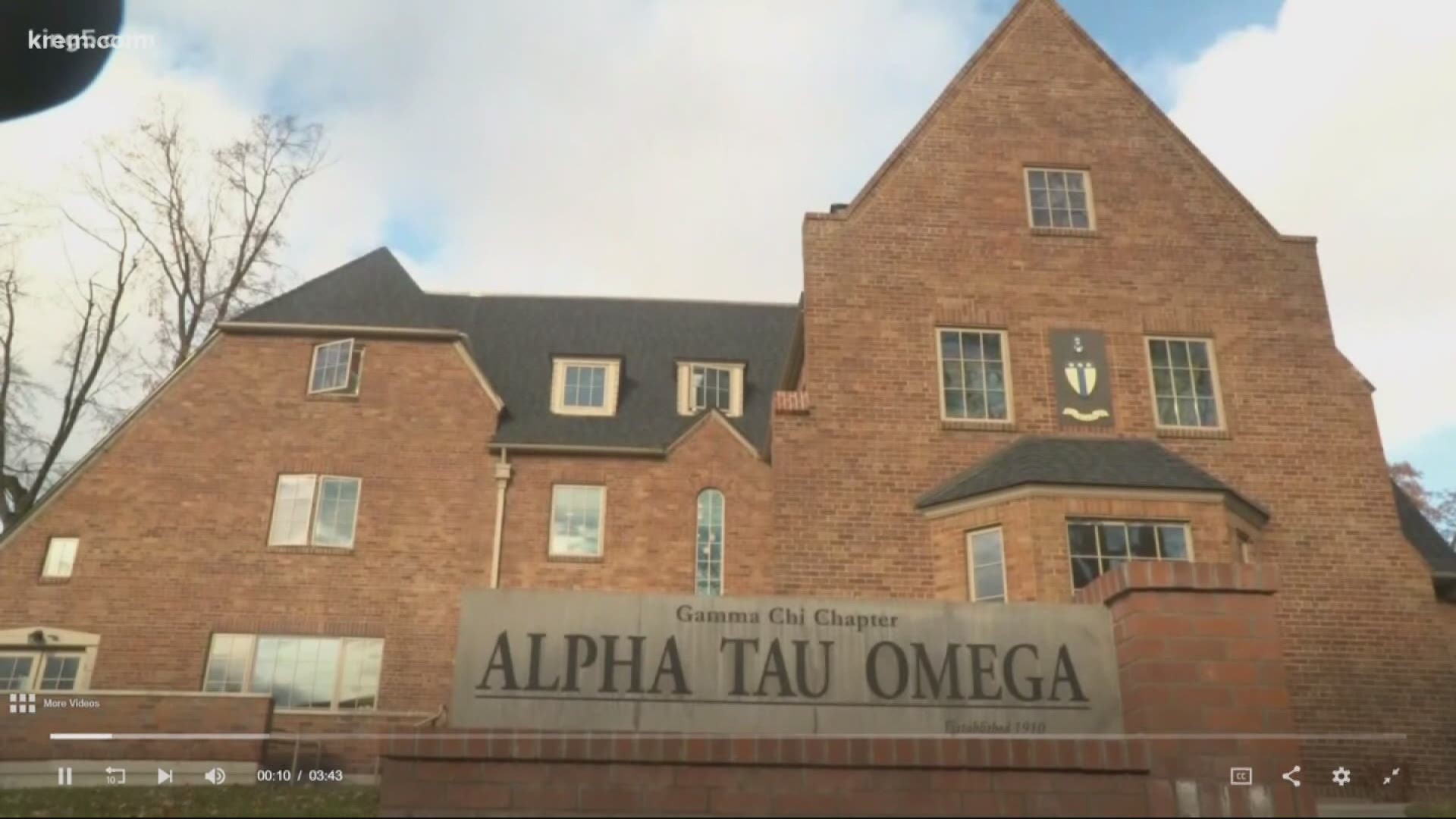 PULLMAN, Wash. — More than one year after the death of Washington State University freshman Sam Martinez, KREM 2 is getting a look at what happened before and afterward through Snapchat videos and police body camera footage.

Martinez, 19, died on Nov. 12, 2019 after attending big/little night, an Alpha Tau Omega pledge event. The Whitman County Coroner ruled his cause of death as "acute alcohol intoxication," otherwise known as alcohol poisoning. On June 2, 2021, prosecutors announced that 15 current and former fraternity members were facing misdemeanor charges of “furnishing liquor to a minor” for their involvement in his death. None of the fraternity members are facing felony charges.

Through a public records request, KREM 2 obtained body camera footage from the morning that officers with the Pullman Police Department responded to the fraternity house. Video from Martinez’s Snapchat account also provides a clearer picture of what happened on the night of his death.

The body camera footage also appears to show the aftermath of the party, with multiple people sleeping on couches. In the footage, authorities later discuss the possibility of more severe charges but agree that they may not have enough evidence.

The body camera footage also shows police interviewing fraternity members on the morning that Martinez was found dead. One of the people interviewed was Wesley Oswald, who is facing two charges of furnishing liquor to a minor – one of those minors being Martinez.

In the interview, Oswald describes what happened at the beginning of the night, saying, "It was big/little night. He was one of my littles. You know, they all showed up you know, I had two littles, him and the other guy, and I had a half-gal [gallon]. I never once forced him to drink from the half gal and you know, he took a good amount of pulls. He seemed like he was OK.”

Oswald goes on to tell police that Martinez seemed drunk about an hour later at 10:30 p.m. He also claims that he and several other fraternity members took Martinez to another room to lie down on a couch.

Oswald told police that Martinez woke up a short time later, and they tried to get him to throw up in a bathroom but could not. That’s when Oswald says he helped move Martinez to the room where he was found dead.

"So we just took him down to the chapter room, put him on the couch, put his head down so if he threw up he wouldn't choke on it, and I checked him at least three or four times the rest of the night, so did other people, and every time he was good. He was asleep, and I just woke up this morning and he wasn't,” Oswald says in the video.

Martinez was found dead by members of his fraternity. Oswald told police the last time he personally checked on Martinez was at 1 a.m.

The 15 suspects charged with furnishing liquor to a minor are set to make their first appearances next Wednesday, June 30 at 1 p.m. KREM 2 will cover the trial in Colfax.

Martinez's parents have also filed a wrongful death lawsuit against WSU and the Alpha Tau Omega Fraternity which he was pledging to join.

Do you have a tip for KREM 2 Investigators? Email investigators@krem.com.