'It is not justice for us': Family of Sam Martinez, WSU student who died in 2019, reacts to criminal charges

Whitman County Prosecutor Denis Tracy has charged 15 people with Furnishing Liquor to a Minor in relation to Martinez's death. 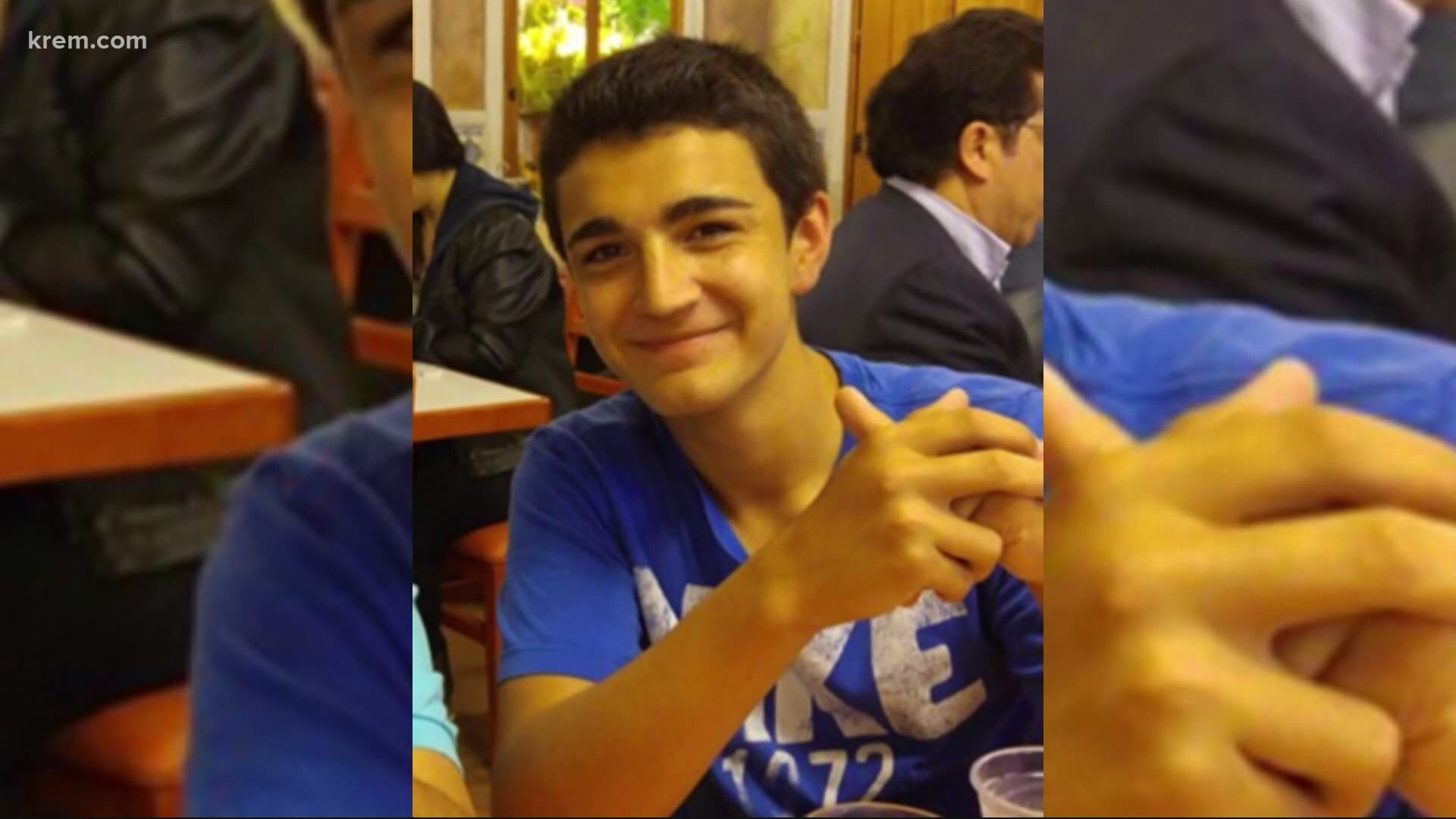 PULLMAN, Wash. — The Whitman County Prosecutor's Office has charged 15 people with Furnishing Liquor to a Minor in relation to the 2019 death of Washington State University freshman Sam Martinez.

The 15 people charged were members of the Alpha Tau Omega fraternity at the time of Martinez's death, according to the prosecutor's office. While it may be the next step toward criminal accountability for those who may have been responsible for Martinez's death, for his family, it doesn't necessarily mean justice is being served.

"It is not justice for us," said Jolayne Houtz, Martinez's mother. "We live every day with the loss of our Sam, and it's just unbearable. These charges are very minor charges against these 15 people, and none of it can bring Sam back."

Martinez was found dead after an Alpha Tau Omega event in November 2019. The Whitman County Coroner ruled that he had died of alcohol poisoning.

Tracy decided to charge more than double the amount of people that the Pullman Police Department had recommended when it completed its investigation. Hazing charges weren't included as the statute of limitations had ran out during the police investigation, a disappointment for Martinez's family.

"Those would have been much more meaningful to us, and much more equivalent to what the circumstances actually were that happened that night," Houtz said.

Pullman Police Chief Gary Jenkins told KREM earlier this year that the investigation took longer than the one year statute of limitations for hazing for two main reasons - multiple witnesses having left Pullman due to breaks from school, and difficulties accessing a cell phone for evidence.

This has led Martinez's family to call for changes to be made to Washington's hazing laws.

"These cases should be considered as a felony," said Hector Martinez, Sam's father. "And there should be a bigger, bigger consequences on these."

Furnishing Liquor to a Minor, the charge that the 15 people are facing, is a gross misdemeanor in Washington state. The maximum penalties are a year in jail and a $5,000 fine.

Tracy didn't want to speak on camera about the case due to the fact it's still ongoing. He said he doesn't feel like the charges are substantial justice for Martinez or his family, but its what he can do. He also said its the highest number of charges arising from a single drinking event he can recall since he became the county prosecutor, and that this could serve as a deterrent against binge drinking.

A deterrent for actions that Houtz said led to an avoidable death.

"If just one person had stopped, or said stop. If one person had called for help when Sam was in trouble, Sam would still be with us right now. And that's really hard for us to live with," Houtz said.

Houtz and Martinez previously filed a wrongful death lawsuit against the university and the fraternity. They said that is now on hold due to the criminal charges.

The fraternity was suspended by both its national organization and the university after Martinez's death.