The WSU Cougars are facing off against the Oregon Ducks Saturday, but fans are not allowed at the game, in campus parking lots or in popular gathering spots. 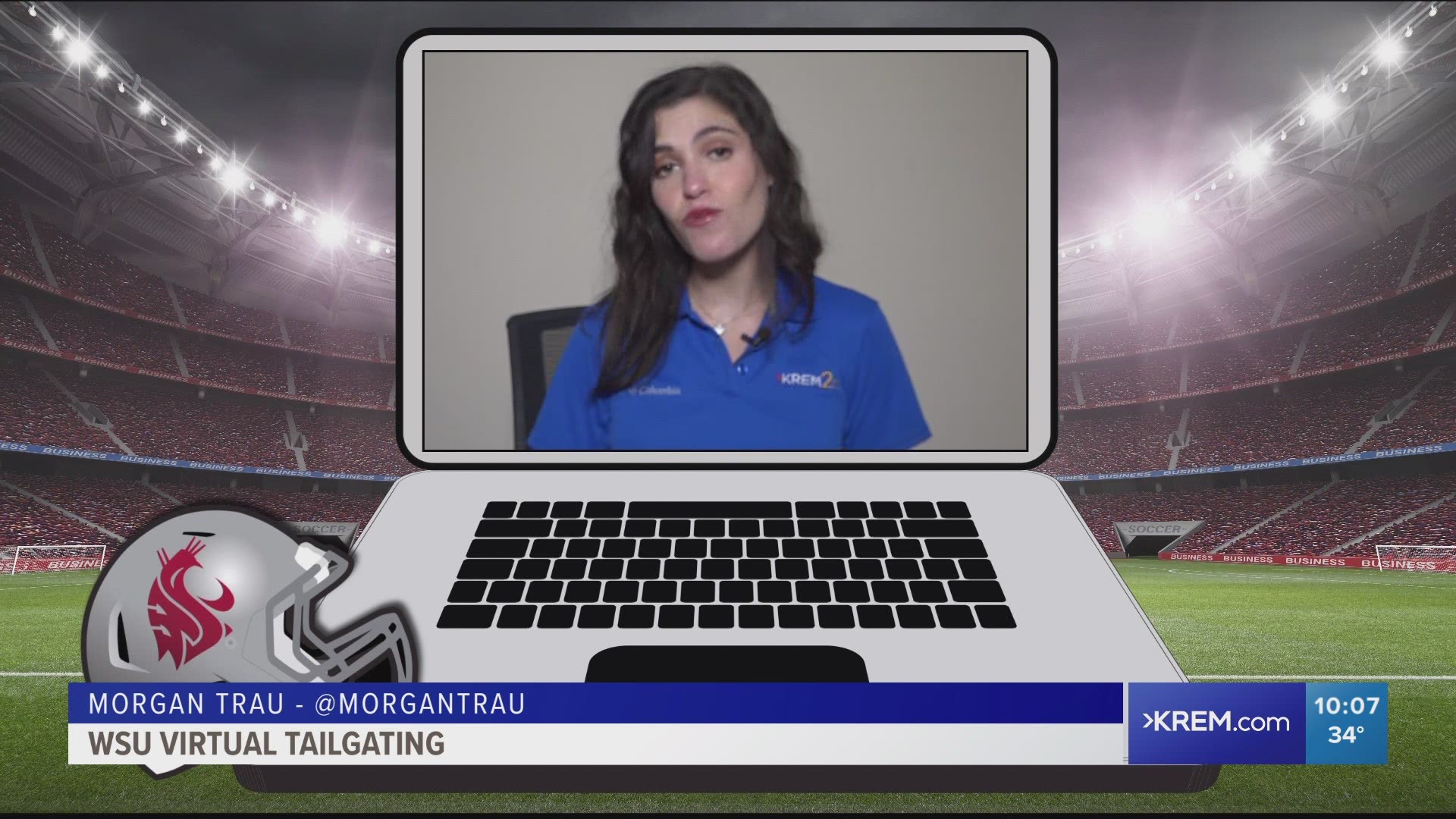 PULLMAN, Wash. — Football games are looking a lot different at Washington State University than they have in previous years.

The WSU Cougars are facing off against the Oregon Ducks Saturday, but fans are not allowed at the game, in campus parking lots or in popular gathering spots.

The Coug Nation will be watching from a distance, but groups are coming up with creative alternatives to still get in the game-day spirit while social distancing.

"My dream would be able to fly to Washington, but we can't," said WSU alum Susanne Meier. "It's just trying to keep that feeling alive, even though we're not there in person."

Online events aren't new for the WSU Alumni Association, but their Northern California chapter started doing virtual tailgating. Meier says she felt isolated when the pandemic began, but WSU alumni events have been a lifeline for her.

"We really have relied on the internet for a number of years, in whatever different capabilities," she added. "So this is just the next type of technology that we're adopting in order to stay connected."

NorCal WSUAA Vice President Omar Taovil knows that people would rather be in-person, but seeing people over the screen is the next best option.

"It is what it is and so we try to make the best of the situation," Taovil said. "We're just excited there's Cougar football."

He expects about 20 people to attend Saturday's Zoom.

"We kinda just share stories, listen, hear, talk and we all bring our drink of choice and we have fun," he said. "It is the best of a bad situation."

"It was really nice to connect with others from all over, not only the state of Washington, but California and other states," said Meier. "There is something about living and being in Pullman, I've made connections there that I've not been able to replicate anywhere else."

"I am really grateful for these zooms and I am glad they exist," she added.

Virtual tailgating is definitely your best option, no matter if you live in another state or just down the street from the stadium, as steps are being taken to enforce the restrictions and discourage gatherings during the game.