Governor Inslee said the Washington National Guard is confident the site will be ready by Monday, Jan. 25, but the opening may be delayed by a lack of vaccines. 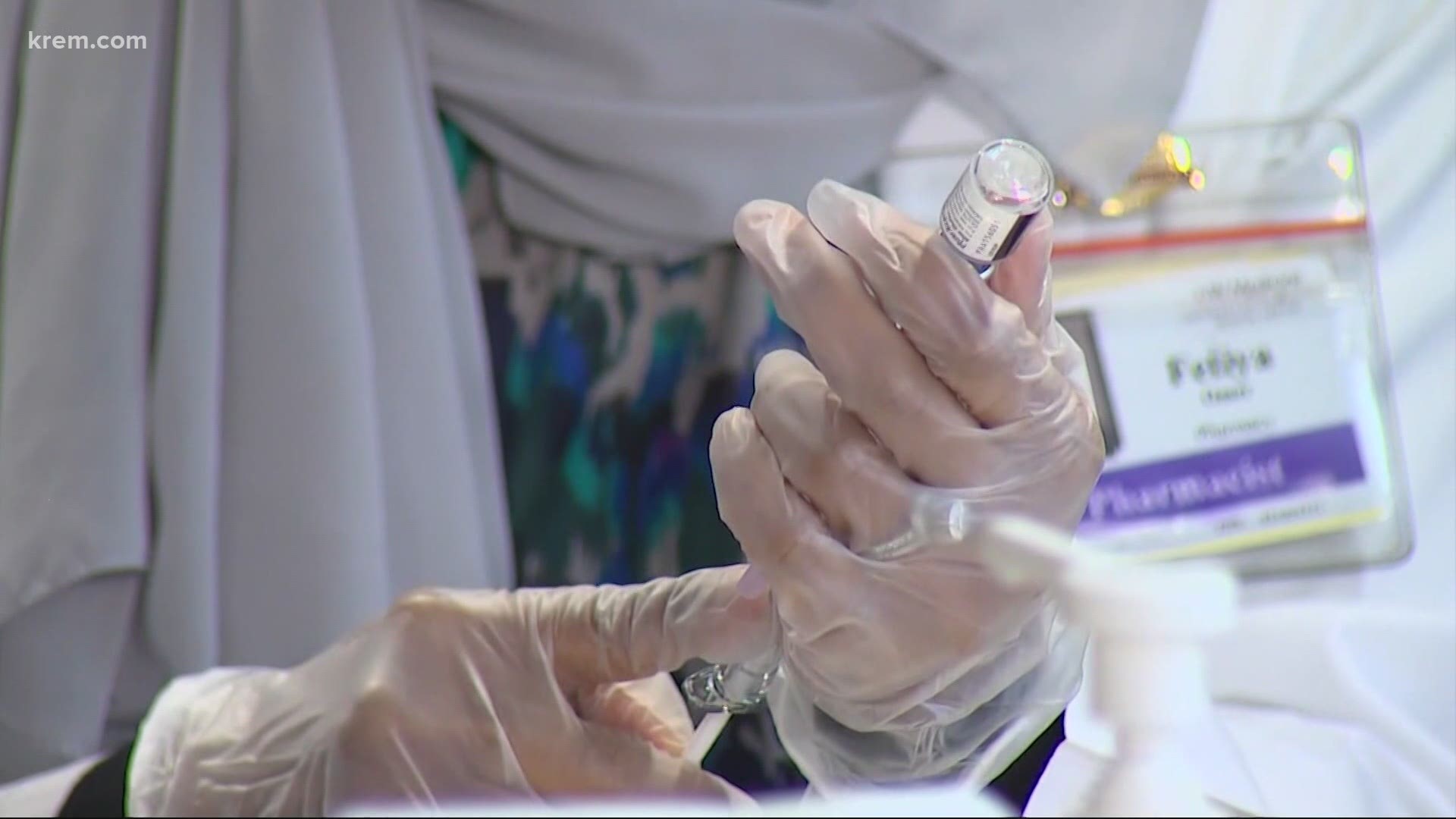 SPOKANE, Wash. — The mass COVID-19 vaccination site at the Spokane Arena may not be able to open on Monday if the state doesn't receive enough vaccine doses, according to Washington Governor Jay Inslee.

Inslee spoke with the media on Thursday and took questions from KREM about the COVID-19 vaccine in Spokane County.

When asked about why the Spokane Regional Health District reportedly wasn't informed of the mass vaccination site before it was publicly announced Monday, Inslee said the state is moving as quickly as possible to vaccinate people in Washington.

"We're moving as rapidly as we can here. So under normal days, we would have had a six-month discussion with the Spokane [Regional] Health District, but we got to move fast here," Inslee said.

He went on to say that the Washington National Guard has confidence the site will be ready Monday but it may not have the vaccine doses needed to open.

"The planning is going very well in the getting this up and running in Spokane. I checked on that this morning," Inslee said. "The National Guard has every confidence they can stand this up. We hope Monday, but that's not a sure thing, because we may not get doses in Monday from the federal government. But, I'm very confident they can get this going."

The governor also said he wants to see people in Spokane County vaccinated as quickly as possible going forward.

"It'll be in good compliance with Spokane. I’m very confident it’ll workout. There's nothing that we've planned that...anybody in Spokane is going to complain about, I believe, because we want to get people vaccinated in Spokane County," Inslee said.

KREM also asked Inslee about getting Spokane County more doses of the available COVID-19 vaccines so the area can move to start inoculating those in Phase 1B. Inslee previously announced that the state would be moving to that phase immediately.

Inslee blamed the federal government for the state's vaccine supply not meeting its demand.

However, Inslee said he believes the amount of doses Washington is allocated weekly will begin to rise in the coming weeks. He attributed this to the transition to the Biden Administration and President Joe Biden's decision to activate the Defense Production Act.

"I'm glad we've got President Biden, who I'm convinced through the use of the National Production Act, something I urged the previous occupant to do who never did it in a meaningful way, then we will be able to have more doses. That's just the simple answer," Inslee said.