A timeline of the firing of Dr. Bob Lutz and Spokane's spike in coronavirus cases

Spokane's health officer was fired just as the county began shattering records for the spread of the coronavirus. 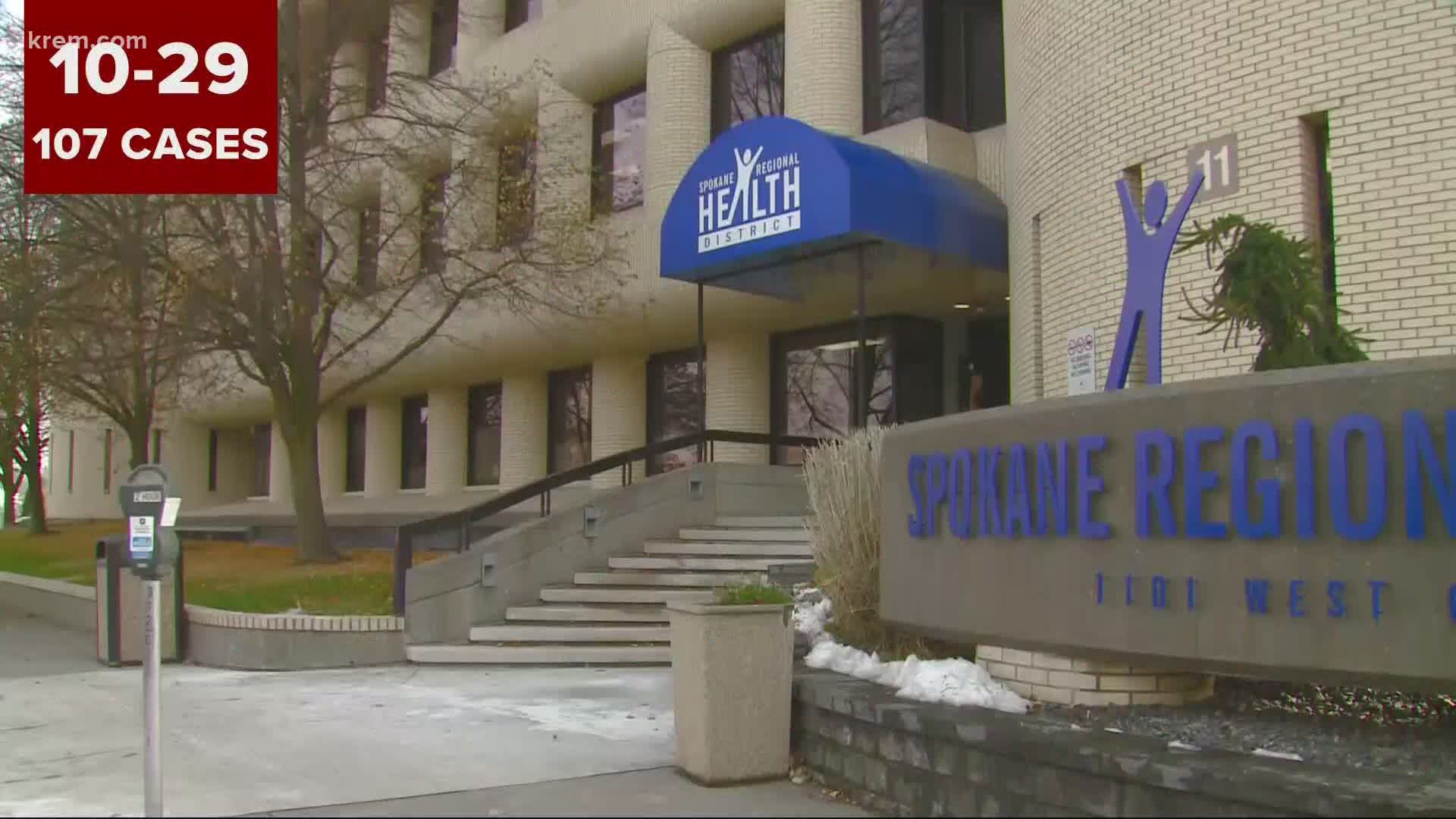 SPOKANE, Wash — Coronavirus cases are surging in Spokane County and the community has yet to hear from the person responsible for responding to the disease.

Their chosen replacement, Dr. Francisco Velazquez, has yet to make a public appearance or statement of any kind.

So how did we get here? Here's a look back at the timeline and the simultaneous rise in COVID-19 cases.

The situation started with a board meeting on October 29th. In a closed executive session, concerns about Doctor Bob Lutz's performance were raised.

At approximately 9 a.m., SRHD sent out a press release that shocked many, saying Lutz had been asked to resign.

But it quickly became apparent that wasn't exactly what happened.

In a turbulent press conference that same day, district officials repeatedly evaded questions about whether Lutz had resigned or been fired. But when asked to clarify whether Lutz was considered an employee of SRHD, spokesperson Kelli Hawkins responded "as of today, no he is not."

Neither Hawkins, Clark, nor board chair Ben Wick were willing or able to clarify who exactly was fulfilling Lutz's duties as health officer at that time.

Spokane County recorded 152 new cases on this day, the second-highest number to that point.

Several board members began calling for a special meeting to hash out, publicly, whether or not Lutz was and would remain as health officer.

On Saturday, Lutz broke his silence. He hired a lawyer and announced he was not resigning, and that his status within the district was unclear, even to him.

Protesters gathered outside the health district's offices to show their support for Lutz.

Lutz, through his lawyer, released another statement. This one said Clark had definitively fired him on October 29, and taken his SRHD laptop and other materials.

This would be illegal, as only the board can fire the health officer, and can only do so via a public vote.

A public records request revealed board member Breean Beggs had concerns about the actions taken by SRHD leaders over the course of the past few days.

In an email, Beggs noted that Clark should not have revealed anything that happened in executive session, that any decision on Lutz's employment would have to be made publicly, and that it was his understanding Clark would simply be presenting Lutz with a corrective action plan, not termination.

The board held a special meeting to decide Lutz's fate.

Clark unveiled a litany of personal and professional misconduct allegations against Lutz.

"It is clear to me that Dr. Lutz is unwilling to make the necessary changes to be a successful part of the Spokane Regional Health District team moving forward," she said before calling for his termination.

Lutz and his lawyer argued the allegations were trivial compared to the importance of having a competent professional in the role of health officer during a pandemic.

"You will find that they in no way constitute a reasonable basis to fire me," Lutz said of the accusations in his opening statement.

The board disagreed, voting 8-4 in favor of his termination.

The same night, they unanimously approved a new interim health officer, Dr. Frank Velazquez. Most board members appeared to be unfamiliar with Velazquez.

The day after Lutz was fired, Spokane County recorded a new all-time high in cases with 183, soaring past the previous record of 170 that had been recorded in August.

In the days after the meeting, several board members, as well as SRHD employees, expressed concern over the decision.

The next day Spokane again shattered its single-day record, nearly doubling it with a whopping 347 new cases.

On Monday, the Washington State Board of Health decided to investigate multiple complaints made by citizens against Clark, alleging violations of state law in the process of her forcing out Lutz.

"I think that for the community, it's important to get our best sense of transparency here in terms of what really happened," said Washington Secretary of Health John Wiesman.

The same day, Spokane County exceeded 200 new cases for only the second time.

As state officials issue new warnings about the surging numbers in Washington, Spokane's new health officer has yet to be introduced to the public or articulate how he plans to manage the spike.