The Panhandle Health District announced 110 new cases of coronavirus on Monday, bringing the district's total case count to 1,240 since the pandemic first began. 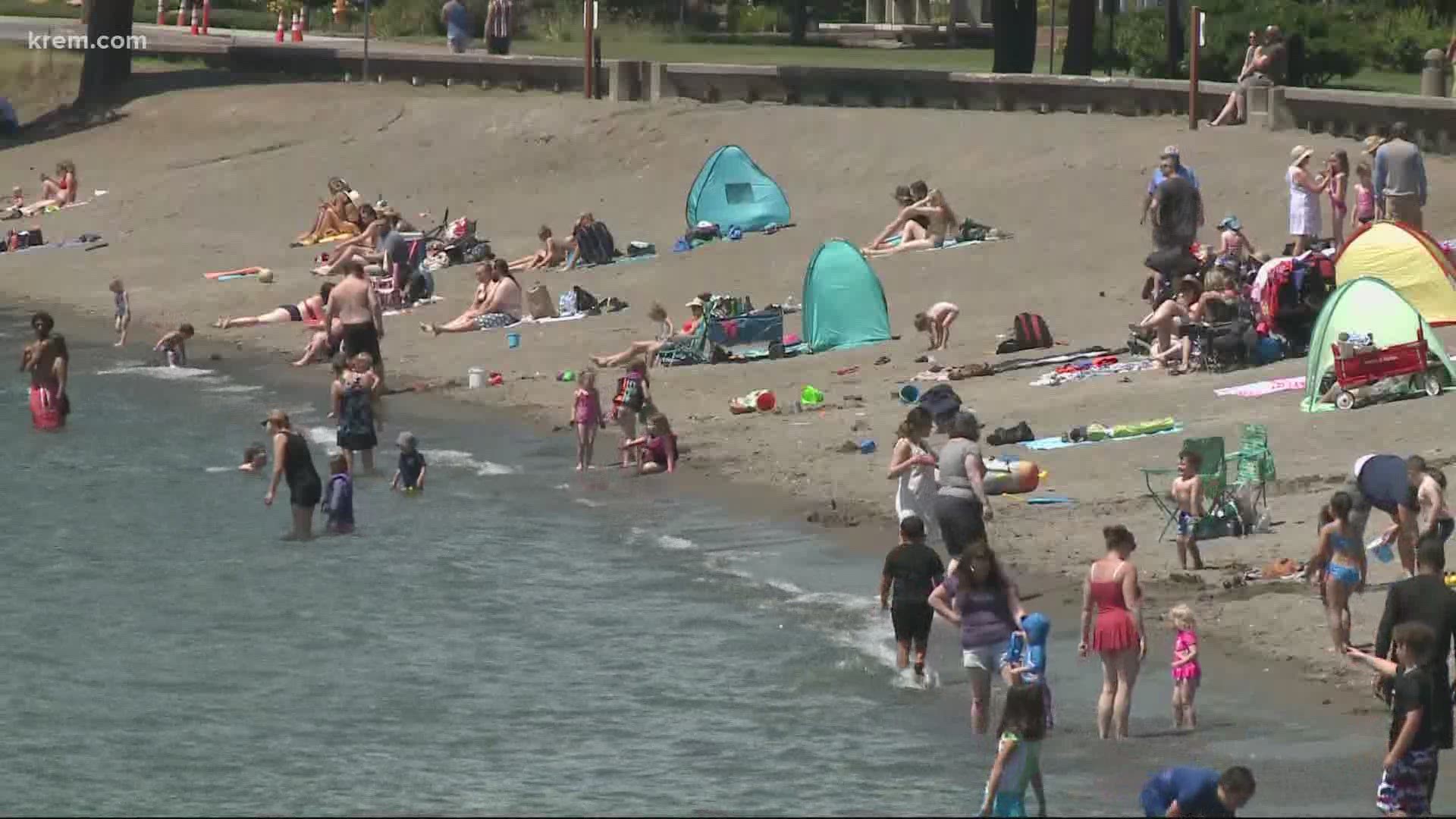 KOOTENAI COUNTY, Idaho — The number of active coronavirus cases in North Idaho continued to rise on Monday while the area's number of hospitalizations tied to the virus more than doubled compared to the week before.

The Panhandle Health District announced 110 new cases of coronavirus on Monday, bringing the district's total case count to 1,240 since the pandemic first began earlier this year.

Health officials were monitoring 733 active cases across Idaho's five northern counties. That represents the highest number of active cases the district has monitored during the pandemic.

Nineteen people with the virus were hospitalized, an increase from eight hospitalizations last Wednesday. Kootenai Health confirmed that all 19 cases were at the hospital, with three of the patients being in critical care.

Wait times for coronavirus tests at the hospital remained the same compared to the week before, however. Andrea Nagel, a Kootenai Health spokeswoman, confirmed that people visiting the hospital's drive-through testing site were waiting one to two hours on average.

"Although our testing has increased, that does not explain our sharp increase in cases," said Panhandle Health spokeswoman Katherine Hoyer in an email to KREM.

PHD leaders had previously said that people bar-hopping was partially behind the area's sharp rise of cases.

Also on Monday, Heritage Health announced that it was beginning to offer coronavirus tests at its locations in Coeur d'Alene, Post Falls, Rathdrum, and Kellogg.

While the pandemic has had noticeable impacts on businesses in Coeur d'Alene and other high-traffic areas, even rural parts of North Idaho have felt the virus' effects. This month, the U.S. Forest Service announced that the Emerald Creek Garnet area of the Idaho Panhandle National Forest would remain closed for the rest of the year due to coronavirus concerns.

The popular area, known for containing star garnets, often draws more than 5,000 visitors each summer to a rural section of Latah County to dig for the gems. The USFS said that enacting social distancing measures in the digging sections of the recreation site and other areas would be impossible.

RELATED: Here's where to get tested for COVID-19 in Spokane County

"People are crowding in together in the digging and sluicing areas. And they're lined up, waiting for their turn to get in," said Patrick Lair, an Idaho Panhandle National Forest Public Affairs Officer. "This is a very tough decision for the forest service."

Lair added that the area often draws in visitors from across the Pacific Northwest. Idaho, he explained, is one of just two areas in the world where star garnets can be found.

"It's just in the interest of protecting the health and safety of not just the public, but also our own employees," he said of the closure.

The Emerald Creek area was closed last year as well due to nearby road construction and stream restoration work.

All other recreation sites on Panhandle National Forest lands were open, Lair said.

RELATED: Over 29 percent of Spokane County coronavirus cases are people in their 20s: What we know today