The annual festival that happens on Saturdays and Sundays throughout December is canceled this year, instead the lights will come on at dusk seven nights a week. 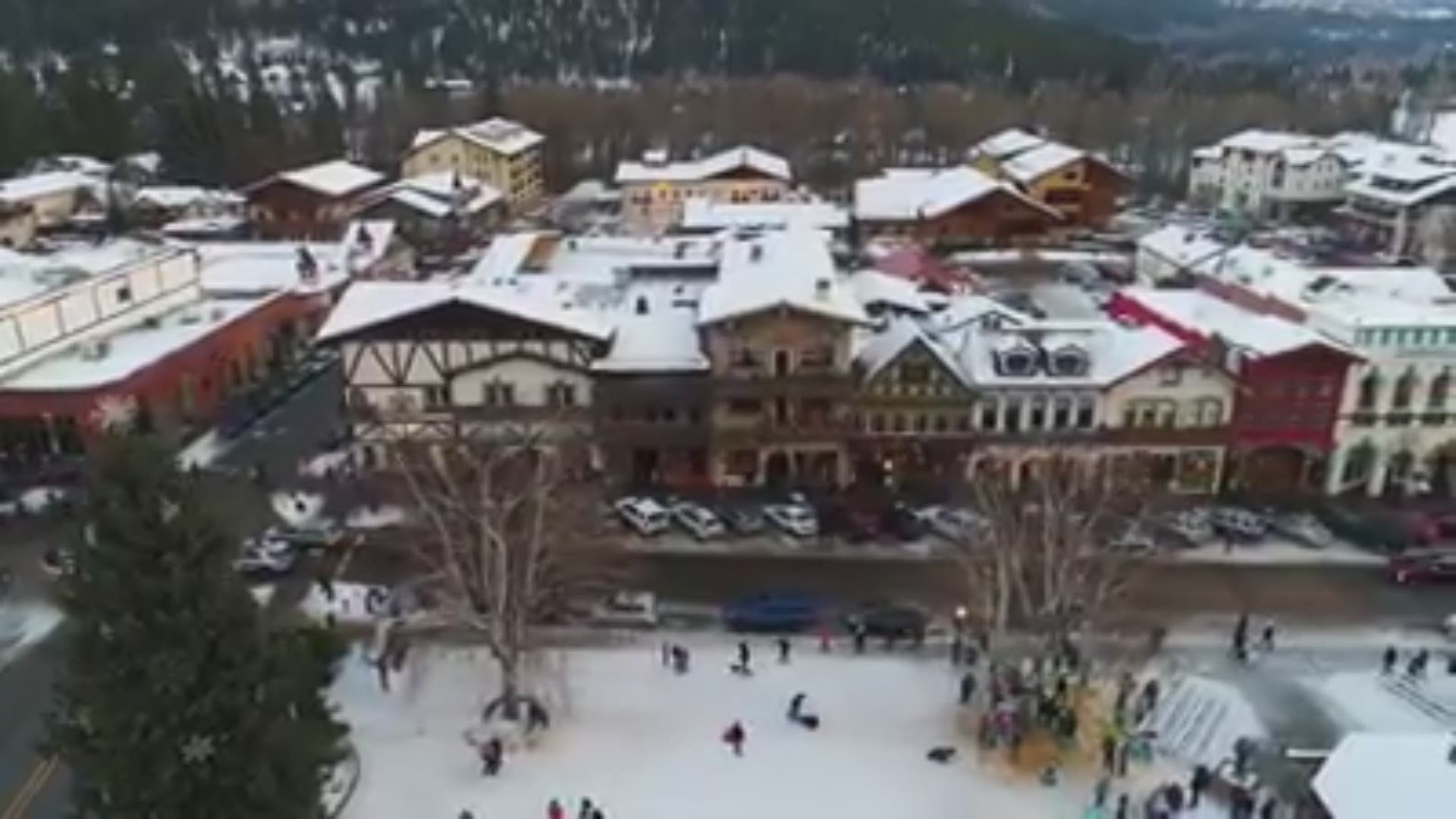 Editor's note: The above video previously aired on KING 5 in 2016 as aerials showing the town of Leavenworth with Christmas lights.

LEAVENWORTH, Wash. -- The city of Leavenworth has announced it will not hold its annual Christmas Lighting Festival this year due to the coronavirus pandemic.

"From Thanksgiving to Valentine’s Day our quaint Bavarian town becomes the Village of Lights, with over half a million of them! Due to COVID-19, we have had to cancel the festivities typically held on Saturdays and Sundays which included the ceremonial lighting festival," officials said in a statement on the city's website.

Instead, this year the lights will come on at dusk creating a winter backdrop for the city seven nights a week, officials said.

This isn't the only event that's had to be canceled due to the pandemic in the popular tourist destination.

Officials have also had to cancel Leavenworth's Oktoberfest, which happens on Saturdays and Sundays throughout October.