The Washington State Department of Labor and Industries is conducting two investigations into a COVID-19 outbreak among Durham Bus Services employees. 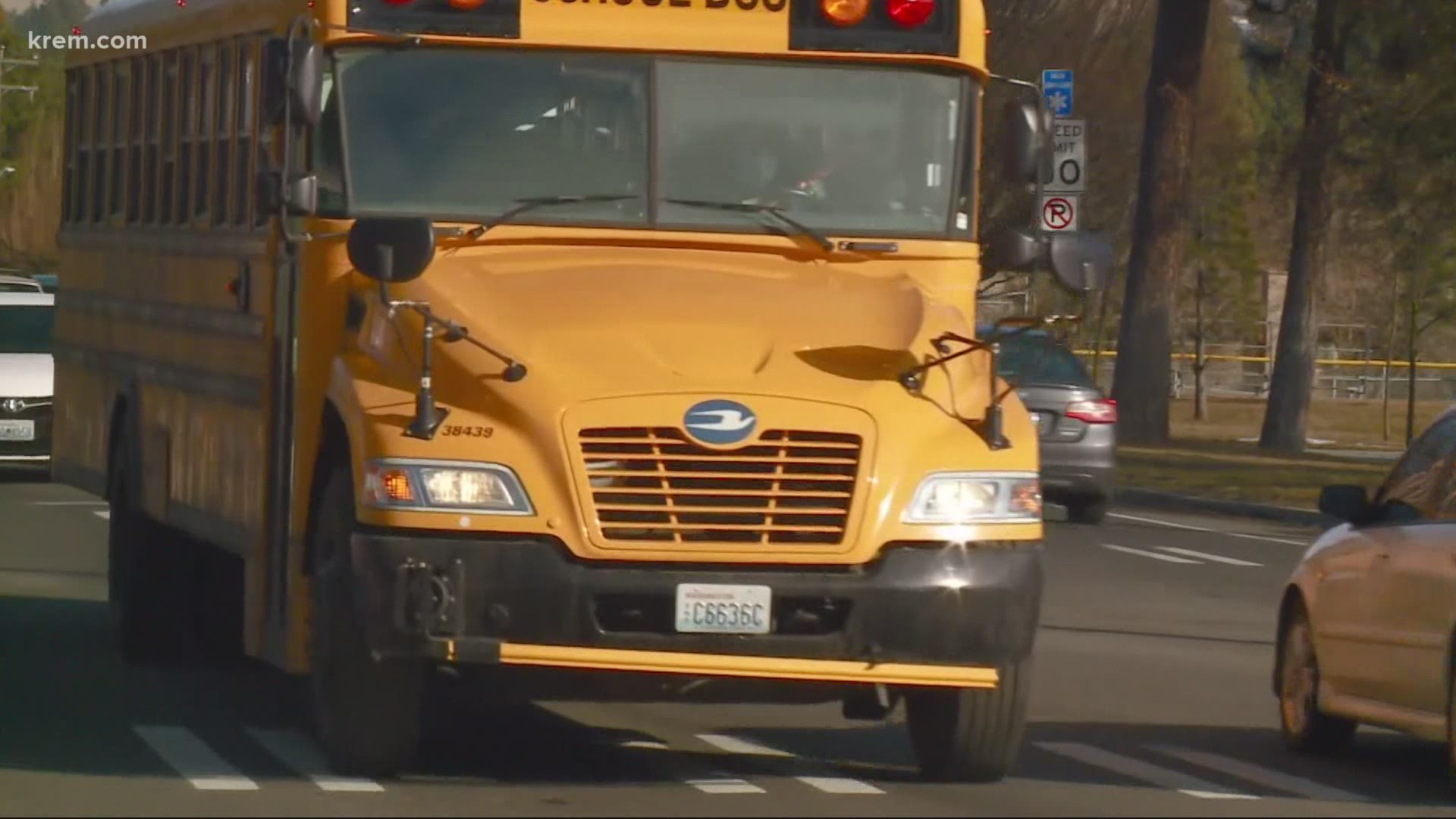 SPOKANE, Wash. — Durham Bus Services in Spokane has made a staffing change following a COVID-19 outbreak that began in February and has since infected dozens of employees.

The Washington State Department of Labor and Industries (L&I) confirmed that it is conducting two investigations into the outbreak. Durham reported its first positive COVID-19 case in Spokane on Feb. 8 and the company confirmed the outbreak to KREM on Feb. 23. Since then, the Spokane Regional Health District (SRHD) has identified 30 employees who tested positive for coronavirus and 61 who were quarantined.

Dave Simpson, a 62-year-old bus attendant for Durham, was diagnosed with the virus on Feb. 22 and died five days later.

Ed Flavin, a spokesperson for Durham, said on Thursday, March 25, that the company has made a "management change at the facility to provide enhanced guidance for the team."

Tim Church, a spokesperson for L&I, confirmed the first investigation into the outbreak on Monday, March 8. He said L&I had initially received "very few complaints" about Durham and the investigation was a result of media coverage.

Church then confirmed on Wednesday, March 24 that the first investigation is related to the death of a Durham employee. The second is related to employee complaints specific to possible COVID-19 safety issues such as a lack of social distancing and failure to enforce mask use, he said.

Emails recently obtained by KREM through a public records request outlined concerns about Durham employees' behavior leading up to the outbreak. A staff member for SPS also claimed that she received information from SRHD indicating that three employees, including a bus driver and two attendants, worked while infected with COVID-19.

It is possible the employees didn't know they were infected. SHRD said health officials often see people who work while infectious because they are asymptomatic.

Flavin said Durham continues to work with L&I on its investigations, adding that the agency has toured Durham's operations several times.

"As previously stated, we take these concerns very seriously and made a number of changes at our facility to reduce any chance of virus spread and to further protect our employees," Flavin wrote in part.

"We monitor compliance with safety protocols regularly, and if employees are found not to be following our COVID protocol, they are corrected immediately," he added.

Investigations conducted by L&I "involve looking into all elements, including plans, processes, emails and records, and performing interviews," Church wrote in an email. L&I has has six months to complete investigations under state law.