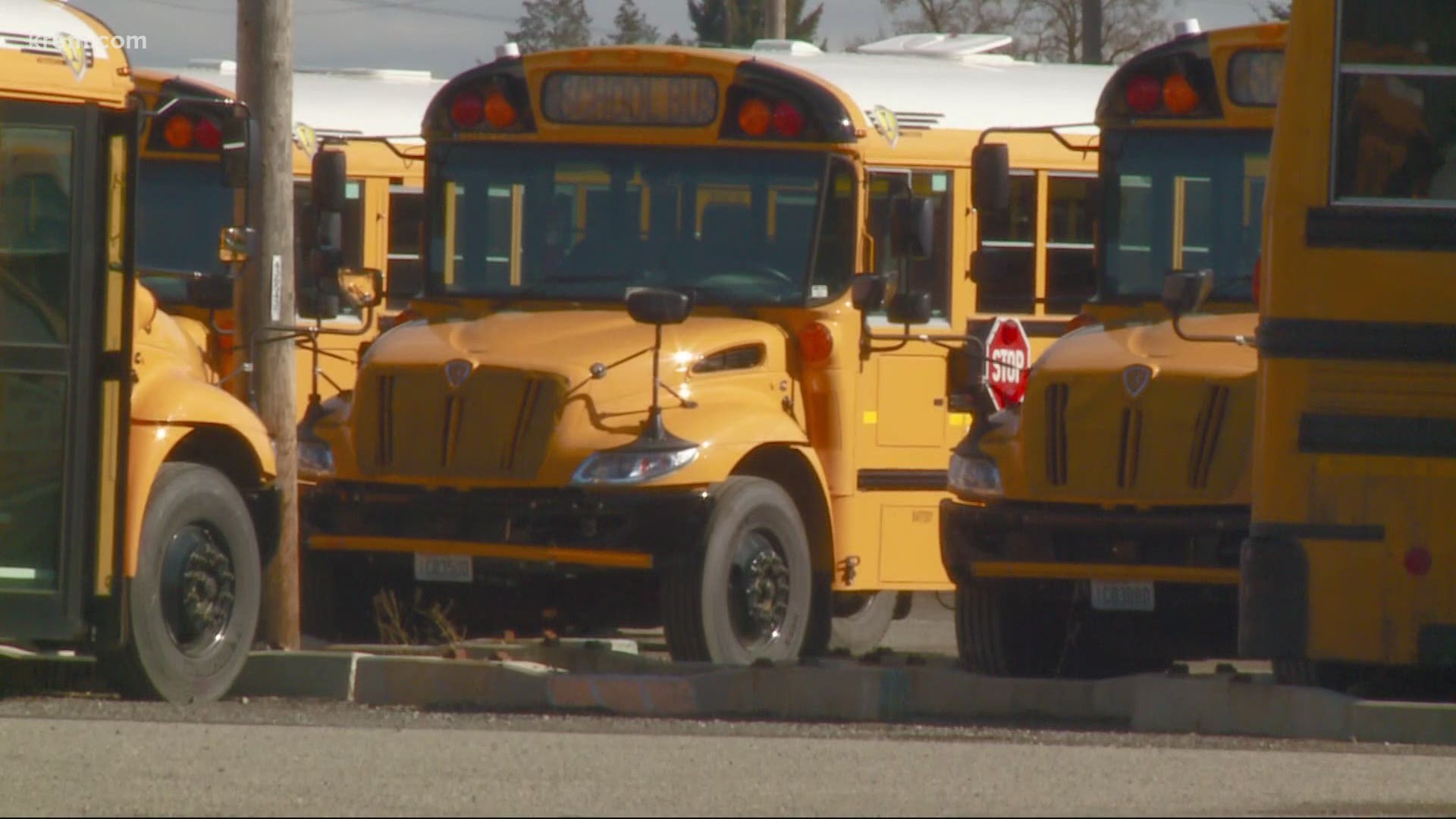 SPOKANE COUNTY, Wash. — The Washington State Department of Labor and Industries (L&I) is investigating an outbreak of COVID-19 among employees of Durham Bus Services in Spokane.

In the past month, 28 Durham employees have tested positive for COVID-19 and 57 have been quarantined, Flavin said on Monday, March 8. There are currently nine employees who are in quarantine, with four of those being bus drivers.

Tim Church, a spokesperson for L&I, confirmed on Monday that the agency has opened a formal investigation into the outbreak among Durham employees. He said L&I received "very few complaints" about Durham and the investigation is a result of media coverage.

The investigation began on Friday and L&I has six months to complete it under state law, Church said. Flavin acknowledged that the investigation is in progress and said Durham is cooperating with L&I.

Durham explains how COVID-19 outbreak may have happened

Durham saw its first positive COVID-19 case in Spokane the week of Feb. 8.

"The week of February 15 is when it just exploded," Vice President of Safety Kevin Kilner said. "It was all of these positives seemingly coming in at one time."

In just one week, 17 employees tested positive for the virus, Kilner added.

In a February statement, SPS said the district was "aware that there have been reports that Durham hasn't been following all health and safety protocols." In a statement in late Feb., the company claimed that each of the cases originated "outside of the workplace" but leaders would not specify how they knew that.

Kilner said he could understand how parents were doubtful that all of the cases weren't work-related.

"Absolutely, and I think our actions demonstrate that we were suspicious as well," he added. "The information we reported at the time was the information that we had."

Kilner said it wasn't accurate that all of the cases originated outside of the workplace.

"We've looked at this specific location's physical layout and made a couple minor modifications to streamline them a bit more," he said. "There was some opportunities for the way they navigated through a building to possibly become an issue, so we've eliminated that."

Staff were able to come into contact with each other by common areas at the school bus hub, according to Kilner. In addition to that, he said the corporate staff had to reinforce their mask policy and reteach their employees to social distance and disinfect their vehicles.

"Part of our investigation led to, or led us to discover, there was some modifications that we could make and some clarity we can provide around mask wearing specifically," he said. "We also spent time reminding our employees of our expectations regarding mask wearing, social distancing and vehicle disinfecting."

Some parents have said they do not know if their kids came into contact with someone who tested positive.

"When we talk about contract contact tracing, I know everybody understands how difficult that can be, right?" Kilner said. "We've been counting down all the different locations that employees may have gone on their own time and following up with all of that."

The Spokane Regional Health District (SRHD) said it is guiding Durham but the company is doing contact tracing internally. In a statement to KREM, SRHD said staff members are providing guidance on contact tracing and support to help control the current outbreak, but they are not in charge of it.

"I think part of the issue is the limitations on data that's provided by our employees," Kilner said.

Another issue could be having a company manage tracing an outbreak when they aren't a healthcare group.

"If we haven't, we will fill that gap and make sure that the health department is looped in," he said. "We accept any and all help from any agency that specializes where we don't."

In the meantime, Spokane Public Schools urges parents or community members to reach out if they have concerns about safety protocols. Kilner added that employees found to be "non-compliant" will be "subject to disciplinary action."

With new protocols put into place for Durham team members, Kilner is hoping to curb the rapid spread of the virus.

"Our heart goes out to [the Spokane community] and we take this very seriously," he said. 'We will continue our efforts to make sure that this continues to move in the right direction."