Dave Simpson passed away five days after contracting COVID-19, according to his sisters. 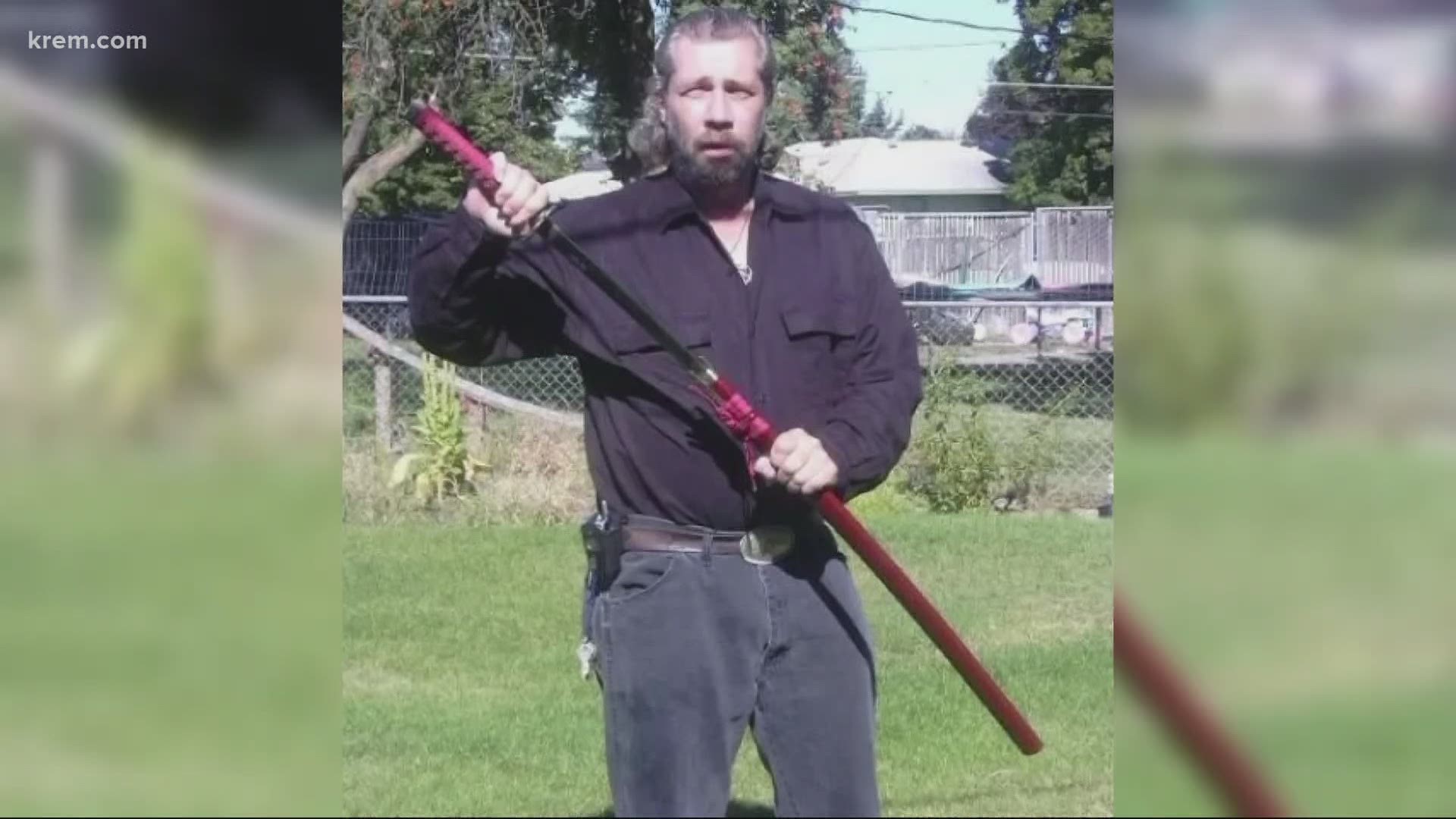 SPOKANE, Wash. — A bus attendant with Durham School Services in Spokane has died after testing positive for COVID-19 amid an outbreak among the company's drivers and other personnel.

Dave Simpson, 62, was diagnosed with the virus on Feb. 22 and passed away on Feb. 27. Simpson started working for Durham Bus Services in 2019 as an attendant for Spokane Public School students with disabilities. A-year-and-a-half later, two of his sisters, Twyla Sample and Starla Barnhill, said they believe he contracted COVID-19 during the Durham employee outbreak in late February.

"We're in shock that he is gone," Barnhill said.

"It took me three days before it actually hit me that he's gone and that he's not going to be here," Sample added, while starting to tear up.

Ed Flavin, a spokesperson for Durham, released the following statement to KREM via phone and email on Thursday:

"Sadly, we are heartbroken today to learn that one of our team members who was quarantining passed away. Our bus attendant, whose name we will not share out of respect to their family, had reported to us a COVID-positive test. Our thoughts and prayers go out to our team member’s family and friends in this very difficult time."

Simpson lived with his nephew, Michael Webb. He said he was having trouble breathing and asked Webb to take him to the ER. The sisters said their nephew went to grab his coat but when he came back it was too late.

"He was unresponsive and wasn't breathing, so at that time he called 911, and started doing CPR," Barnhill said. "I don't know if he ever got him to take another breath."

"The only place that it could come from would be from the bus line," Barnhill added. "My question to the Durham bus line is — were they requiring them to wear masks?"

Durham informed SPS and the Spokane Regional Health District that the reported cases originated outside of the workplace, according to the school district. Flavin previously told KREM 2 that some employees self-reported COVID-19 exposure.

"The remaining positive cases had no known link to our workplace. Some affected employees are family members and roommates, while others self-reported contact with one another outside of our workplace," Flavin wrote in a previous email.

Kelli Hawkins, a spokesperson for SRHD, said Durham is "conducting the contact tracing internally," adding that the health district connects with Durham if officials see new cases in their reporting.

In a February statement, Spokane Public Schools added that they were "aware that there have been reports that Durham hasn't been following all health and safety protocols."

Simpson's sisters said too many of the company's employees got sick for this to be a freak accident, and while they wait to hear back from Durham, they are are dealing with the aftermath of Webb's exposure to Simpson.

"The day after my brother died, he started having breathing problems," Barnhill said about her nephew.

Webb is now in the hospital suffering from the same virus that killed his uncle. They said he is on a ventilator.

"Wear a mask and get the shot," Barnhill added. "Do whatever you need to protect you and your family."

Spokane Public Schools issued a statement about Simpson's death via email on Thursday afternoon. It reads in part:

"We were deeply saddened to learn of the passing of a Durham School Services Employee, and our thoughts are with the employee's family and friends during this difficult time. Every individual who works with our students plays an important role in the work that we do as a district."

The note goes on to say the district is in communication with Durham and will continue to provide updates as information becomes available.