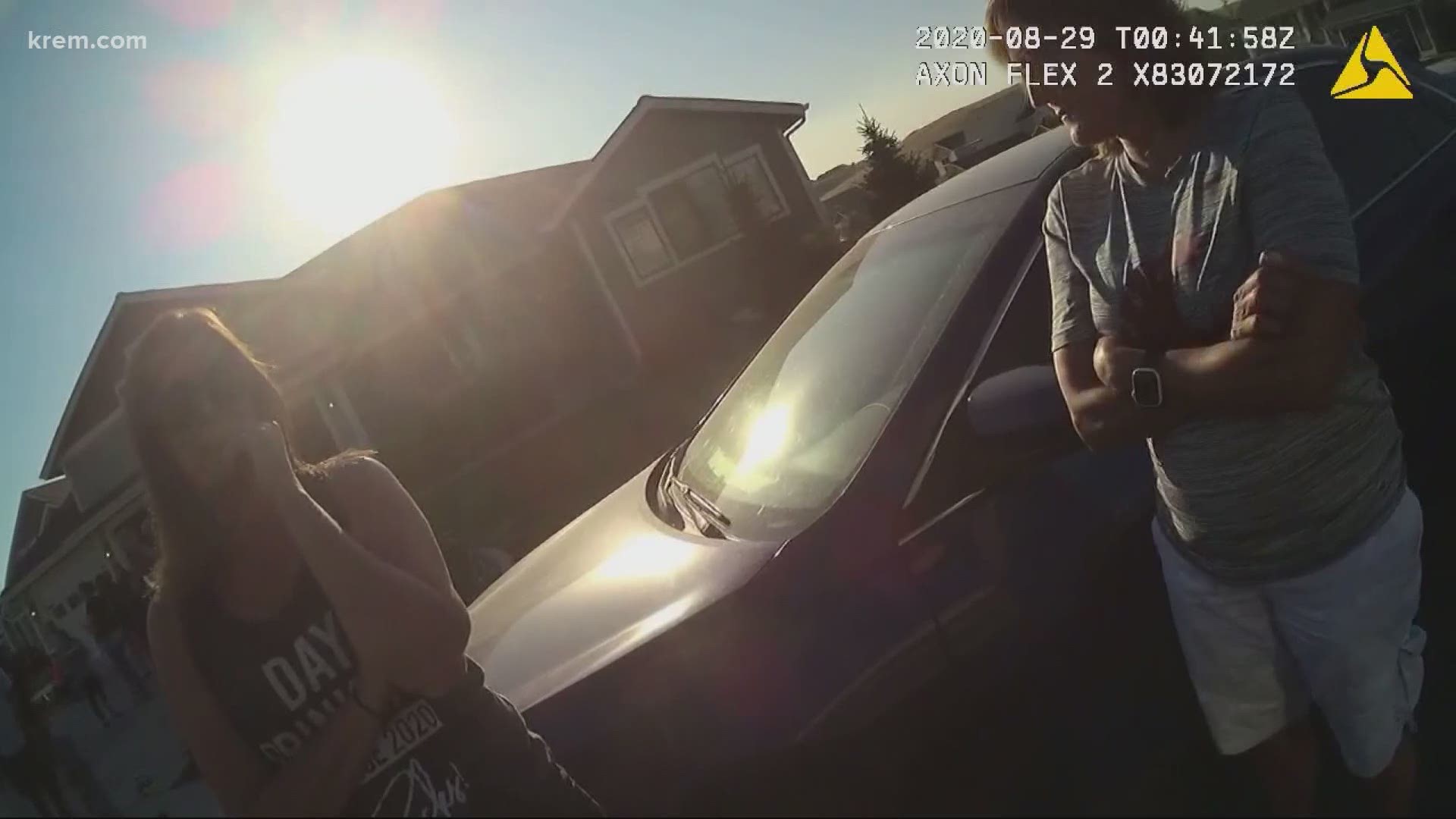 PULLMAN, Wash. — Body camera video from the Pullman Police Department shows an officer recommending that people having a party in August remain indoors or in their backyard rather than out in the open.

Whitman County has experienced a spike in COVID-19 cases since Washington State University students returned to Pullman, in part due to large gatherings and parties.

In response, Pullman Police Chief Gary Jenkins announced in late August that the department would cite people who have parties or gatherings with more than 10 people.

The tickets are for "nuisance party infractions," according to the Pullman Police Department. "Nuisance party" is a local ordinance that prohibits anyone from hosting or allowing a party.

But body camera video obtained by KREM through a records request shows an officer giving partygoers advice abut how to skirt the ordinance.

The video shows a Pullman officer responding to a large gathering at the home of WSU women's basketball coach Kamie Ethridge on Aug. 29, 2020. It appears that more than a dozen people, who did not wear masks, were in attendance. An outdoor tent and what appears to be cups of alcohol are visible in the video.

In the video, the officer says that someone called in about the gathering in front of the home and lack of social distancing in place.

“We’re taking an education approach the best way we can. Unfortunately, our directive is to write tickets to those who aren’t abiding by that because there’s been a massive public outcry because we’re doing that with all of the students on the hill," the officer said, likely referring to parties taking place on WSU's College Hill.

The officer asks if people at the party can wear masks before encouraging them to hold gatherings inside of a home or in a yard. He emphasizes multiple times in the video that partygoers should stay "out of sight, out of mind."

“I’m going to give you the same advice I give everybody else, okay? We’re pretty much in between a rock and a hard place when it comes to the community and stuff like that. Really the key is out of sight, out of mind," the officer said.

In a statement sent to KREM on Tuesday, Chief Jenkins said the police department has been randomly viewing body camera footage of nuisance party ordinance enforcement and has not seen "messaging similar to the incident in question." He called the messaging in the video "inappropriate."

"After viewing the video, I made it clear to all my staff that messaging should be to gain compliance with the nuisance party ordinance to reduce the risk of COVID-19 spread in the community," Jenkins wrote in part.

The officer did give Ethridge a ticket for the party hosted on her property. In a statement released by WSU Athletics, she apologized for the violation of coronavirus guidelines:

“I would like to apologize for the violation of our local social distancing guidelines.  There was a gathering held on my driveway, of which I did not host. But as the guidelines state, the owner of the property is responsible for maintaining proper social distancing and mask wearing for all that are in attendance. As this did occur on my property, I take full responsibility. I appreciate the hard work being done by our Whitman County Health officials to keep our community as safe as possible during this pandemic. As a role model in our community, I will work to set a better example.” 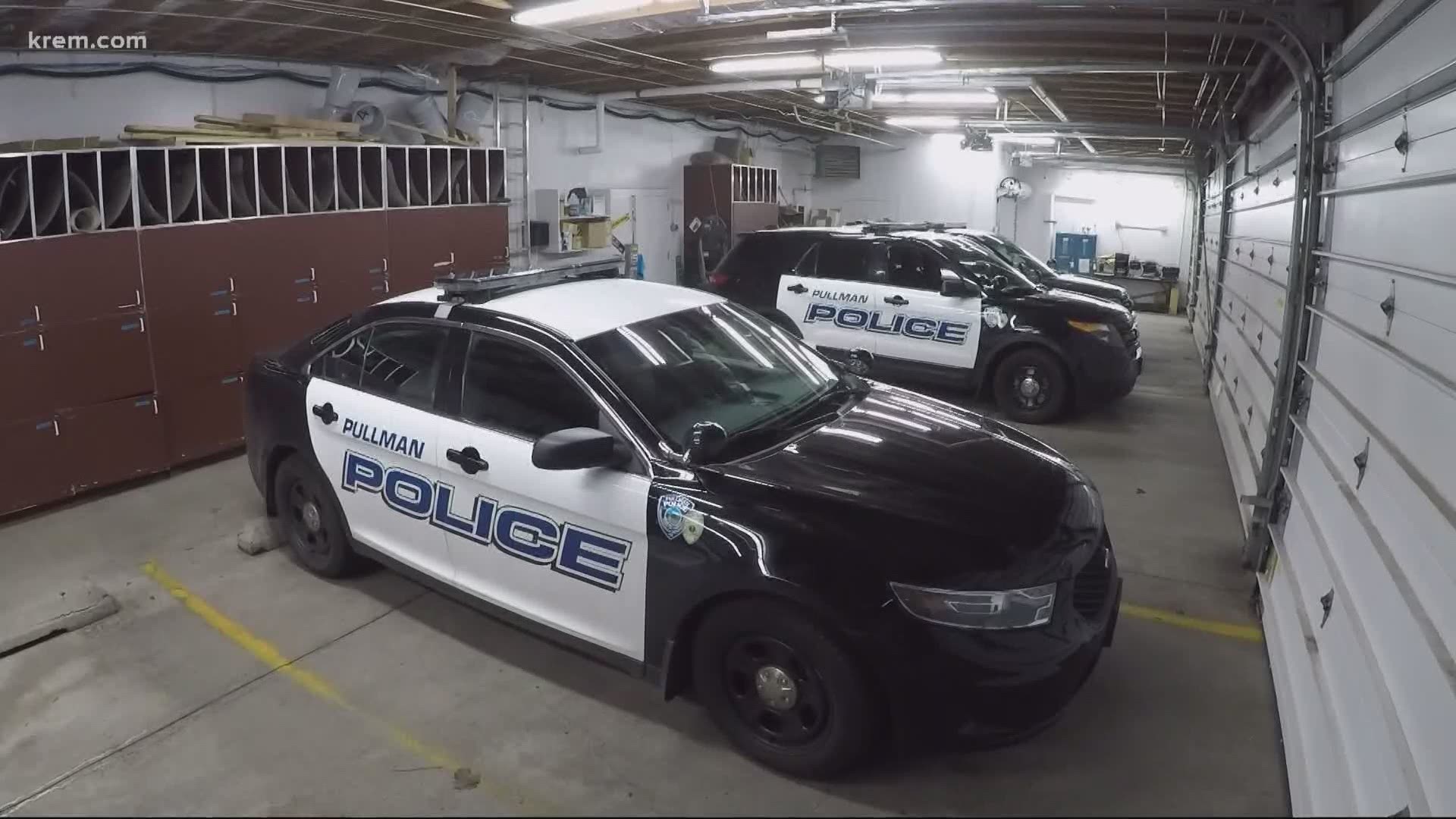