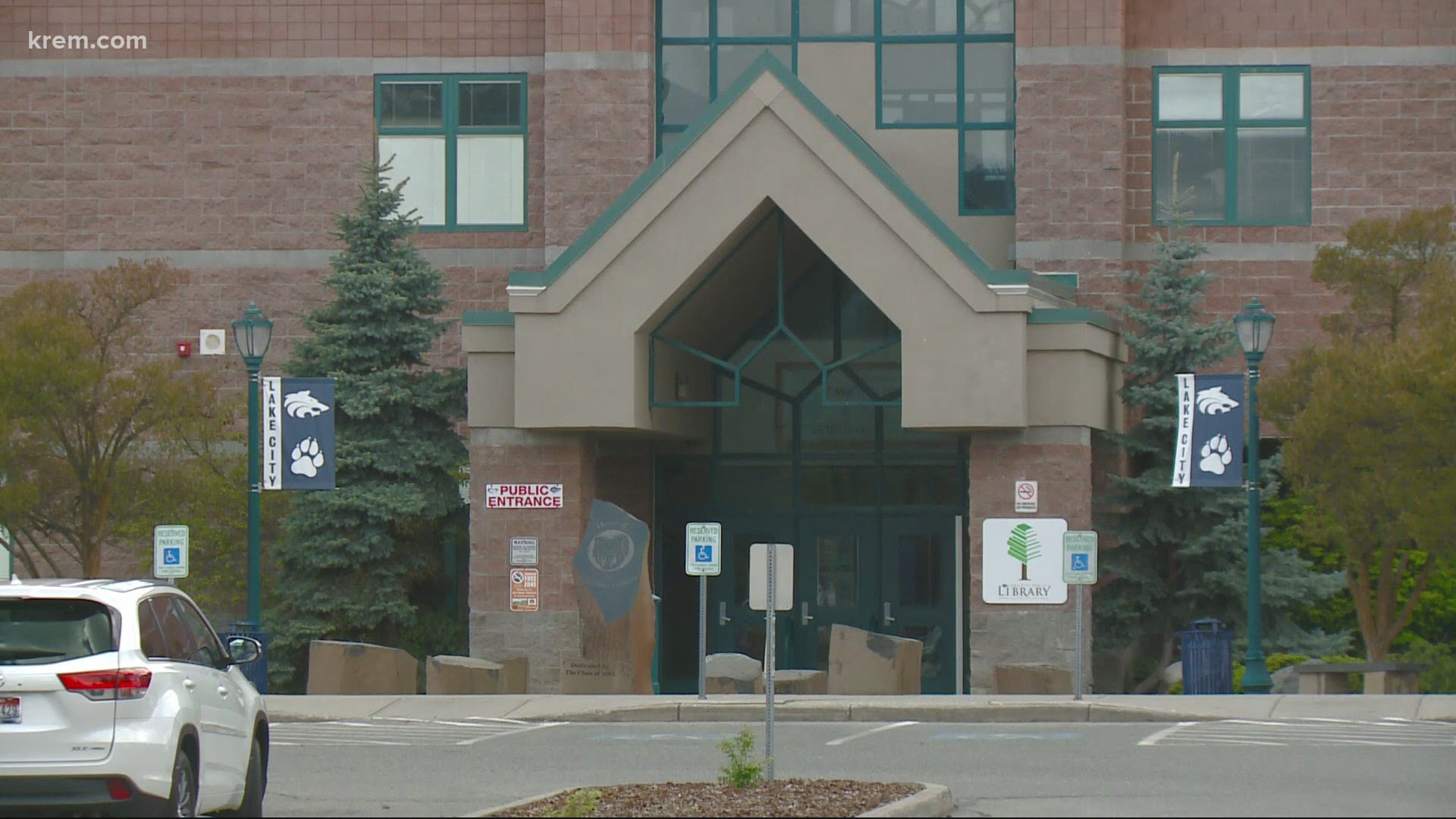 COEUR D'ALENE, Idaho — Three Coeur d’Alene schools are reinstating mask mandates for the next two weeks for some students due to clusters of COVID-19 cases.

Maben said Canfield students were required to start wearing masks again on Monday due to a cluster of in-school transmission. He said three students have tested positive so far and through contact tracing, they were able to determine they contracted the illness at school.

Maben said the Woodland outbreak is more contained because the grade levels are separated into different wings. The only times the different grade levels interact with each other are before and after school, during lunch and during extracurriculars, Maben said.

Ninth and 10th graders at Lake City High School will also have to start wearing masks starting Tuesday. Maben said seven students tested positive for COVID and it was determined it was transmitted at school.

The district will continue to reinstate mask mandates, when necessary, on a case-by-case basis, Maben said. He said in some instances, there have been mask mandates for certain classes within schools.

“Contact tracing determines how narrow or wide we cast the net for mask mandates,” Maben said.

Some parents were confused by the decision, including Rhiannon Hart, who has three kids in the district and also works as a classroom assistant. Her eldest is at Lake City, so has to wear masks, and her middle child goes to Woodland. That daughter actually is one of the students who contracted COVID, but Hart says she had almost no symptoms, and she doesn't think she got it at school.

Hart says her work in the classroom has given her mixed feelings about masks.

"I see the effect that it has on the kids, both negative and positive," she said. "Inside the school, we may be doing some good with them, but I also feel like outside at recess, that should be their time to breathe fresh air and get their energy out."

She says she doesn't understand why the district is having only certain grade levels wear masks at Woodland and Lake City. Her daughter at Lake City has upperclassmen in some of her classes, so Hart thinks an all or nothing approach would make more sense.

"How is that going to work? She'll be masked but the junior right across from her won't be. And I don't understand that," she said. "We just don't get it. I would be all for it or all not for it, basically. Either they all need to mask up, or let them be for the last couple of weeks of school."

The Coeur d’Alene Public Schools Board of Trustees voted on April 19 to make mask wearing in schools ‘strongly recommended’ instead of required.

A pair of resolutions passed with a 3-2 vote for each. One resolution applied to students, the other to staff.

In a third resolution, the board voted unanimously to authorize district administration to re-require masks at specific schools if they have outbreaks, using COVID-19 data and public health guidance.

The Panhandle Health District rescinded their mask mandate at the end of March, but the school district's rule was still in place. Protesters argued that the schools shouldn't be forcing their kids to wear masks when the PHD isn't making anyone.