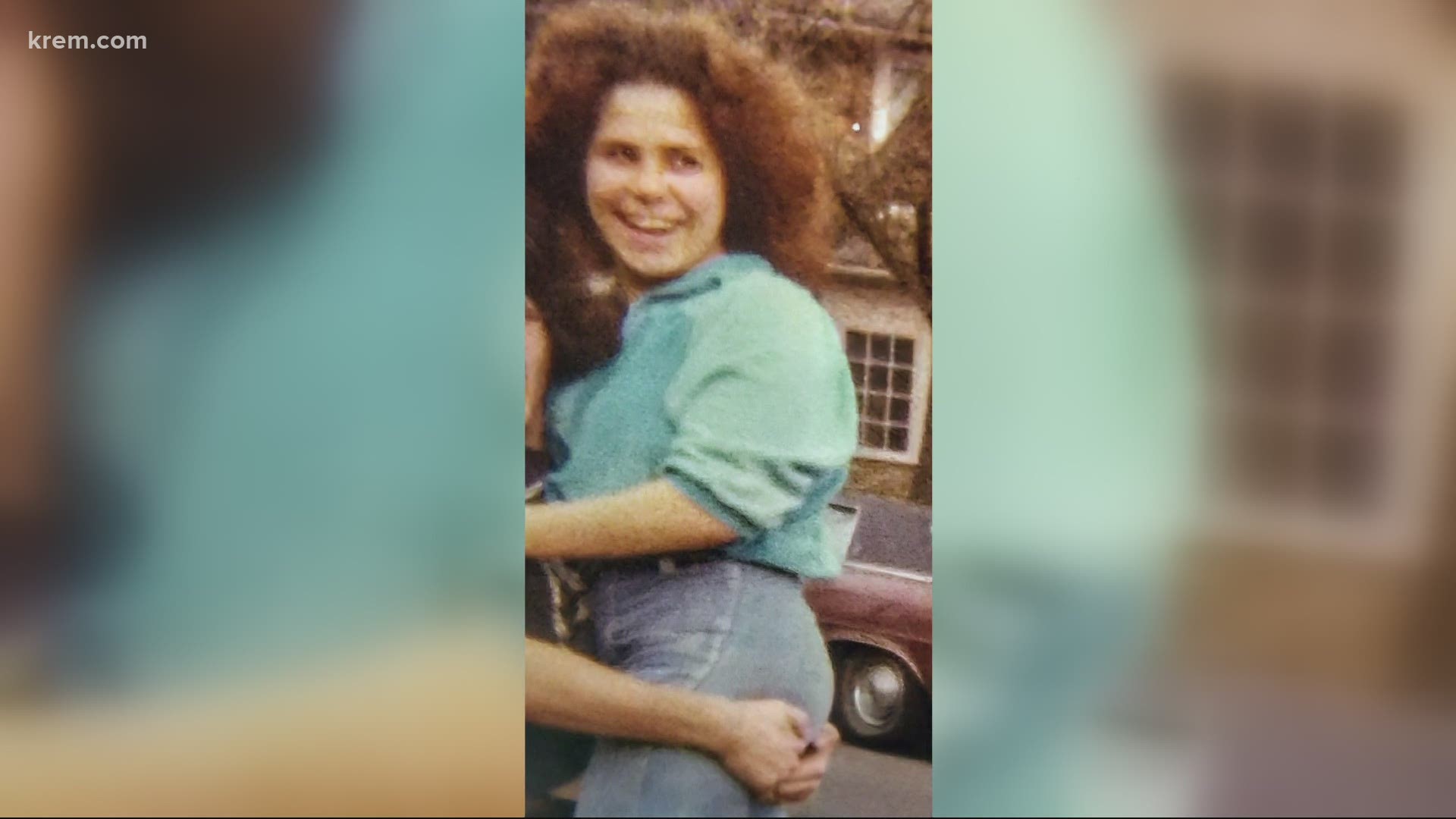 MISSOULA COUNTY, Mont. — Thirty-six years after a woman's remains were found in Missoula County, Montana, authorities have identified her as 23-year-old Janet Lee Lucas from Spokane.

A bear hunter came across the skeletal remains of Lucas near Crystal Creek in Montana on Sept. 9, 1985, according to the Missoula County Sheriff's Office. Following an investigation, her remains could not be identified and she became known as "Christy Crystal Creek." Despite decades of forensics work and hours of scouring missing persons databases in Canada and the United States, her identity remained a mystery to authorities for more than three decades.

The sheriff's office identified the woman on Monday as Lucas. With financial assistance from the Montana Department of Justice’s Sexual Assault Kit Initiative (SAKI) program, her remains were identified when the Missoula County Sheriff's Cold Case Unit partnered with a lab that conducted DNA analysis and enabled authorities to initiate a forensic genetic genealogy investigation.

Authorities were able to identify DNA relatives and family trees that led them to Lucas's family in Spokane, the sheriff's office said. Investigators conducted numerous interviews and confirmed their conclusion about Lucas's identity through DNA testing of relatives.

Lucas was born in October 1960, according to the sheriff's office. She grew up in California and Washington, and had seven brothers and sisters. Her son was five years old when she went missing and has spent most of his adult life searching for his mother. After speaking with family members and friends, investigators also determined that Lucas was last seen in the summer of 1983 in Sandpoint, Idaho.

"We must now seek justice for Janet,” Detective Captain Dave Conway said. “Our focus has changed from, 'Who is Christy Crystal Creek?' to, 'What happened to Janet Lucas?' This is now a cold case homicide investigation and we need your help."

The sheriff's office said no records have been found showing Lucas living in or spending time in Montana, so investigators are sharing her picture in hopes of finding anyone who may have known or seen Lucas in Missoula in the summer of 1983 and into 1984.

The Cold Case Unit is also reviewing evidence and reports from the Wayne Nance case file to identify any possible link between him and Lucas. Nance, known to many as the "Missoula Mauler," was a suspected serial killer in Missoula during the 1970s and 1980s who is believed to have murdered six people, according to reporting from the Billings Gazette. He was never tried for any of the suspected murders.

Nance was shot and killed during a home invasion of his coworker's residence in September 1986, the Billings Gazette reported. The couple who lived in the home survived the attack.

Family members of Lucas released the following statement through law enforcement on Monday:

"After decades of missing Janet, our family is broken hearted to learn that she was tragically taken, unidentified and spent a large amount of years alone. However, she never spent one moment without being loved. Janet had a contagious smile, warm personality and wore her heart on her sleeve.

Janet had been missed dearly, searched for but most importantly never forgotten. Janet was loved by everyone. Not only was she a mother, she was a daughter, a sister, an aunt, a friend and now a grandmother to 4 beautiful children.

We are grateful to finally be able to bring her home to us, as well as bring Janet the peace and rest she so deserves.

While after 38 years, our family finally has some answers. We also realize there are questions that we may never have the answers to. We would like to thank the Missoula Sheriff's Department for their decades of pursuit to bring justice to Janet, Marta Timmons who devoted years of her career looking for answers and resolution for Janet, Dianna Parker for volunteering her time to consult and answer all our questions, and lastly we would like to thank the family that submitted their ancestry and DNA that finally brought Janet home.

While this case has been in the hearts of the community just as long as it has been in our hearts, due to the sensitive nature and deep emotions involved we also ask that the public respect our families privacy as we put our beloved Janet to rest."