On the Case with Paula Zahn will air an episode Sunday about the Spokane police investigation into the 1985 murder of 12-year-old Marsi Belecz. 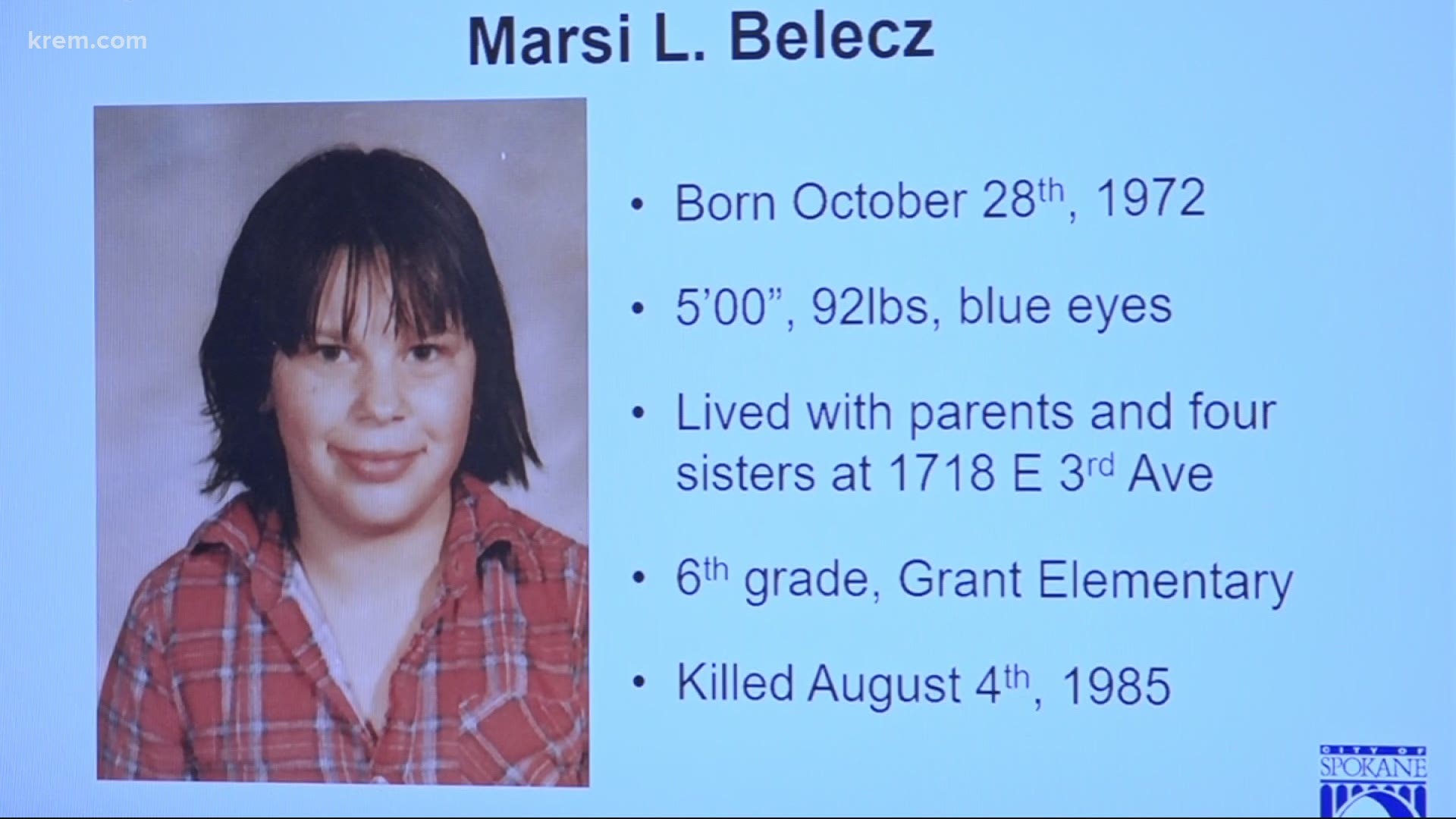 On the Case with Paula Zahn started filming the episode with Spokane police on the investigation into the 1985 murder of 12-year-old Marsi Belecz back in August, according to Spokane Police Sergeant Terry Preuninger.

According to a press release from Spokane Police Spokesperson Julie Humphreys, the episode will feature interviews with the original detectives on the case and what police did to bring closure to Belecz's family and the community.

Spokane Police announced back on March 25 that investigators had solved the case with the help of DNA analysis technology.

The person linked to her murder is no longer alive, police said.

Spokane police said say Belecz ran away from home Aug. 3, 1985. Her body was found two days later in a vehicle impound yard. She was in sixth grade at Grant Elementary School at the time of her death and lived with her parents and four sisters in Spokane.

An autopsy revealed that Belecz was raped and stabbed 29 times, and her throat was cut, police said. It also revealed that she was killed at the location where her body was found and she did not have any defensive wounds, which indicates that she did not fight off her attacker.

Investigators identified 87 possible suspects who could have been responsible for her death. The case eventually went cold.

But then, a Virginia DNA Technology company took the DNA sample from the crime scene and submitted it to a genetic database for comparison.

Using this technology, police linked Belecz’s death to Clayton C. Giese, who was born and raised In Montana. He was 22 years old at the time of Belecz’s rape and murder and lived in Spokane.

Giese’s family gave investigators permission to exhume his remains, which led to them confirming that his DNA was a match to that found at the crime scene. In fact, it's one of the closest DNA matches investigators have ever seen.