A man was shot and injured in the latest shooting at a home on E. 7th Avenue in Spokane Valley, according to the Spokane County Sheriff's Office. 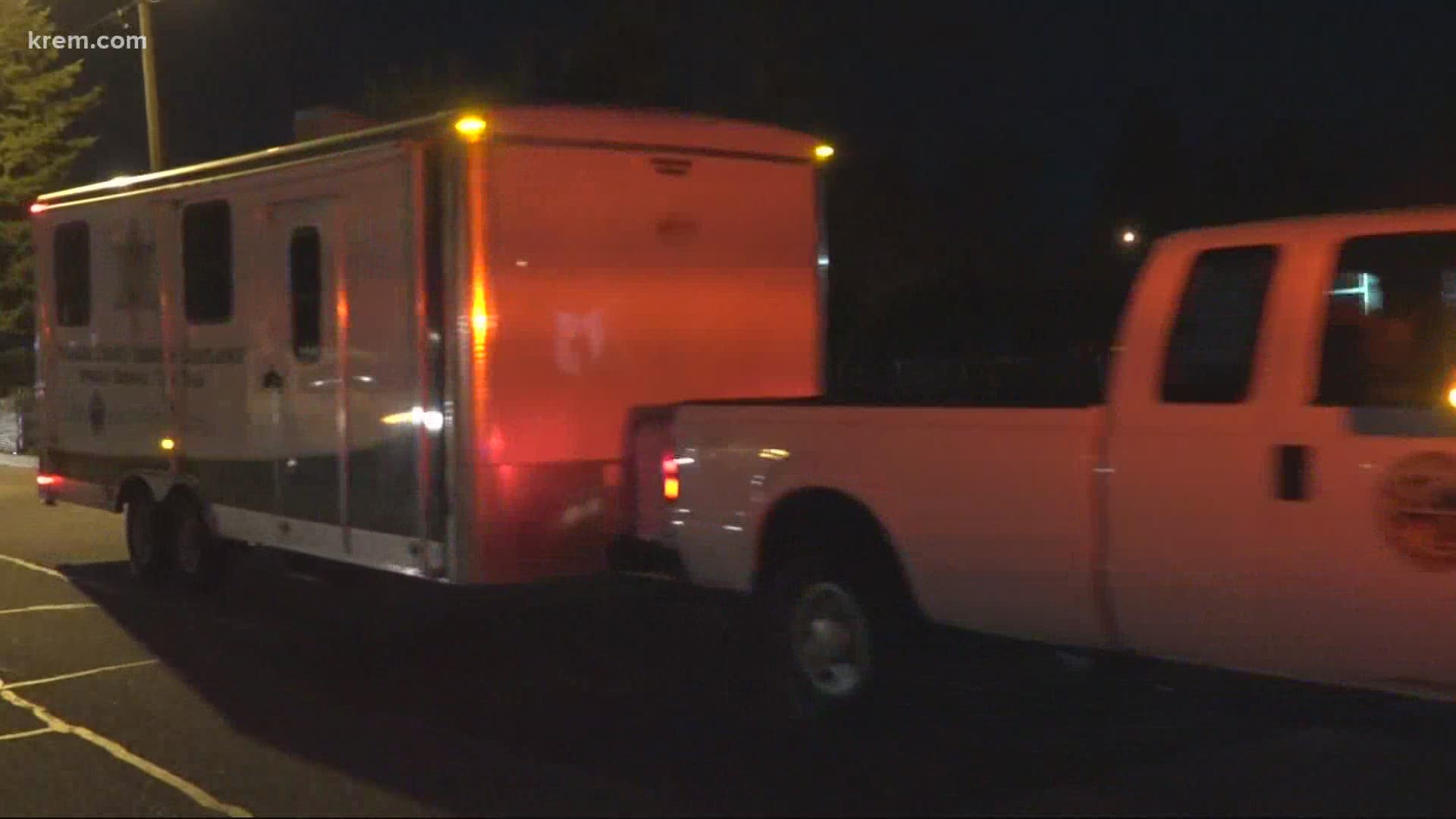 SPOKANE VALLEY, Wash. — A shooting in Spokane Valley that left one man injured on Wednesday night is one of three reported in less than two years at the same home.

Deputies responded to the shooting in the 11300 block of East 7th Avenue at about 6 p.m. on Wednesday and found a man with gunshot wounds, according to Spokane County Sheriff's Corporal Mark Gregory. The victim remains in the hospital on Thursday and is stabilized.

The suspect or suspects left the scene before deputies arrived and have not been identified, Gregory said, but authorities don't believe the shooting was random or that the community is in danger at this time.

Detectives remained at the scene on Wednesday to investigate. Anyone with information on the shooting is asked to call Crime Check at 509-456-2233 and use reference number #10023396.

The two other shootings reported at the same home occurred in June 2019 and February 2020.

A suspect fired a weapon at the home during an assault in June 2019 but no one was shot, Gregory said. The homeowner was injured during the assault and received medical attention, but declined further treatment. The investigation is suspended pending additional information due to a lack of cooperation and conflicting information, and authorities have not made any arrests.

The second shooting occurred on Feb. 23, 2020. A 33-year-old man was taken to the hospital, where he later died from his injuries. The suspect, 34-year-old Brian L. Riley, was arrested one day later following a pursuit.

Riley remains in the Spokane County Jail on charges of first-degree murder, attempting to elude a law enforcement vehicle and three counts of unlawful possession of a firearm.