26 shootings have been reported in Spokane. Here's what police say they have in common

The biggest challenge officers say they face in solving these crimes is the lack of cooperation from witnesses and victims. 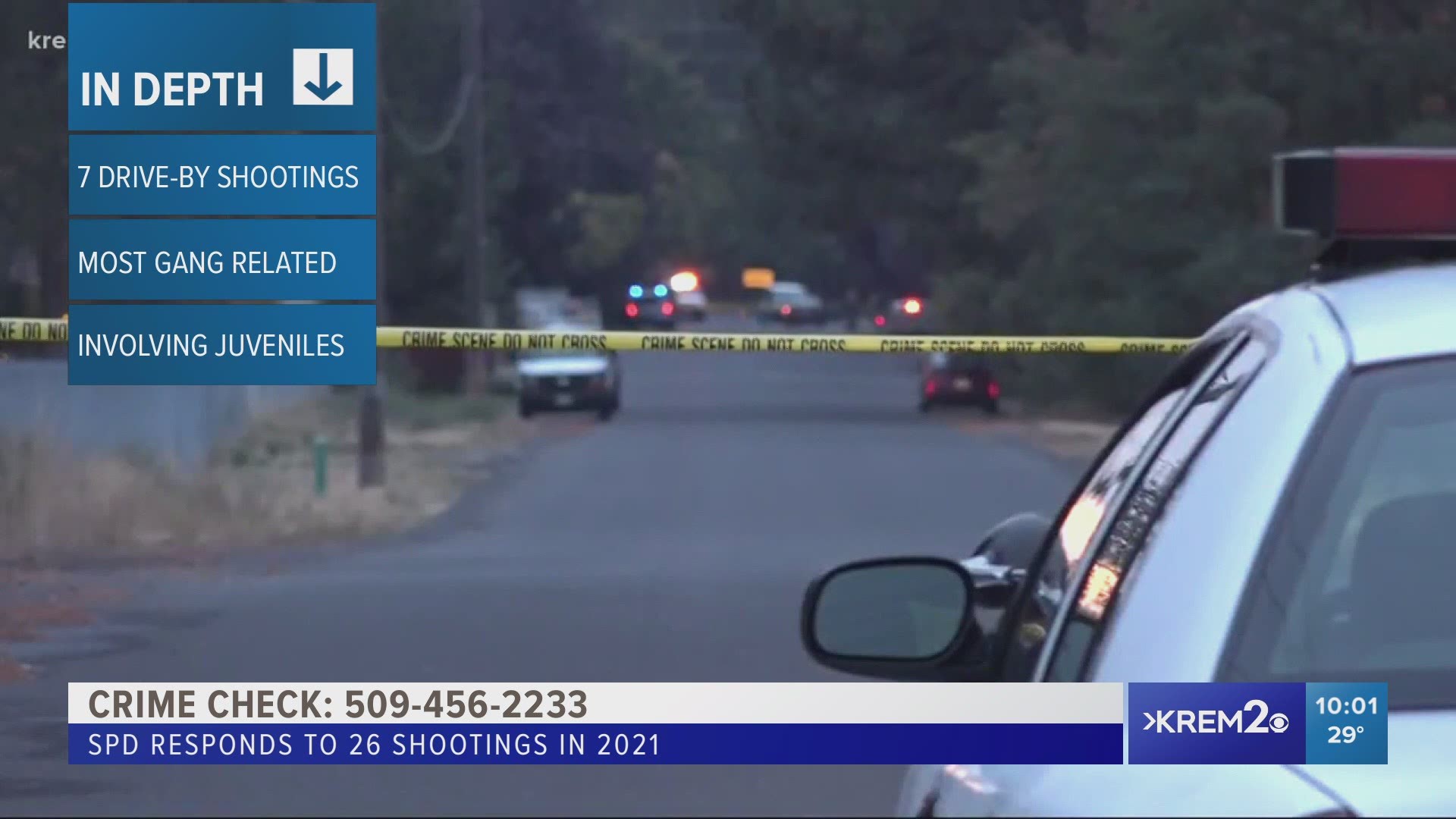 SPOKANE, Wash. — There have been 26 shootings in the city of Spokane so far in 2021, according to the Spokane Police Department, and many of them are linked to gang activity.

In a press release, SPD Spokesperson Julie Humphreys said the most recent shooting was on Feb. 20 at 11 p.m. in the 1700 block of East 34th Avenue. She said officers were unable to locate any witnesses but identified several video cameras in the neighborhood that could help in the investigation. Investigators also collected five shell casings at the scene and no victims were found.

Humphreys said the shooting is the 26th this year and seven of them have been classified as drive-by shootings but investigators believe there have been more.

SPD Major Crimes and the Safe Street Task Force are working together on the shooting and are leveraging all resources to solve the cases, Humphreys said. The department has increased patrol efforts to affect crime before it happens in areas where drive-by shootings are common. Police are also working with community partners, parents and teachers to educate young people about the dangers of gangs and to help those at risk of gang involvement.

Humphreys stressed that the biggest challenge officers face in solving these crimes is the lack of cooperation from witnesses and victims. If you have any information on a shooting that could help solve these crimes, you’re asked to call Crime Check at 509-456-2233. You can also anonymously submit a tip online to the Safe Street Task Force.