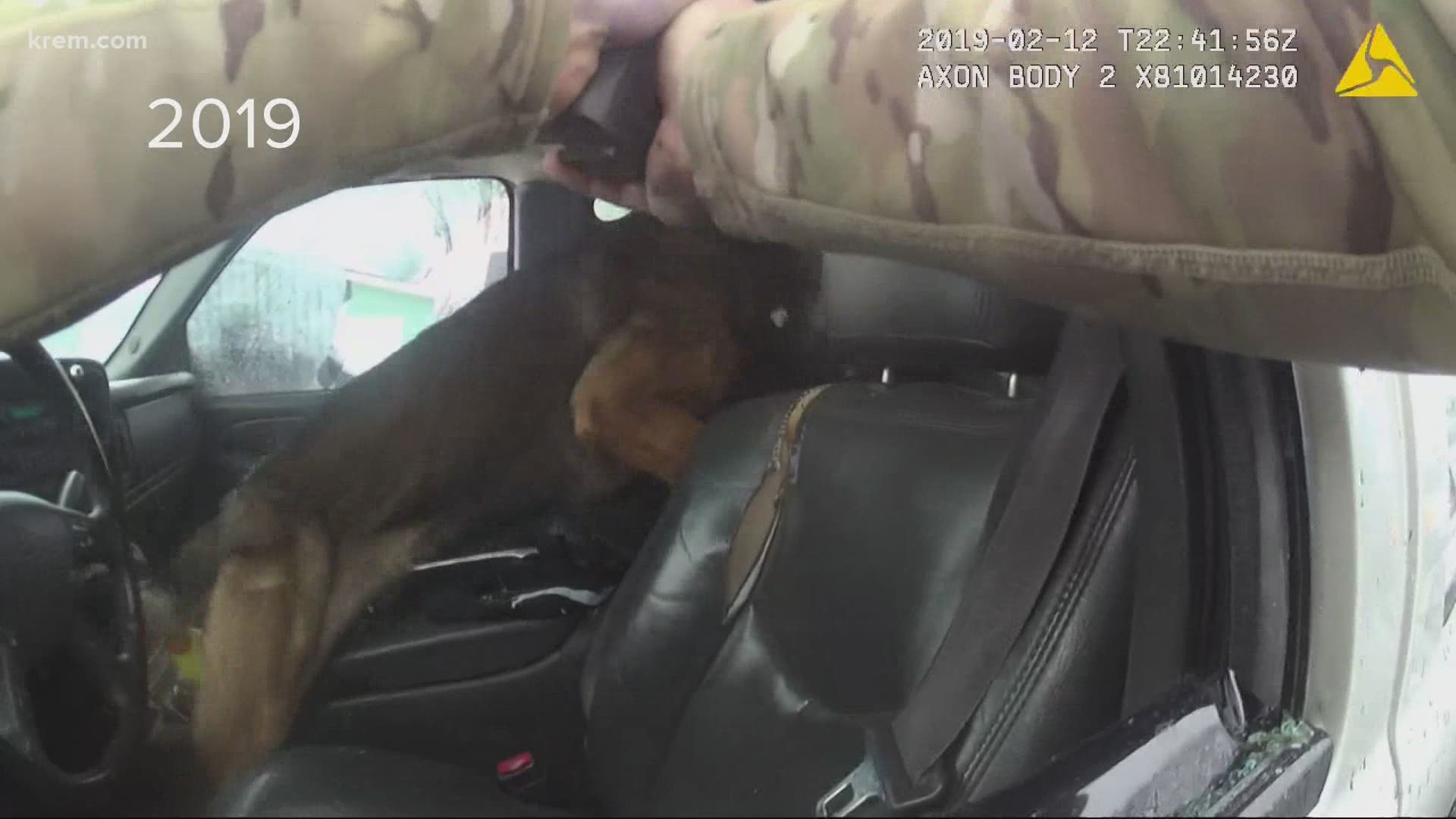 SPOKANE, Wash. — The man who was the subject of a controversial arrest in February 2019 filed a civil lawsuit against the City of Spokane and the two officers who conducted the arrest.

The lawsuit claims Officers Scott and Daniel Lesser entrapped Ellerman’s car against a snow bank after a vehicle pursuit. It also claims Officer Dan Lesser smashed Ellerman’s car window, threatened to kill him and ordered K9 Murphy to attack Ellerman despite him telling officers he was getting out of the car.

The lawsuit claims Ellerman suffered injuries to his head and face and had to have surgery on his leg from the dog bites. Ellerman is suing for damages to be decided by the court.

The arrest led to the Spokane City Council and the Spokane Police Department being at odds over the release of the footage amid concerns over the use of the K9. Former City Council President Ben Stuckart told KREM at the time that the police department asked council members to sign a non-disclosure agreement to view the footage, which all members refused to do.

An Internal Affairs investigation found that K9 officer Dan Lesser violated policy when he didn't start his body camera at the start of the chase and in his language and demeanor in speaking with Ellerman. Officer Mark Brownell was also found to have violated body camera policy. Neither Lesser, Brownell or Scott Lesser were found to have violated use-of-force policy in pointing a gun at Ellerman, the Spokane Police Department found.

The body camera footage from the arrest shows Lesser telling Ellerman, "I'll f------ kill you," "I'll f------ shoot you," and "I'm going to put a bullet in your brain" at different points of the altercation.

Ellerman can be heard yelling to the officers, saying, "Please get him off," and "Get your dog. Get him off of me."

After being removed from the truck, Ellerman can still be heard yelling.

Although an affidavit by Scott Lesser said he punched Ellerman two to three times while on the ground, the video shows at least five punches thrown by Scott Lesser.

Dan Lesser can be heard telling Scott, "Wait, relax, we got him," after he starts punching Ellerman.

As the officers were searching Ellerman on the ground, Ellerman can be heard wincing and asking officers not to touch a spot where the dog had bit him. The officers also administered first-aid.

As the officers took Ellerman to the back of a patrol car for another search, blood can be seen on Ellerman's face, but the extent of his injuries was unclear in the video.

Dan Lesser asked Ellerman why he said he had a gun during the stop, to which Ellerman replies he said so the officers would shoot him.

Ellerman then asks Dan Lesser why he didn't shoot him, to which Lesser replies, "I didn't feel like killing anyone today, is that OK?"

Scott Lesser said he sustained "several cuts" on his hands from the incident. Ellerman was taken to the hospital after the arrest due to the fact he told the officers he had ingested heroin, according to an affidavit.

A substance found on Ellerman tested positive for heroin.