A K-9 handler argues the numbers of annual deployments, captures and arrests are proof the dogs are one of the best de-escalation tools that Spokane officers have. 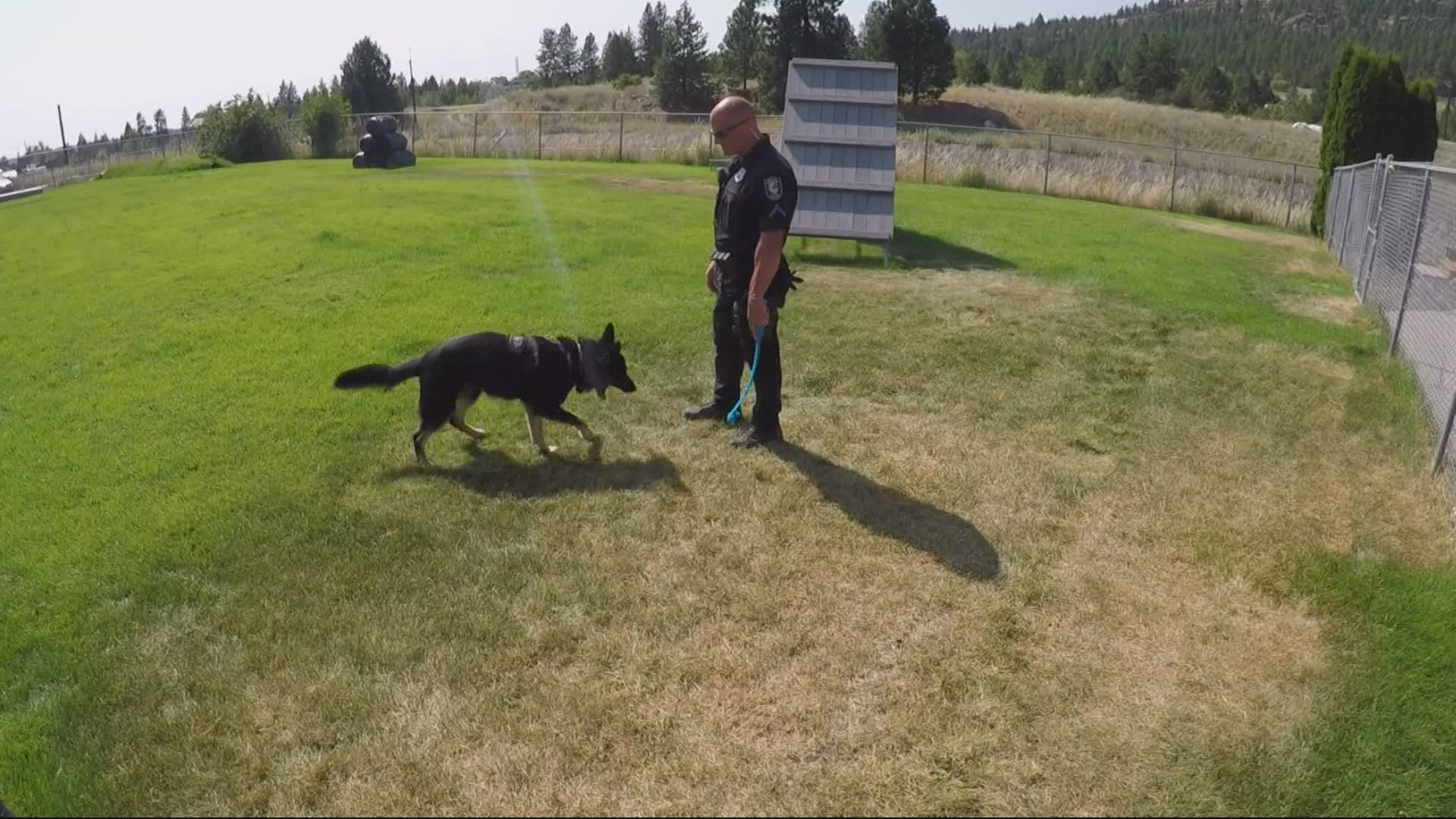 SPOKANE, Wash — Spokane City Council members are urging for tighter controls on police actions since this summer's protests about police reform. This includes the use of the K-9 unit following a controversial 2019 arrest.

Spokane Police Officer and K-9 Handler Todd Belitz told KREM the changes could make citizen safety worse, instead of better. In five years together, Belitz and his K-9 Zeus have made hundreds of arrests.

"So if somebody doesn't have a weapon, but they're not following directions, they'll send the dog to bite them," Beggs said. "That's probably where I would draw the line. And the reason I draw the line there is the dog will do too much damage to the person to justify what they're doing."

Belitz argues that type of approach will severely limit the dogs' effectiveness, especially when it comes to locating suspects who are hiding from police.

"If we're going to make these dogs deadly force, the dogs wouldn't even come out of the car," Belitz said. "Because to deploy deadly force, would mean that I'm justified standing in front of somebody and actually shooting them. The only other option for us to search a neighborhood is to walk around and shine a light in every hidey-hole they can think of. And the potential for an ambush is skyrocketing with every hole they search."

Belitz said the K-9 unit is utilized almost nightly but dog bites themselves are much more rare.

"I think there's some misconception that we bite hundreds of people a year," Belitz said.

He argues the numbers of annual deployments, captures and arrests are proof the dogs are one of the best de-escalation tools they have.

"If somebody's afraid of Zeus, [it's] because he's big and he's loud and he's got teeth. And they choose to comply and surrender, with nobody getting hurt, that's a win," he said. "That's a win for everybody."

Beggs said that's not always how it happens. He points to the February 2019 incident where SPD K-9 officer Dan Lesser sent his dog into a closed vehicle after a suspect said he was ready to surrender.

At the time, Lucas Ellerman was wanted on multiple outstanding warrants, including felony possession of a firearm, according to police. Officers said they had reason to believe he had a gun, although no firearm was ever found in the car.

Spokane Police Chief Craig Meidl later voiced his support for the K-9 deployment as a method of getting a potentially-armed suspect out of the car. Lesser later resigned from the K-9 unit and was disciplined for policy violations.

Still, an SPD Internal Affairs Investigation found Lesser did not violate the department's use of force policy, which is exactly why Beggs believes change is needed.

SPD has made changes since the Lesser incident. In July, a new sergeant took charge of the K-9 unit. A department spokeswoman told KREM it was not directly related to the Lesser investigation.

"He reports to our public safety committee meeting every month, with how many dog encounters, and how many bites. And they've really gone down," he said.

Beggs also said he worries about the dogs biting innocent bystanders.
In the last three years, SPD officials said there have been no 'accidental' bites or unintentional injuries caused by the K-9s.

Belitz admits dog bites can cause injury but he insists the real damage comes when suspects refuse to follow orders.

"If they turn and they surrender, we have the ability to recall that dog," he said. "But if the dog searches and finds them, that's on them, because they've been given ample opportunity to surrender."

He also believes the dogs overwhelmingly contribute to the safety of the entire community.

"If we take these dogs away, somebody's going to get hurt," Belitz said.