Fox was found buried in a shallow grave just outside of Newport, Washington, in October 2020. His family is holding a Pride gathering to remember his life. 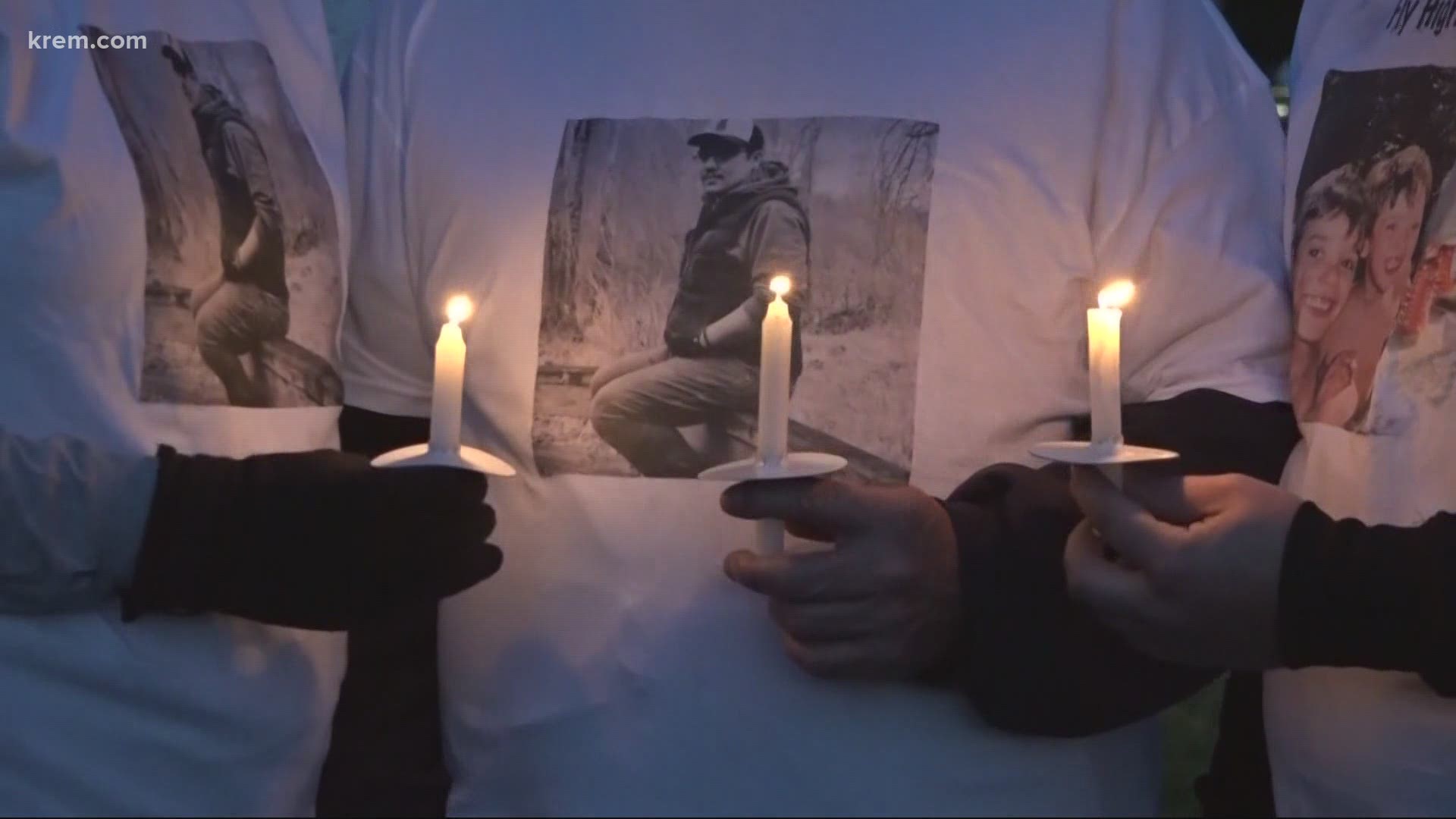 NEWPORT, Wash. — Jason Fox should've been turning 20 on April 3, but he vanished in mid-September, only to be found a month later in a shallow grave. Six months after his death, Fox is being honored at a celebration of life tomorrow.

His family and friends believe the homicide was a hate crime.

"The truth is, Jason would still be here today if he wasn't flamboyantly LGBTQ+ in rural America," Dustin Jolly, Fox's friend, said. "That's truly what resorted to unfortunate events that ended his life."

Jolly, Fox's mother Pepper and activists around the country pitched in to have the first Pride event ever in Newport.

"It's being referred to as a peaceful protest to celebrate Jason's life on his birthday," Jolly added. "He would be 20 years old tomorrow, and he was amazing."

Saturday at 12 p.m. at the Newport City Park, supporters will be marching, listening to speakers and holding a candlelight vigil. On their Facebook event page, people from all over the country say they are driving and flying in for the Justice for Jason Fox Pride Gathering and Protest.

This comes after Pepper started going viral on TikTok for pleading for justice for her son. Outrage continues to grow surrounding his murder and has now his story has gone worldwide. The hashtag #JusticeForJasonFox has 11.8 million views on TikTok alone.

In a previous KREM 2 story, influencer Josh Helfgott explained his platform of millions of followers helped push Jason's story into international news because people empathized with him.

"We see ourselves in him," Jolly said. "We want to prevent this from happening to another LGBTQ+ kid that doesn't have a safe place to go to."

Support for #JusticeForJasonFox has come from all 50 states, Washington D.C. and tribal territories. Internationally, supporters from Canada, England, Ireland, Scotland, Australia, New Zealand and many others countries are going viral online.

"It's heartbreaking, and a lot of people are upset because they thought that they've come so far," Pepper said. "And to see Jason's story they're like, 'Oh, we haven't really made a dent' and I said 'well, we can change that'. We come together, as a community of sorts, we can show our presence. We can let it be known that hate can't be tolerated."

Newport Police say they are monitoring the influx of people as best as they can, and they are bringing in additional resources to prepare for the protest.

"We can build a stronger together, together, and stop this divisiveness of issues so that we can really look at what that looks like for LGBTQ kids in rural America, to prevent this from happening to another LGBT kid here in Washington as well as around the world," Jolly said.

The trial keeps getting pushed back, for those accused of killing Fox, but Pepper said she wants to keep his case on everyone's mind.

"This is a peaceful demonstration, to be able for the community to come together on not just a regional level, but a global level, to hopefully do some healing," he added. "Millions of people know Jason Fox's name."

So far, five men have been arrested in connection with Jason's murder. The Pend Oreille County Sheriff's Office is still investigating the motive, but they are looking at all leads. The trial against the suspects is scheduled for May 3.