Police said the victim’s home had been broken into and several of his belongings had been stolen including his wallet, laptop and Tesla. 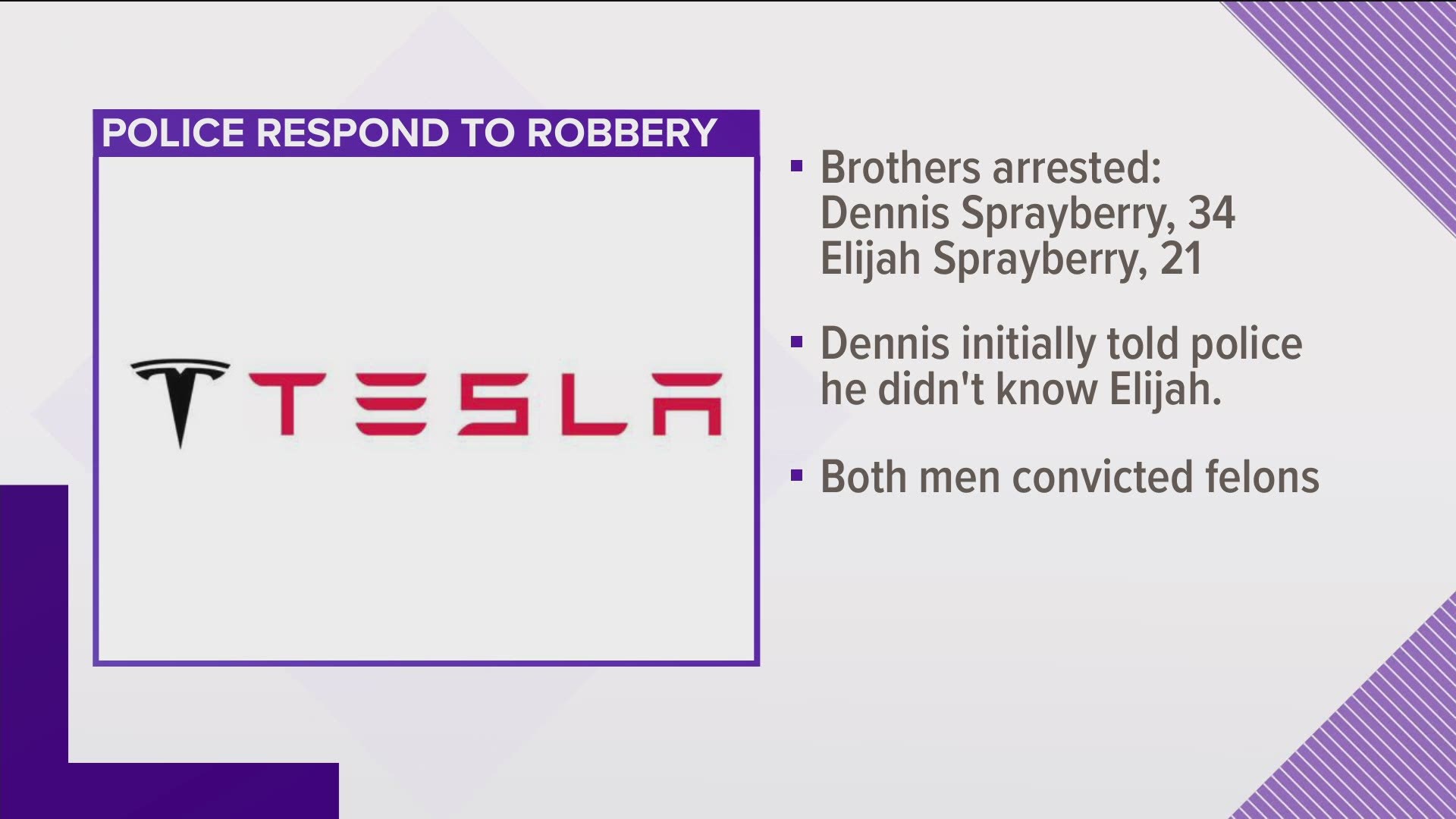 SPOKANE, Wash — Two brothers were arrested Tuesday morning after Spokane police said they broke into a South Hill home and stole a Tesla from the homeowner.

According to a press release from Spokane Police Officer John O’Brien, an officer was called to a home in the 1700 block of East 18th Avenue for a report of a burglary. On his way there, police received a report of a blocking vehicle in the area of 3000 South Marshall Avenue. O’Brien said the caller gave the license plate number to Crime Check which showed the car was a Tesla registered to the burglary victim on East 18th Avenue.

The officer confirmed the victim’s home had been broken into and several of his belongings had been stolen including his wallet, laptop and Tesla.

Four officers went to the location on South Marshall Avenue and saw two men walking away from the Tesla. O’Brien said the two men were identified as Dennis Sprayberry, 34, and Elijah Sprayberry, 21.

A witness positively identified Elijah as the man he had seen sitting in the passenger seat of the car, police said. Elijah was then arrested.

O’Brien said officers found a Tesla keycard in Dennis’ possession while trying to remove a knife from his pants pocket. Dennis was arrested as well. Police said Dennis initially told officers he didn’t know the identity of the other man being detained but the two are brothers.

Police said the brothers were both in possession of some of the victim’s stolen property. Both men are convicted felons, according to O’Brien.

Both men were booked into the Spokane County Jail.