Daniel Moore, 63, is charged with second-degree murder in connection to the shooting death of Brian Drake, 45. 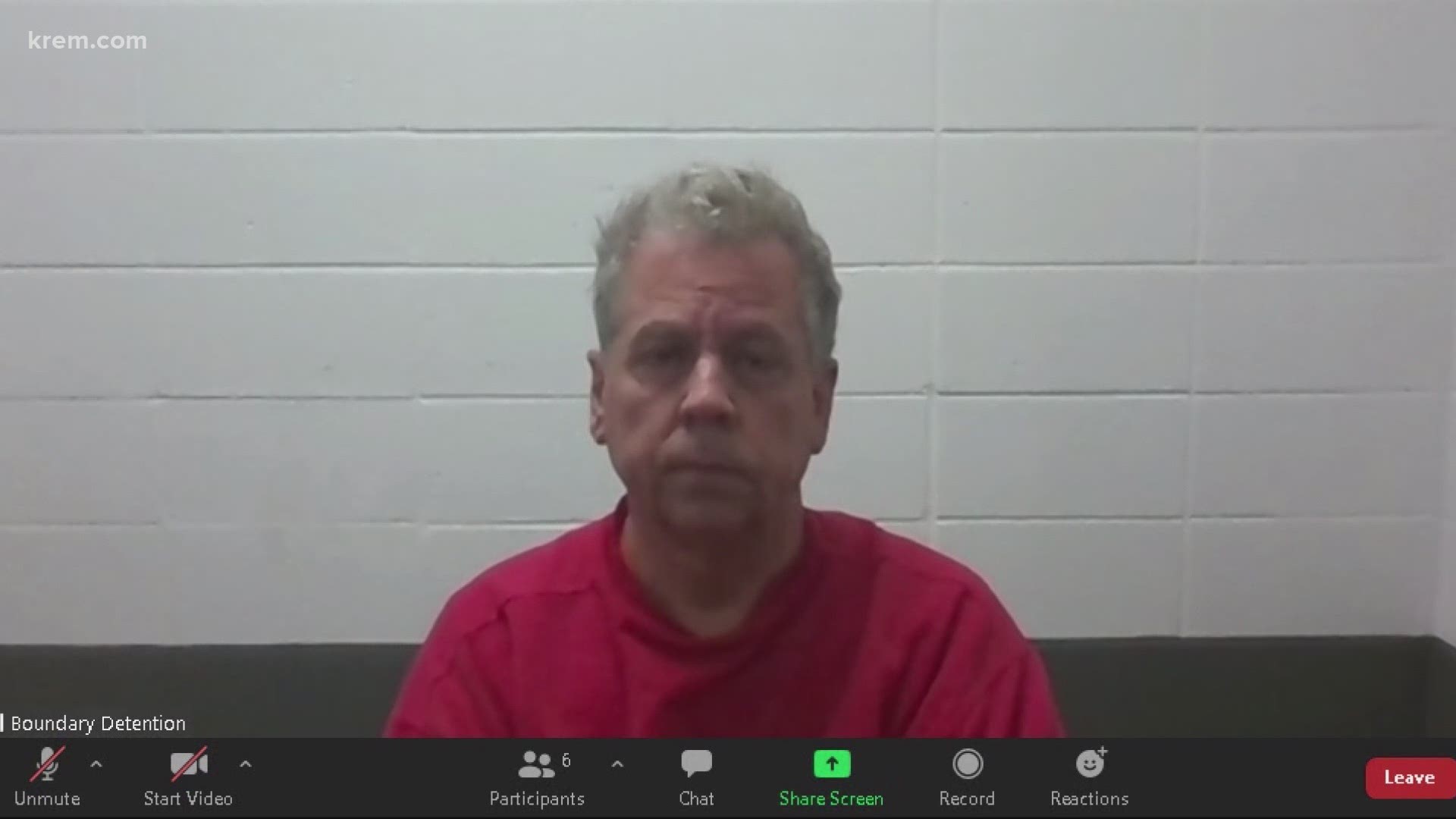 Daniel Moore, 63, is charged with second degree murder in connection to the shooting death of Brian Drake, 45. Moore was arrested on Aug. 28.

When law enforcement arrived, they found Drake dead in his office from a gunshot wound, the release says. According to court documents, Drake was shot in the back through a window.

ISP officials said detectives worked closely with the Boundary County and Kootenai County prosecutors’ offices and “uncovered compelling evidence, in addition to what they believe is a motive for the shooting.” They said the information is not available for release to avoid interfering with judicial proceedings.

The press release says Drake leaves behind a wife and four children. His family provided the following statement:

As Brian's loved ones, we were devastated to hear news of his senseless murder. As a Chiropractor, he loved his patients and he loved serving people and helping the people of Northern Idaho. He brought joy and laughter to those around him. He had a tremendous heart, and his loss has wrought a tremendous hole in our hearts. We will never understand the senselessness of the loss of Brian's life - a life that brought so much joy, meaning, companionship, and love to others.

We are grateful to the law enforcement officials - and especially the Idaho State Police and the Bonners Ferry Police - who worked tirelessly and diligently to uncover the truth. Still, those efforts cannot change the reality for Jennifer, Brian's children, or his parents and siblings. Brian's death has left a void in their lives and the community as a whole. His children will grow up without the caring father who was their rock and champion. His bride will not grow old with him, sharing the joys and burdens of raising their children together. We all remain devastated and pray for justice.

We appreciate the respect for our privacy at this time.

Moore made a court appearance on Thursday, Sept. 3 where his attorney, Jill Bolton, presented a motion for Moore to be released from the Boundary County Jail to get medical treatment.

"My client, we believe, suffered a traumatic brain injury on or about August 28, 2020,” Bolton said in court Thursday. “That brought a whole host of concerns when he was then the next day brought in for questioning by law enforcement in this matter. I believe right now he may still right now have some evidence in his brain of this injury and he may need treatment for this injury."

The judge said he would sign an order for Moore to be transported for medical evaluation and treatment. Moore is expected to be taken to a local hospital to get an MRI or CT Scan.

Moore has not entered a plea in relation to the charges.