The Bonners Ferry Police Department said Chief Zimmerman returned fire "after being fired upon by an armed individual." He was off-duty during the incident. 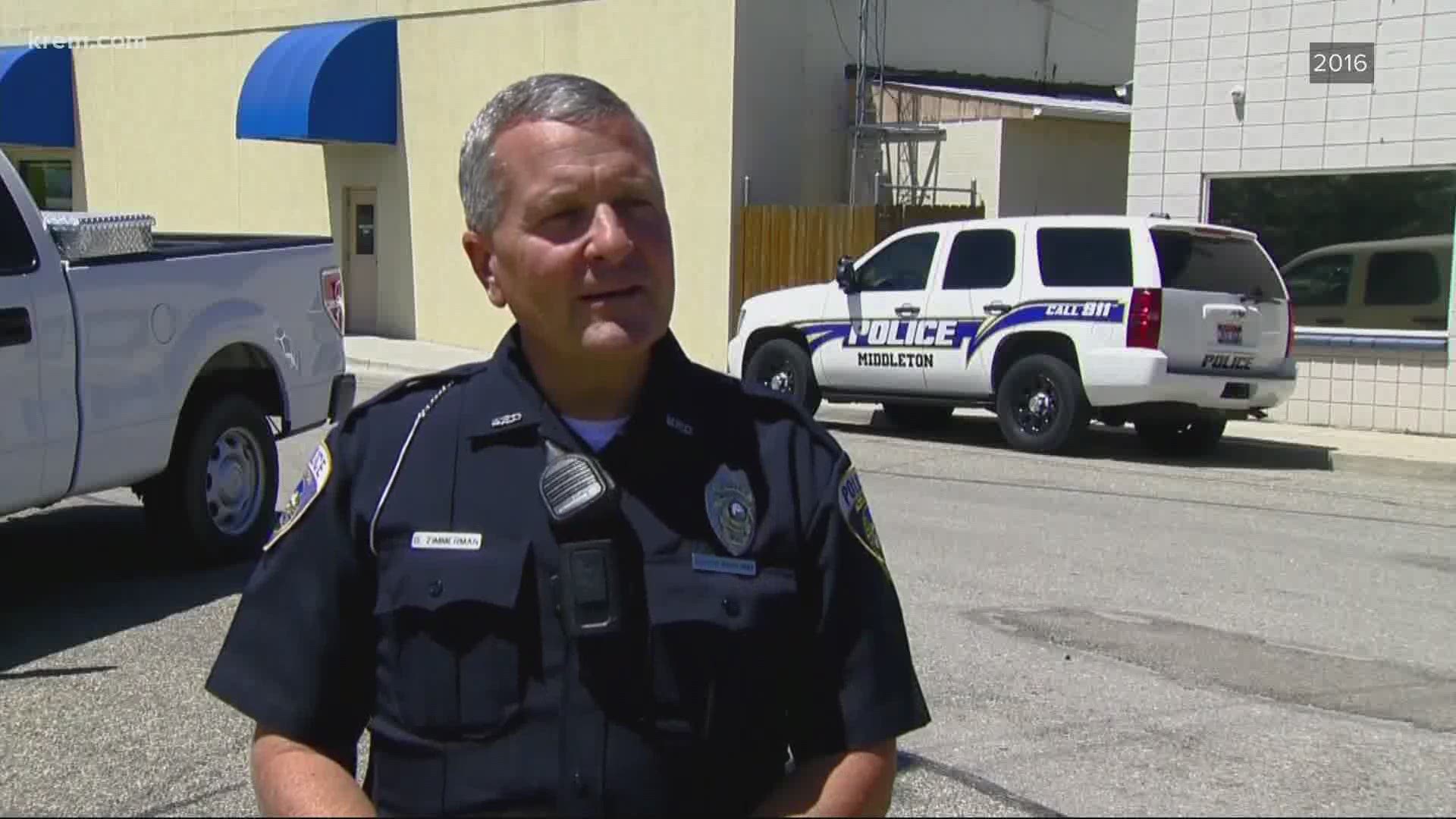 Authorities said he was off-duty at the time of the incident.

Custer County deputies responded to an incident near the Tin Cup campground at about 10:30 p.m. on Aug. 1.

Deputies said there was some kind of verbal altercation between 73-year-old Russell V. Liddell of Boise and a group of 16 to 18 campers. Liddell was not part of the group and not known to any of the campers.

During the verbal altercation, shots were fired. Zimmerman, who was a member of the camping group, fired shots that struck and killed Liddell, according to the sheriff's office.

A spokesperson for the Custer County Prosecutor's office says it has not charged anyone with a crime in connection to the incident.

Members of the group administered life-saving measures and traveled to an to get cell phone service and call 911. No one else was injured during the incident.

The Bonners Ferry Police Department said in a statement posted to its Facebook page that the city is aware of the incident involving Zimmerman. The department said he "returned fire after being fired upon by an armed individual who confronted Chief Zimmerman and the group with which he was traveling."

Zimmerman made city administration aware of the incident shortly after it happened, and the city did not feel that administrative leave or other personnel action was necessary, according to the statement.

"Zimmerman’s actions were in no way related to his employment with the City of Bonners Ferry. The City does not have any information on the status of the investigation and declines to comment upon the investigation itself," the statement reads in part.

Detectives with the Bonneville, Bingham, and Fremont County sheriff's offices, Idaho Falls Police Department, and the Idaho State Police responded to the area on the evening of Aug. 1 and have been collecting witness information and evidence related to this incident.

Autopsy results on Liddell are pending.

An online obituary says Liddell attended the University of Idaho, "where he developed a lifelong love of Idaho and the mountains." He completed his bachelor's degree at San Jose State University and enlisted in the U.S. Air Force Officer Training Corps program.

After his service in Vietnam, Liddell earned a master's degree from the University of Idaho.

"He loved being outdoors, working with his horses, travel, and adventure, but nothing compared to Russ's love and devotion to his family and his personal walk with Jesus Christ," Liddell's obituary reads in part. "His giving spirit and kind heart touched so many lives. He will be deeply missed by all who knew him."

The Custer County Sheriff's Office has turned over its investigation of the shooting to the Eastern Idaho Critical Task Force.