'I was really blessed to not be dead': North Idaho man injured by stray bullet

On Oct. 30, the Boundary County resident was talking with a friend on his cellphone when a stray bullet ripped through a bay window in his home. 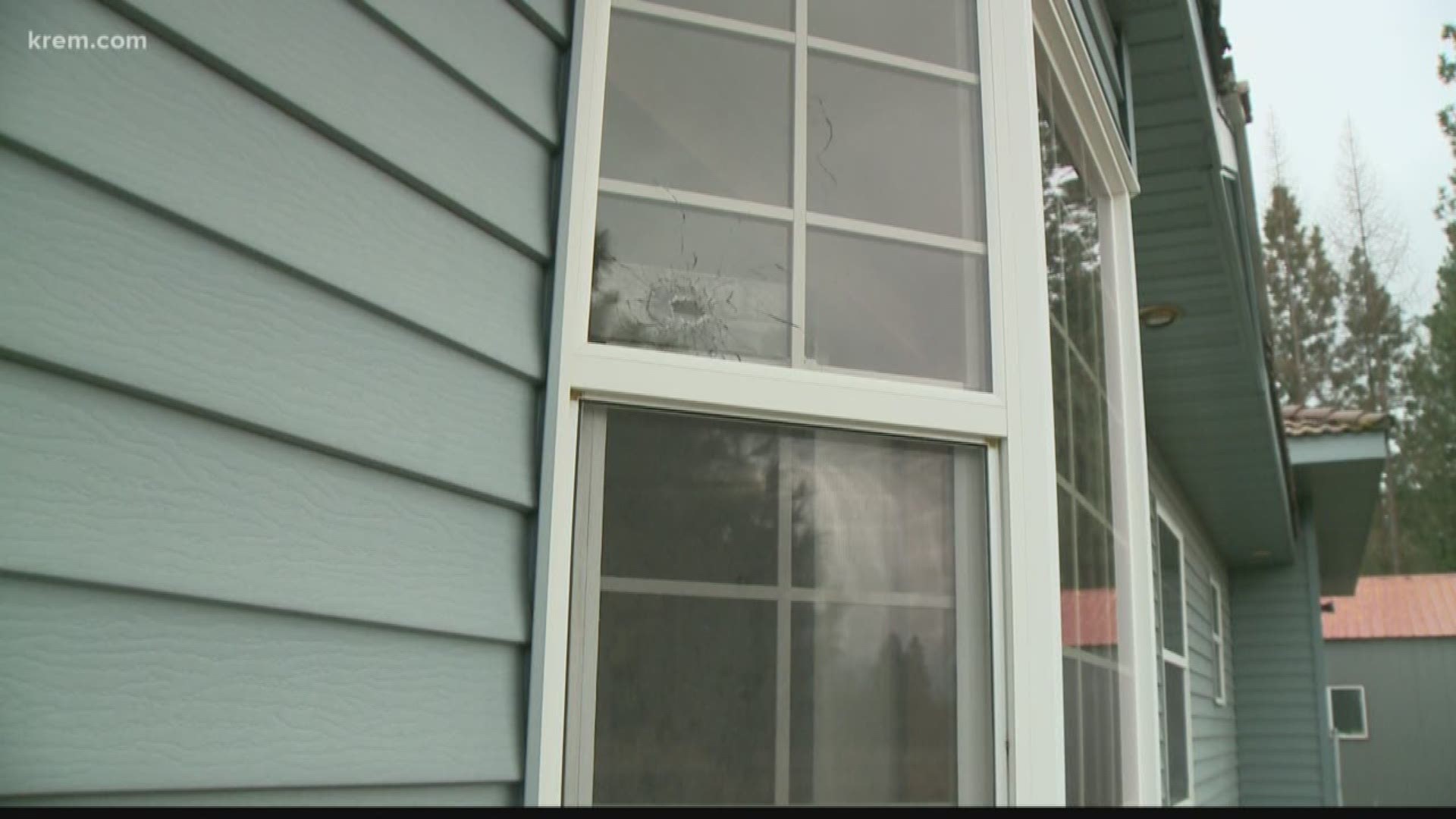 SPOKANE, Wash. — Looking back at what happened at his home in late October, Carl Hunter realizes he was inches away from having his life be drastically different.

On Oct. 30, the Boundary County resident was talking with a friend on his cellphone when a stray bullet ripped through a bay window in Hunter's home, leaving him with a gash on his neck. Hunter subsequently took himself to the hospital where the staff were required to stitch up the cut.

“What I mainly remember was the sound of the glass breaking," said Hunter during an interview with KREM on Friday. “I just feel like I was really blessed to not be dead.”

Hunter explained that he was standing at the bay window while on the phone at the time because the location provides the best cell reception at his home. Hunter and his wife live North of Bonners Ferry near Moon Shadow Road.

After a small section of the window broke, Hunter knew to quickly wrap up the phone call with his friend. “I said, ‘I think I just got shot through the window. I’ve got to go,'" Hunter said chuckling, indicating he has remained in good spirits about the incident.

Hunter said while he wasn't entirely sure if the cut on his neck was caused by the bullet or flying glass, he suspects the bullet was to blame. A subsequent CAT scan at the hospital didn't show any additional fragments under his skin.

Undersheriff Richard Stevens told KREM that the incident appears to be the aftermath of a hunting accident. The department said that based on the bullet's deformities, the bullet likely struck a tree or the ground before crashing through Hunter's window.

“Initially, [Hunter] was just very fortunate that he wasn’t more seriously injured than he was," said Stevens.

Hunter knows to be thanking his lucky stars following the accident. “Then afterwards, I’m thinking, ‘If I had been a little bit deeper into the window or at a different angle, I could have been dead instead of a cut on the throat,’” he said.

Both Hunter and Stevens emphasized the importance of area shooters and hunters shooting responsibly and knowing what lies beyond their targets. Although Hunter's home is located in a semi-rural area, both men noted the close proximity of other homes and a church in the area.

“We hope that people use incidents like this to be more careful in the future,” Stevens said.

Hunter reiterated Steven's comments, adding that he doesn't have a problem with hunting or guns to begin with. “It’s kind of a reminder of you need to think of what’s well beyond where your shooting," he said. "Especially when dealing with a high powered rifle.”

He added that he's since returned to making phone calls at the bay window, but tends to keep the accident in the back of his mind.

“It was just kind of like, ‘Wow, what are the odds of something like that happening?’ I don’t even know how to calculate that," he said. “I realized that I’ve been really blessed that all I got was a cut.”

RELATED: Criminals may be banned from being near guns in New Zealand