Avista said they have been receiving more scam activity since the snowfall on Oct. 9. The callers claim to be shutting down power if the customer doesn't pay $482. 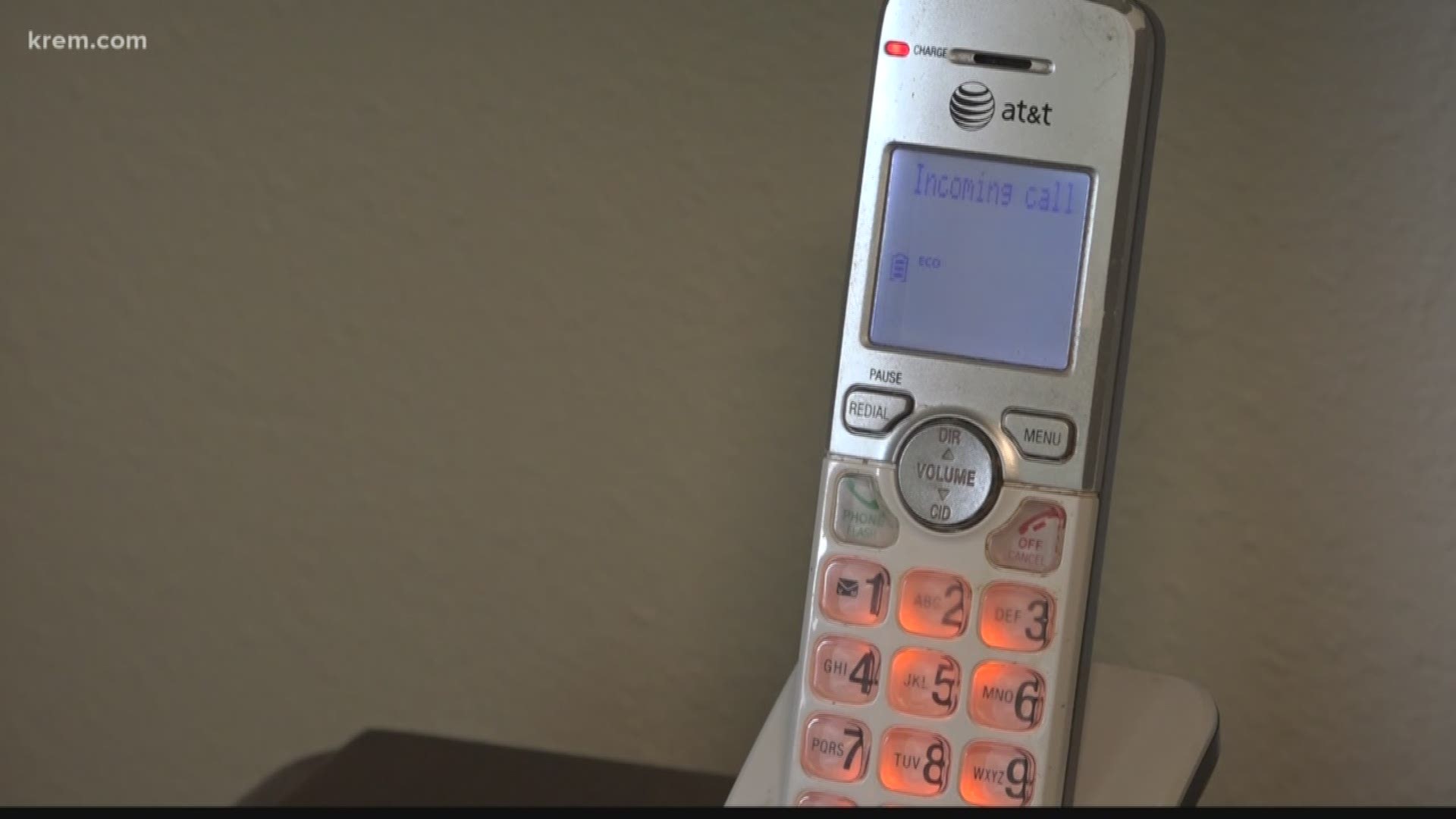 SPOKANE, Wash. — The early October snow which blanketed Spokane on the morning of Oct. 9 led to clean up after tree branches littered parks and streets, as well as another unexpected consequence — a rise in scam callers.

Scam callers have been contacting Spokane residents after the storm, claiming Avista was going to shut off their power.

Virginia Downes, a Spokane resident who received one of the fake Avista calls, said the person on the call claimed her family needed to pay a $482 deposit to avoid their power being shutoff.

"They were sending technicians over to our home and they were going to be shutting off the electricity," Downes said about the call.

To make things even more legitimate, the calls were coming from a number with a 509 area code.

Tyler Russell with the Better Business Bureau - Pacific and Northwest said the timing of these scam callers is a common tactic. The callers will wait until utilities are on the top of people's minds, such as after a storm that dumps snow on an area, making the issue even more urgent.

"Those scammers come out of the woodwork and try to prey on those consumers that want to make sure their power is on," Russell said.

Downes owns Mr. Chimney and Roof Shampoo, and as part of her business responsibilities, she answers or returns every call she receives. She said after she told the scammers that she wouldn't be paying the deposit they requested, they told her the technicians were already on their way.

"So, he transferred me to some other guy, so it sounds fairly legit," Downes said.

Russell said that business owners aren't any less worried about the things scammers call about, making them targets just like other people.

"Even if it's a business owner, you don't want those things to be able to be stopped, so they push that really, really hard to make sure you react," Russell said.

Downes experience was no different, as she described the efforts of the caller as a "strong-arm."

"It's like, trying to strong-arm you into making the deposit, which I wasn't going to do over the phone," she said.

KREM reached out to Avista to ask about the calls and what people can do to avoid falling for the scam. Avista said they received more reports of scam activity this week, and that all technicians carry identification with them and that customers should always verify their appointments.

Avista also said customers should call the company to ensure the call is legitimate, and anyone who is having their service disconnected will receive two paper notice via mail and a phone call before their power would be cut.

Downes said the best way to combat these scammers is to make sure people are educated about the calls and how to tell the difference between an actually company call and a scam.

"They are going to get some people, so I think the more people are aware and have access to the information about what's going on, that it's not Avista, then they won't be susceptible to making that payment," Downes said.

RELATED: What homeowners should do for their yards, trees after snowstorm