Storm cleanup on Manito Boulevard still a work in progress

Streets were blocked off because of all of the broken tree branches on the road, but progress has been made. 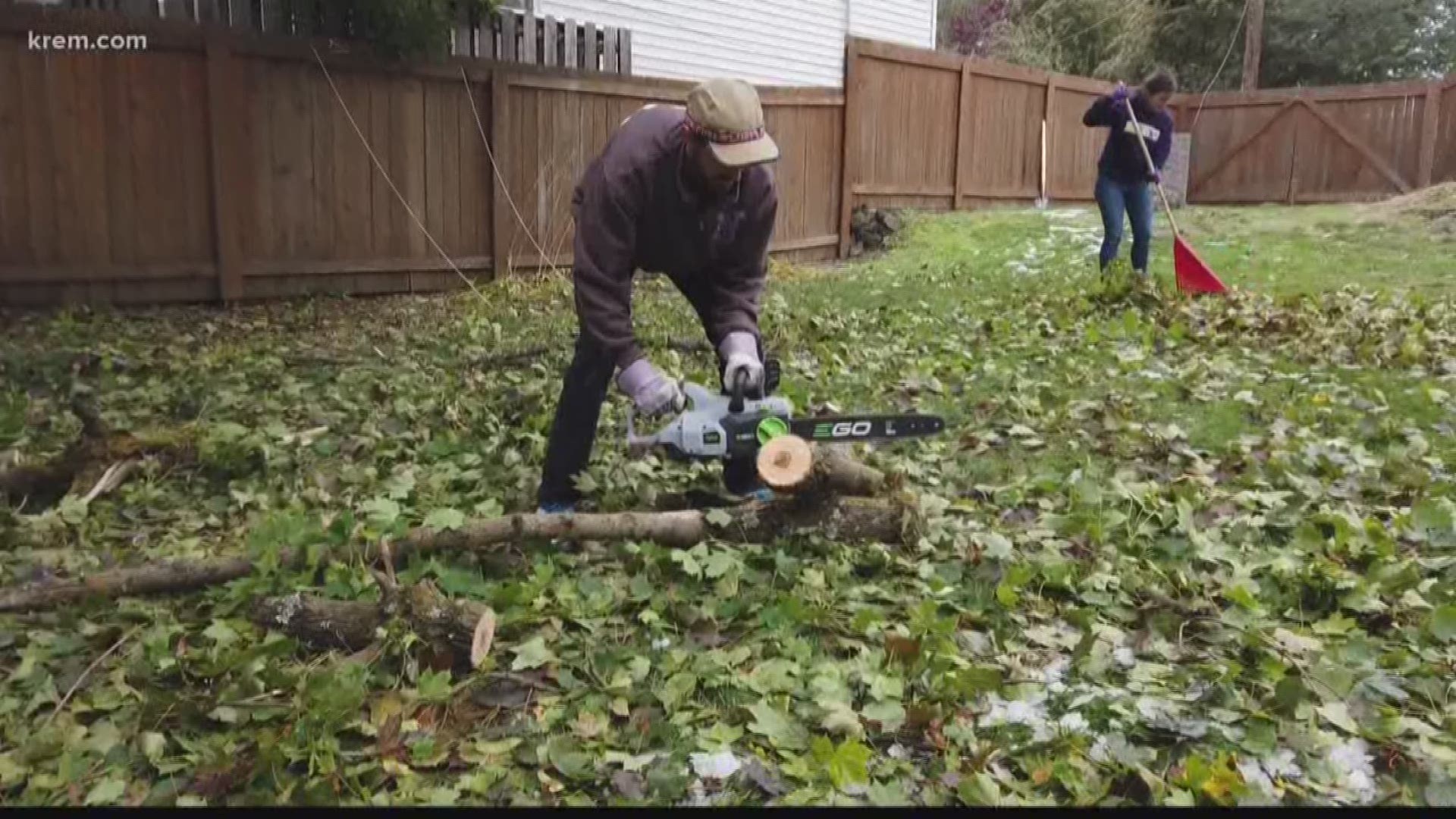 SPOKANE, Wash. — People on Manito Boulevard are still working on the cleanup in their neighborhood following the snowstorm from Tuesday evening.

Streets were blocked off because of all of the broken tree branches on the road but progress has been made.

On Sunday morning, Rob Jopson’s backyard was layered with fallen debris from a maple tree just a few feet away from his house.

It’s the first snowstorm aftermath he’s had to clean up since moving back to eastern Washington.

“Yeah we were in a studio apartment in Seattle and came back here in late spring of this year,” Jopson explained. “Cutting up wood and raking up leaves sure beats sitting in traffic.”

He and his wife work during the week so Sunday was the best day for them to tag-team the tree that knocked their power out for a few days.

The fallen tree isn’t all bad though because it’s an opportunity to take advantage of some resources.

“We have some firewood now for car camping this fall and spring and that’ll be nice,” he said.

Others are using the change in scenery as a chance to get some festive photos in. All of the debris that’s been piled up in the middle of the street has slowly been changing colors and creating a picture-perfect fall atmosphere.

Ciera Brooks is a local photographer and spent some of her day taking pictures on Manito Boulevard.

“I’ve known this area in Manito Park for quite a long time. Every single fall all these leaves just kind of hover over the street. Kind of like that rainbow effect,” Brooks said.

RELATED: Power restored to 99% of Avista customers after Spokane snowstorm